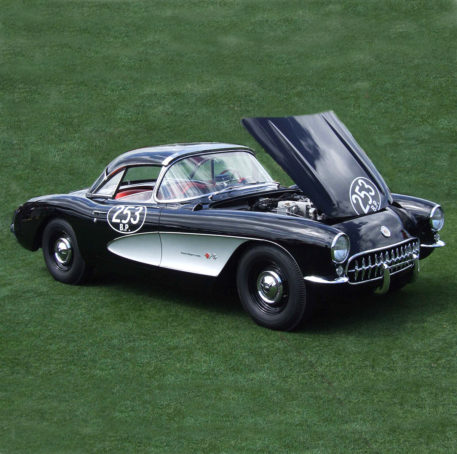 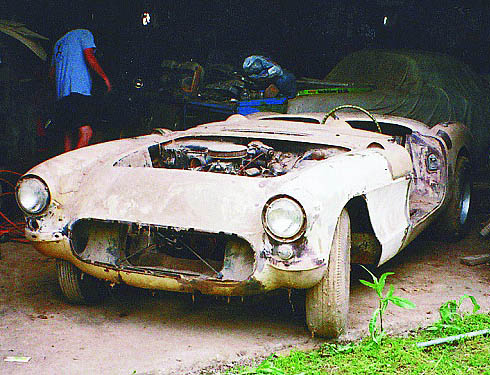 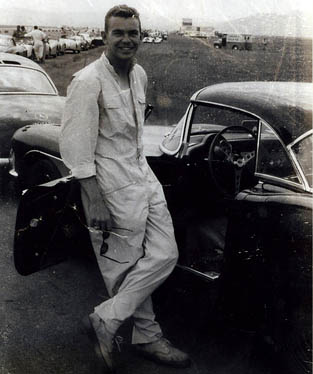 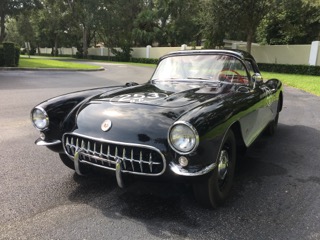 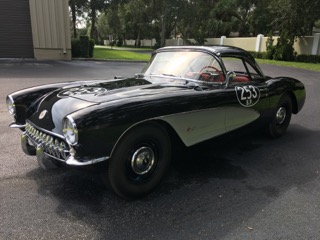 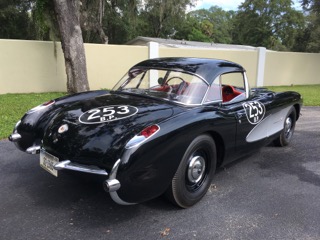 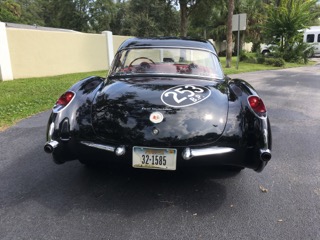 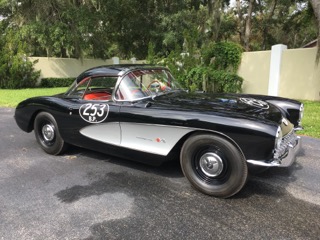 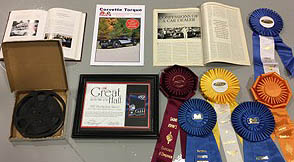 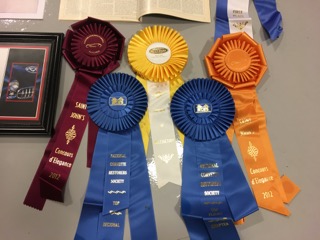 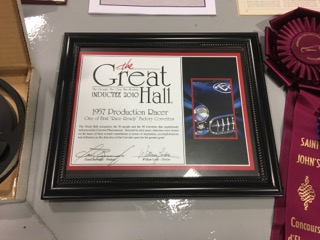 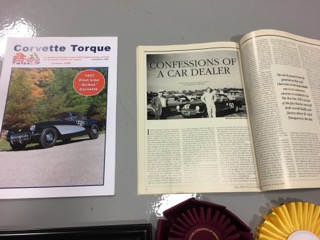 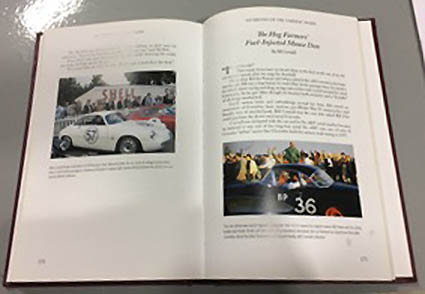 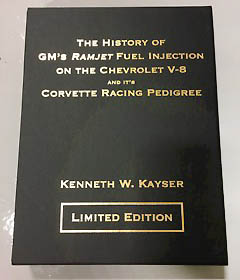 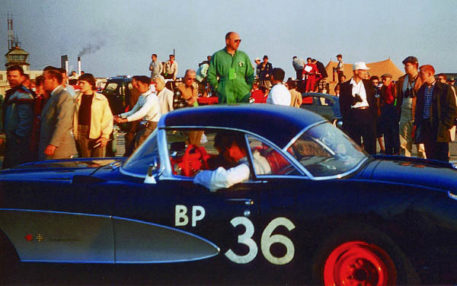 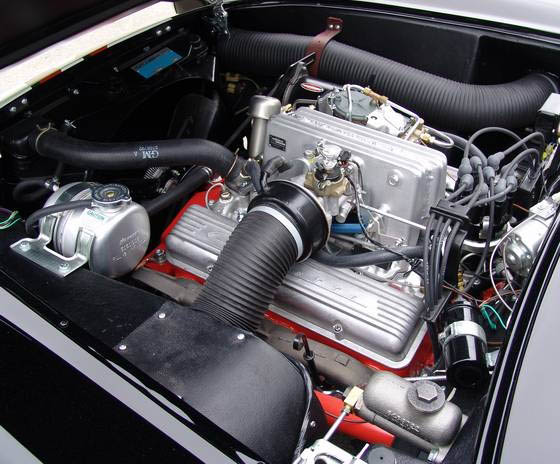 Only 43 of these so called 1957 ‘Airbox’ racing-optioned Corvettes were produced by Chevrolet and fewer than half of them are known to exist today. Only serious Corvette enthusiasts are aware that there were four basic versions of the ’57 fuel injection Corvette, listed as production order (RPO) 579 with RPO 579E offering the highest level of performance parts. Typically fitted with the RPO 684 Heavy Duty Racing Suspension, RPO 579E cars also included an 8000 rpm column mounted tach, a special Delco distributor and a cold air induction “airbox” connected to the fuel injection meter, mounted on the driver’s side inner fender panel. In addition to the performance parts the radio and heater were also deleted. These cars were clearly earmarked for racing.

The history of this car is well documented. Bill Howe, a Chevrolet dealer and amateur racer, took delivery of the car at the factory in St Louis with the soft top, courtesy light and whitewall tire option; these “frills” however were removed prior to the car’s first race in Cumberland, Maryland. These facts were verified and documented with Jack Knab, Howe’s friend and longtime Corvette racer. Howe only used the car as a racecar. It is then presumed that Howe returned the car to its original ‘factory order’ status to make the car easier to sell off at his dealership at the end of the race season.
After the car was sold on, its life and whereabouts became largely unknown until we fast forward to 2005, when two Corvette enthusiasts Bill Connell and restorer Joel Lauman were finally able to purchase a rare 1957 racing Corvette that was parked inside a barn on a pig farm outside of Trenton, Ohio. Lauman had been aware of this car’s existence for over thirty years. The two were familiar with the history of the car and its original owner, car dealer and race driver Bill Howe, who had raced the car in 1957. While Connell was convinced that this car was an original ‘Airbox’ Corvette, he and Lauman brought in noted Corvette historian and Chevy V8 fuel injection expert Ken Kayser to inspect the car. Kayser spent two days inspecting the Corvette and checking his research materials, after which he proclaimed that not only was this 1957 Corvette indeed an original “Airbox” Corvette but more importantly it was the first prototype or pilot car of the 43 that were produced. He was able to verify that the car had several prototype part numbers, including the distributor, and several other unique features such as the bracket for the steering column mounted tachometer that in slightly different design would find there way onto the later production RPO579E cars. The engine carried a very early date code of May 2, 1957, marking it as the first 579E spec motor to travel down the assembly line. Following this inspection Lauman’s restoration shop began a very detailed restoration. Restoring the 1957 Corvette to its original glory took over two years and more than 1,500 hours. Fifty years and five months after Bill Howe took delivery of number “4007”, the Corvette restoration was completed and it was immediately invited to be part of the Bloomington Gold Special Collection in 2007. Bill Connell and Joel Lauman commenting on their hog farmer’s barn find compared it to like “finding a Picasso in your attic.”

This car was the very first Corvette off the production line with the RPO579E configuration as well has having the additional unique prototype parts. It was also subsequently discovered that the car was used as a test bed for the new metallic brake lining system.

This car is one of only 50 cars inducted into the Bloomington Corvette Hall of Fame. It has won many best of show Concours awards. It has also been featured in many books, magazines, internet websites forums and also a one hour television documentary on the Velocity channel. It has its own section in the book, “The History of GM’s Fuel Injection Development and Racing Pedigree” by Ken Kayser. All of these documents/awards come with the car together with many photographs, tapes of interviews and original movie camera film of the car’s races.