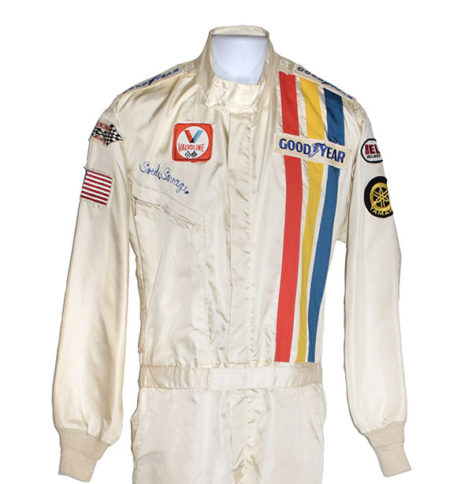 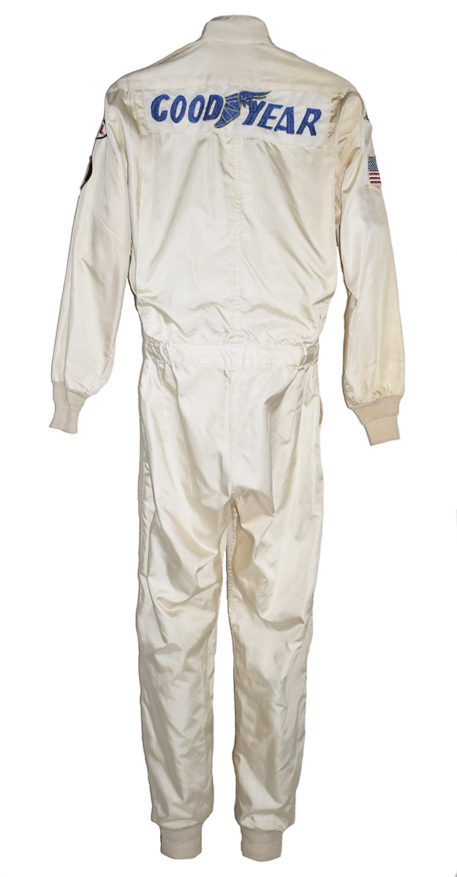 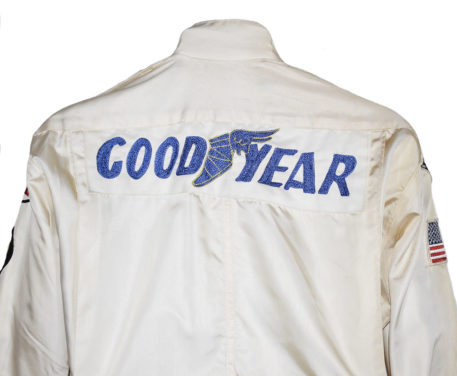 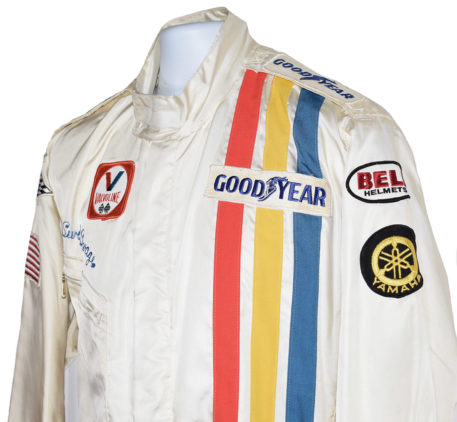 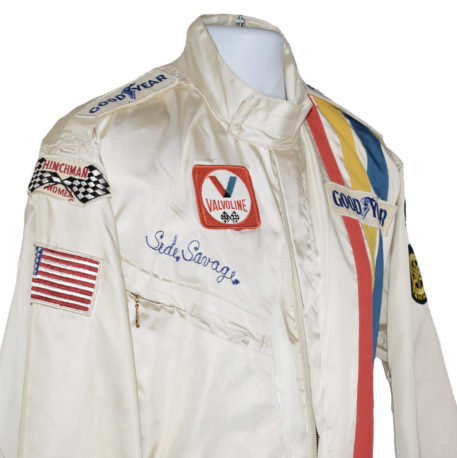 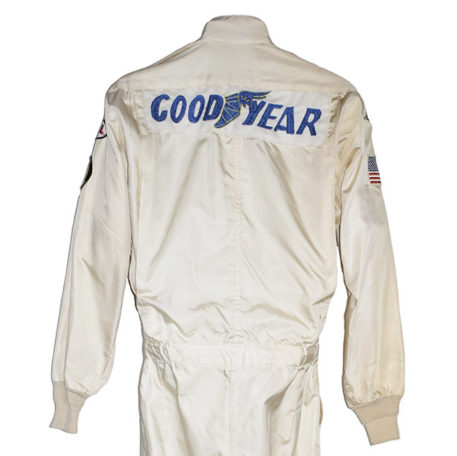 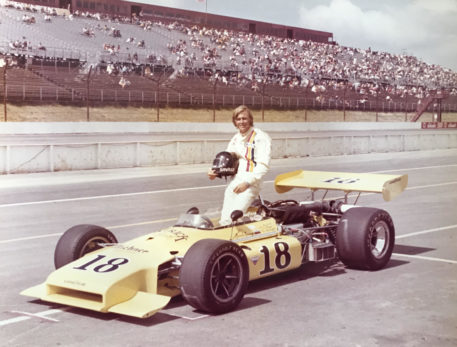 was interested in racing from an early age, trying his hand at quarter midgets and karting,

before turning his attention to motorcycles. He won multiple motorcycle races and

invited to perform in the Evel Knievel Stunt Show at Ascot Park in Los Angeles.

In 1966, Savage was invited by his mentor and friend, Dan Gurney, to Riverside

International Raceway, where, Gurney testing for Ford. Gurney introduced him to a Ford

public relations executive, who felt that Savage would be a great addition to their stable.

schedule in the NASCAR Grand National (now Sprint Cup) series in 1967. Savage made

Moody team. In three races, he had two top ten finishes and was running third and fourth

in two other races before mechanical failures caused his retirement.

In 1968, Savage split his time between NASCAR and running both USRRC and Can-Am

with Dan Gurney’s All American Racers, where he had promising results. The next few

seasons saw Savage display his skills in a number of different racing arenas.

In 1969, only five years after his high school graduation, Savage had his first and only

run at the Daytona 500, driving a Mercury Cyclone for the Wood brothers. That same

season, he made his USAC Championship Car series debut, taking the Olsonite-Eagle to

Dan Gurney, with backing from Plymouth, signed Savage to run the full 1970 season in

Trans-Am. Reliability issues caused a number of DNF’s for the team, but Swede earned

three pole position in the intensely competitive series, besting legendary drivers such as

Mark Donohue, Parnelli Jones and George Follmer. When he did manage to make it to

the checkers, it was always in the top-five. The high point came at Road America where

150, at Phoenix. With a big race win under his belt, Savage was beginning to make his

name and endeared himself to many fans.

itself wide-open, sending him hard into the wall. The resulting near-fatal head injuries

would put him out of racing for five months.

Returning to the cockpit for 1972, Savage signed with Pat Patrick for a full season in the

USAC Championship Car series. This would give the young driver the opportunity to

compete in his first Indianapolis 500. The first season with Patrick was unfruitful, with

Savage failing to finish in all but one race. His Indianapolis 500 debut was equally

inauspicious. Undaunted, he returned to the Patrick organization for 1973, teamed

alongside Gordon Johncock. He collected a pair of top-fives in the double-header at

Trenton as the team began preparations for Indianapolis.

The 1973 Indianapolis 500, turned out to be one of the darkest chapters of motor racing

history that many would prefer to forget. From the outset, practice was plagued with rain

fatal injuries. When qualifications began for the 500, Savage was the first to break the

When qualifications had concluded, he ended up with the fourth starting spot. A Monday

race day downpour delayed the start for more than four hours. At the drop of the green, a

stretch grandstands. While the injured spectators and drivers were being attended to, the

rains began to fall again, delaying the race until the next morning. Again, the skies

opened up and again, another day was lost. The rains continued on Wednesday morning,

but the clouds finally broke and the cars roared off for the start shortly after 2:00 pm.

found himself leading the Indianapolis 500 for the first time in his career. He darted into

the pit lane on lap 57, he headed back onto the race. In the blink of an eye, everything

changed. Some say that the rear wing broke, others speculate that there was oil on the

track. Whatever the case may be, Savage’s car inexplicably veered off of turn 4 and

slammed into the inside retaining wall nearly head on. The car exploded into pieces as a

crack a few jokes with the rescue workers that transported him to the hospital.

The rains hit the Speedway once again, ending the race after 332 miles. Savage’s

was in good spirits and the prognosis seemed cautiously hopeful for a full recovery.

However, he succumbed thirty-three days after the accident to complications from severe

damage to his lungs from the fumes he had inhaled. He was just 26 years old.

This suit is being made available for the first time from the Savage family. Swede’s suits

discovered. Swede was the last driver to die due to an accident on race day at the

Indianapolis 500. Swede’s wife, Sheryl, was pregnant at the time and Angela Savage was

born as Swede’s posthumous daughter four months after the crash. Angela has decided

after all these years to let a few items go to a good home. Each suit comes with a signed

COA from Hall of Fame Collection and Angela Savage.

Early research suggests this suit was race used in the 1972 season.

Please contact us today at [email protected] to purchase this suit.

*suits are still being researched on specific history and more information will be added soon.