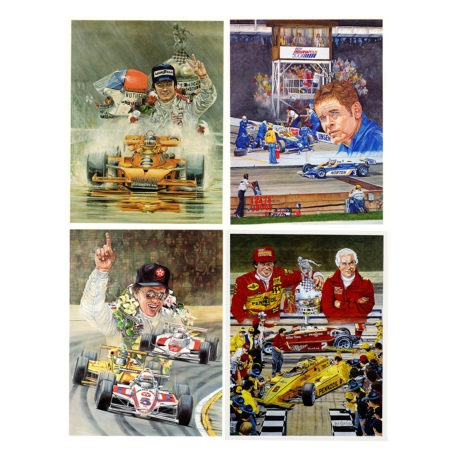 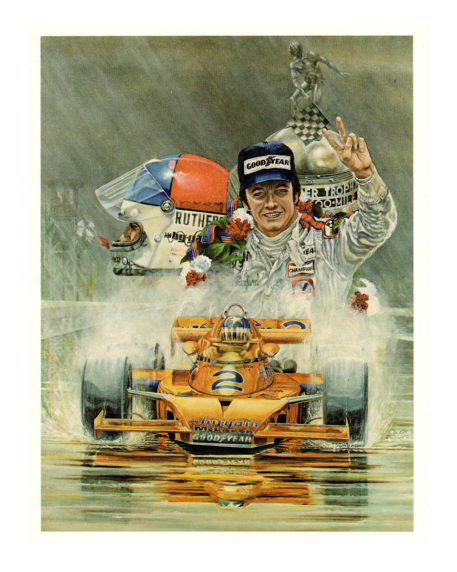 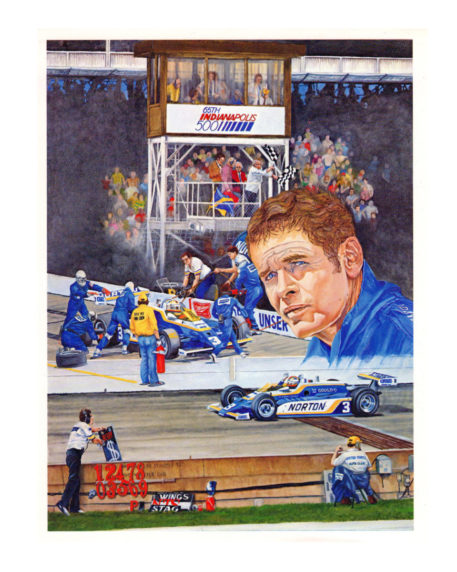 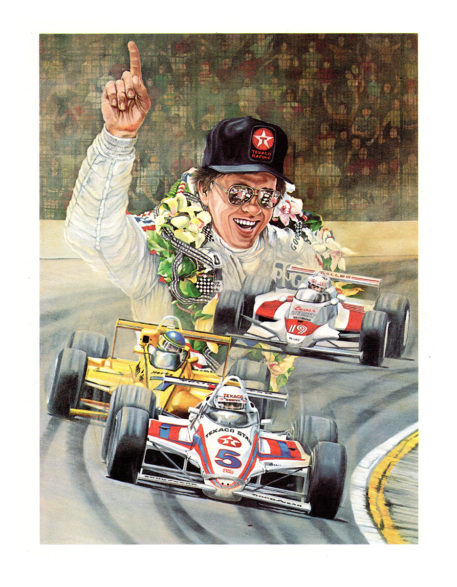 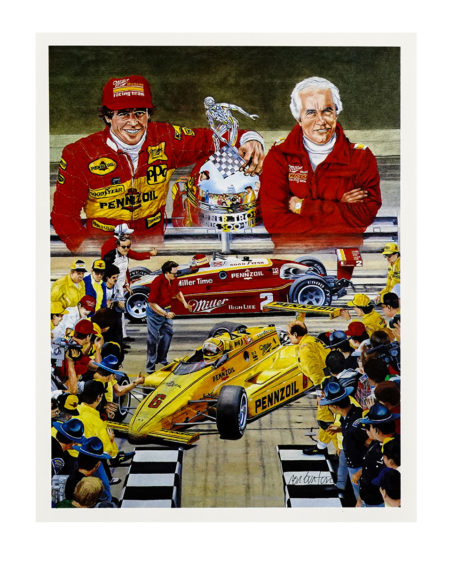 The Racing Hall of Fame Collection is pleased to offer this Ron Burton four print set of legendary Indianapolis 500 winners. Each set includes the following:

Print One: depicts ‘Rutherford in the rain’ which has 1976 winner Johnny Rutherford and his Hy-Gain McLaren splashing through the rain to take the chequered flag and his second Indy 500 win. The print also has an image of Rutherford giving a victory sign in front of the Borg Warner Trophy.

Print Two: depicts Bobby Unser pitting and crossing the yard of bricks in his Norton Penske for the final time to take his third and last Indy 500 win in 1981. It also includes a portrait image of Unser.

Print Three: depicts Tom Sneva going around both Al Unser Sr and son Al Unser Jr, to pull out an unassailable lead in his Texaco Star March to take the 1983 race. The print includes an image of Sneva giving a ‘Number One’ salute.

Print Four: shows Rick Mears driving into the Winners  Circle after dominating the 1984 race in his Pennzoil Penske. This was Mears’s second of four Indy 500 wins. Also shown is Mears and team owner Roger Penske sitting beside the Borg Warner Trophy.

The print sets come with a Certificate Of Authenticity.