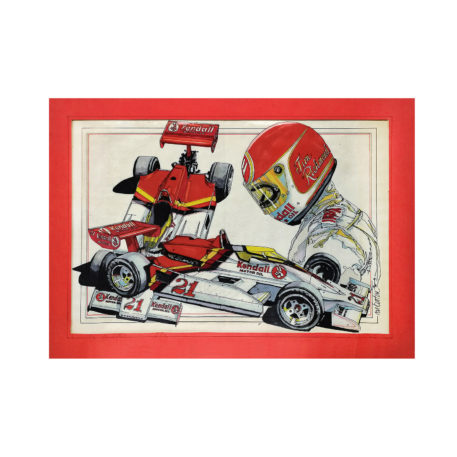 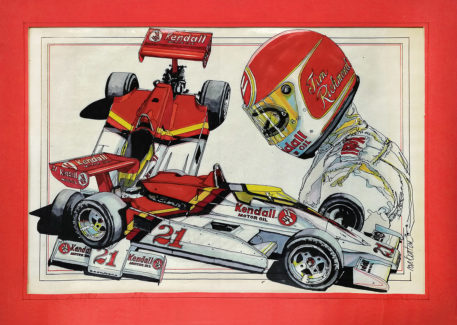 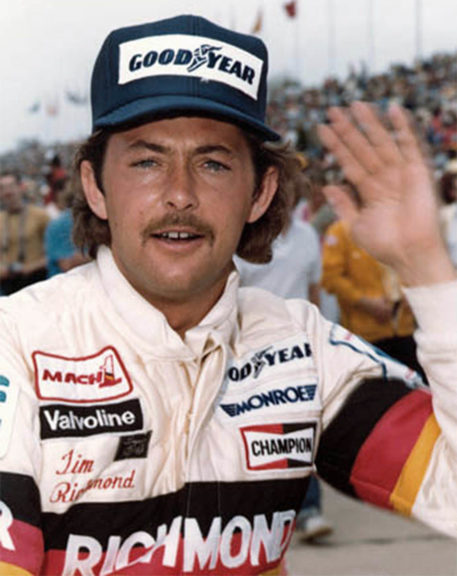 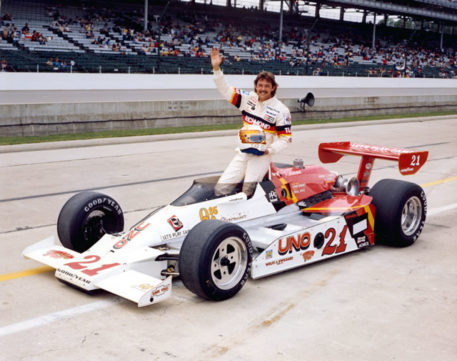 Fabulous Ron Burton ink and marker artwork of larger than life Tim Richmond. The American attracted the nickname ‘Hollywood’ due to his freewheeling lifestyle and film star good looks. He excelled in all sports and started his racing career as most do in karts. After having spells in Formula Vee , Sprint and Supermodified cars he moved into IndyCar, making one appearance at the Indy 500 in 1980. Richmond then was enticed to the NASCAR Winston Cup Series. He was around the series for seven years having full time drives in five. He notched up thirteen wins and many top five finishes. Just as Richmond star was rising he was struck down with acquired immune deficiency syndrome. He battled the illness as long as he could even winning two races in poor health. Unfortunately Richmond passed away in 1989, aged 34.

This rendition is of Richmond’s 1980 Indianapolis 500 entry. It has a portrait image of Richmond in helmet and race suit along with two views of the Penske/Cosworth car that he drove to a ninth place finish, which gave him the Rookie of the year award.

The Image size is approximately 26 inches x 16 inches and is matted with red board. There is a slight age yellowing to the edges of the image but this does not distract from the quality of this piece.