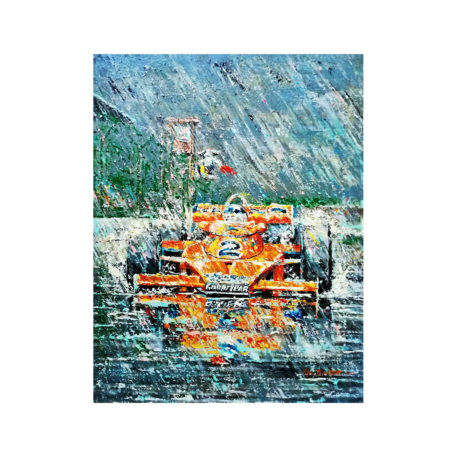 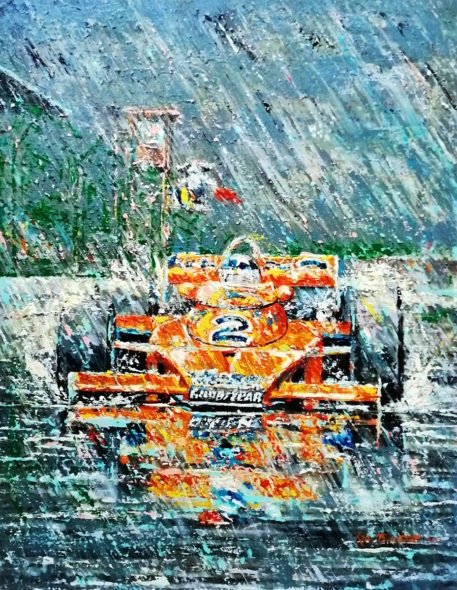 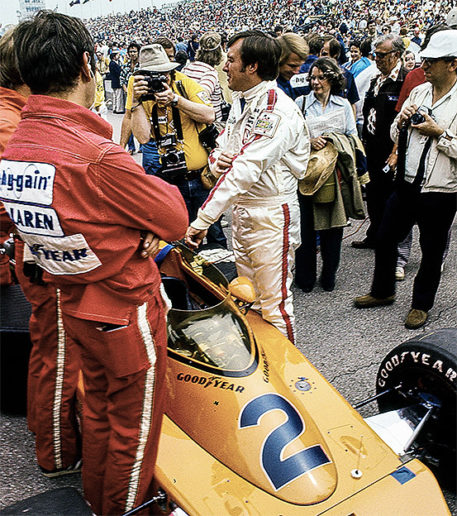 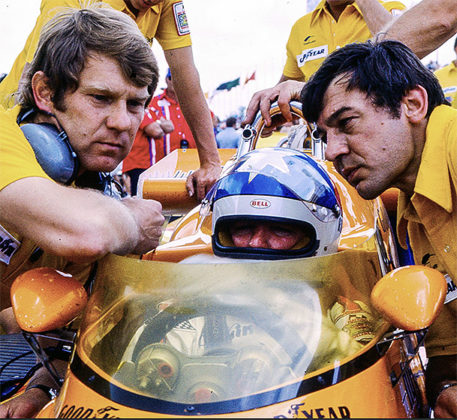 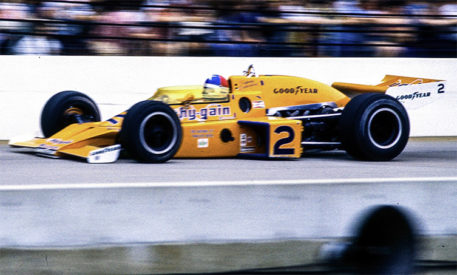 This 24 inch (121cm) x 18 inch (91cm) image portrays Johnny Rutherford splashing his way down the front straightway while leading 1976 Indy 500 when rain halted the race on lap 103. Polesitter Johnny Rutherford took the lead on lap 80 before the rain clouds covered the track. Two hours later, as the race was about to be resumed, but rain fell again. USAC officials called the race at that point, Johnny Rutherford was declared the winner, his second career Indy 500 triumph. Having completed only 255 miles, this was shortest official race on record. Rutherford’s victory would be the final win at Indy for the venerable Offenhauser engine. It was the beginning of the end of an era which had seen 27 Indy 500 victories for the Offy powerplant.

Burton has captured this historic moment in this contemporary abstract style composition, of Rutherford and his Hy-Gain McLaren, crossing the yard of bricks as the red flag red flag is waved to stop the race. The style of the image also portrays the severity of the weather on the day. It has been signed by Ron Burton and comes unframed.

Ron is a well known personality around the race tacks of America and we friends with many involved in the sport. Including drivers, team owners and dignitaries, Ron’s artwork adorns many of their homes race shops offices.

This original artwork would be a tremendous addition to any motorsport collection.