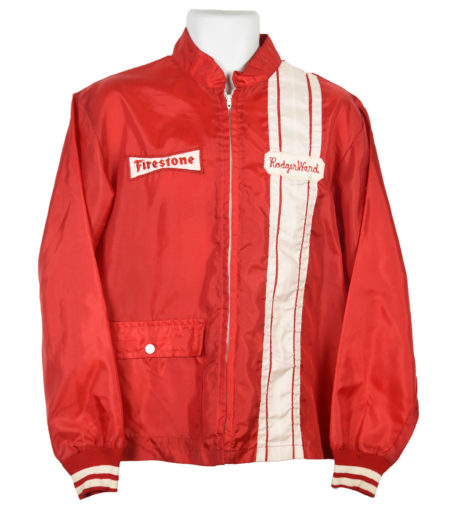 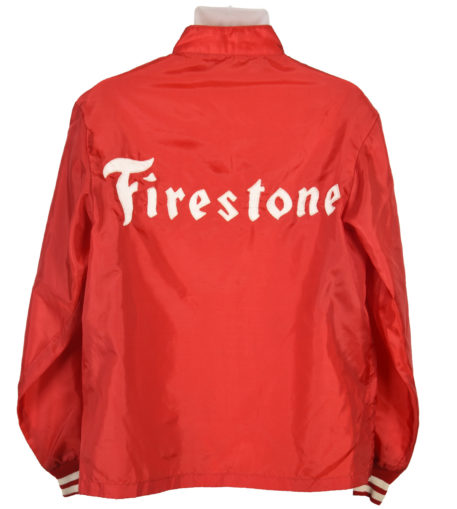 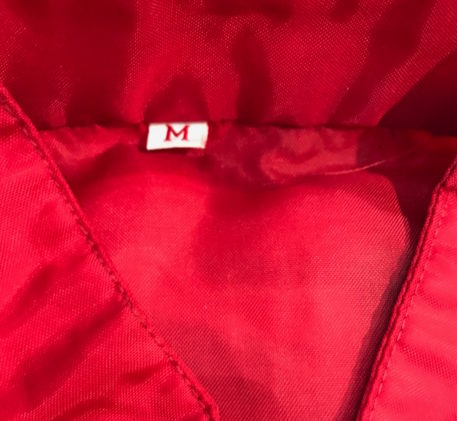 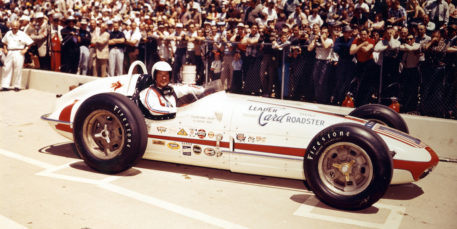 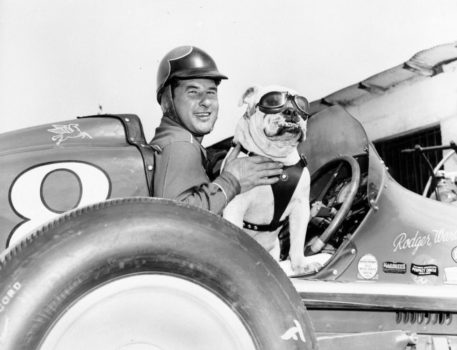 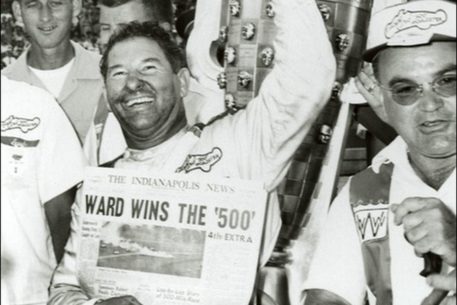 Ward  was a WWII P-38 aviator in the United States Army Air Forces, and an American race driver with 26 victories in top echelon open-wheel racing in North America, which included two Indianapolis 500 victories, and two USAC National Championships. Ward conceived the classic tri-oval design and layout of Pocono International Raceway, modeled after his three favorite signature turns, at Trenton, Indianapolis and Milwaukee. In 1959 he joined the Leader Card Racers team with owner Bob Wilke and mechanic A. J. Watson, forming what was known then as the “3 W’s”. Ward won his first Indianapolis 500, and the USAC National Championship with victories at Milwaukee, DuQuoin and the Indy Fairgrounds. His 1959 season ended by competing in the only United States Grand Prix held at Sebring Raceway. The 1962 Indy 500 marked the final 500 wherein the entire 33-car field consisted of U.S.-born participants. It was also the first race held with the track surface paved entirely in asphalt, with just the ceremonial single yard of bricks exposed at the start/finish line. Ward took the lead at the 1962 Indianapolis 500 at lap 126, leading the final 31 laps en route to victory. It was his second 500 win, after winning also in 1959, as mentioned above. His Leader Cards teammate Len Sutton finished second, accomplishing the first team “sweep” of 1st-2nd since the Blue Crown team did it in 1947 and 1948. Ward  would also win the season championship that year.

The jacket is in a size medium and comes with a Certificate Of Authenticity.