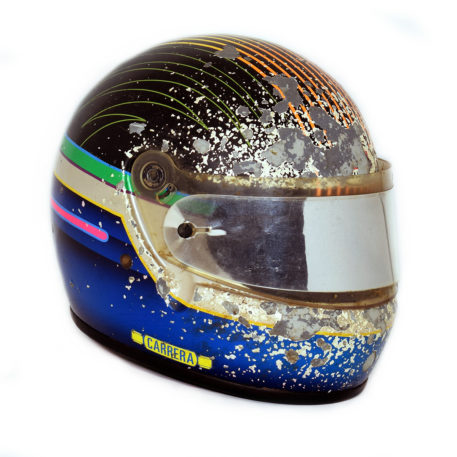 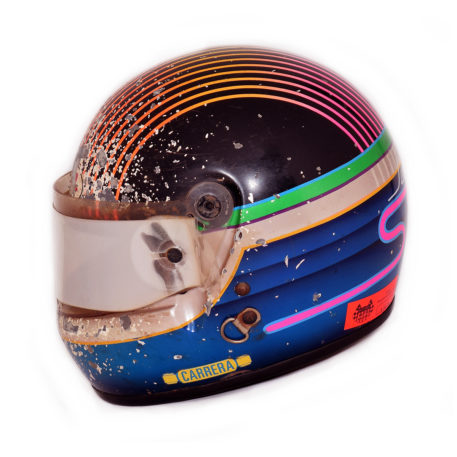 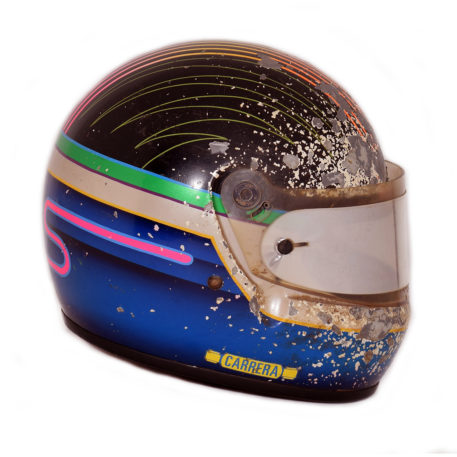 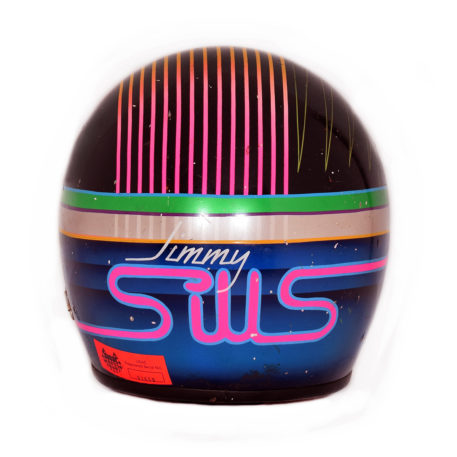 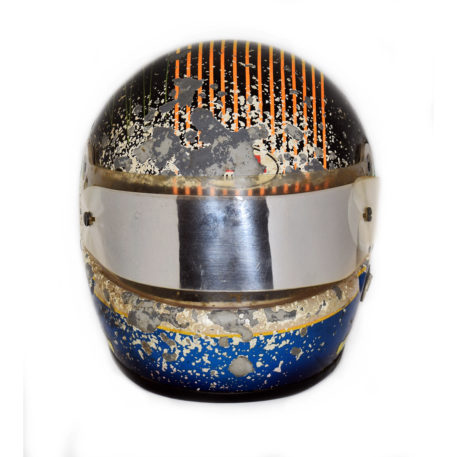 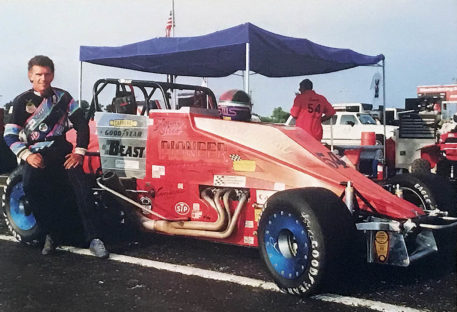 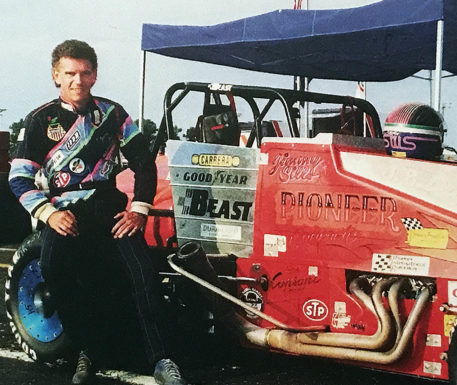 In a career spanning thirty SprintCar driver Jimmy Sills competed with and beat some of the superstars of American open wheel racing including the likes of Jeff Gordon, Tony Stewart and Rich Vogler to name just a few. Sillis racing record has many wins and highlights including being USAC National Silver Crown Champion four times (78, 90, 94, and 96). Winning 1978 Australian Sprintcar Classic and 1998 New Zealand Midget Grand Prix. He was also runner up in the 1978 Australian Sprintcar Championship. When Sills quit active racing he focused on the technology side of racing and also started a now renowned Sprint Car racing school

This Bell helmet was worn in the 1990 USAC Championship year. It has the heavy scars of being used in many events. The top of the helmet is in black with many yellow fading to pink lines running over the top. Also to the top right side there is a green pinstripe flash, there are two dividing bands in white and green running around the middle. The blue bottom half has Sills name prominently painted on the back in vivid blue and pink. The helmet also has its USAC tech sticker still attached. It has been photo- matched (see pictures) to being used in Jimmy Sills win at the 1990 Sacramento 100.