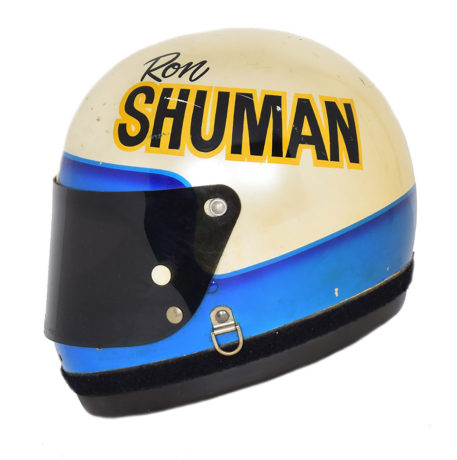 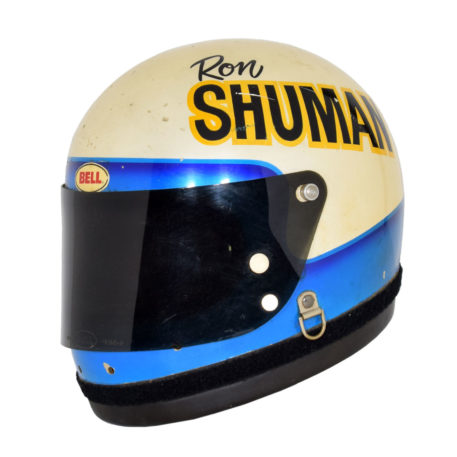 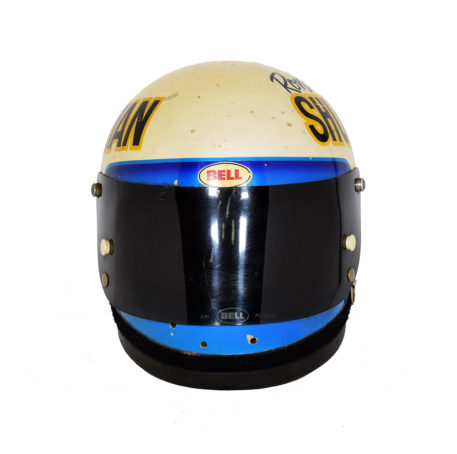 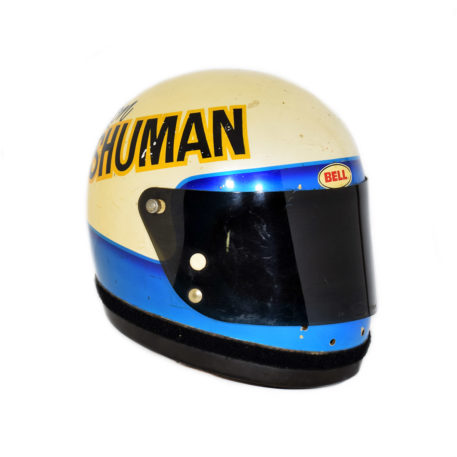 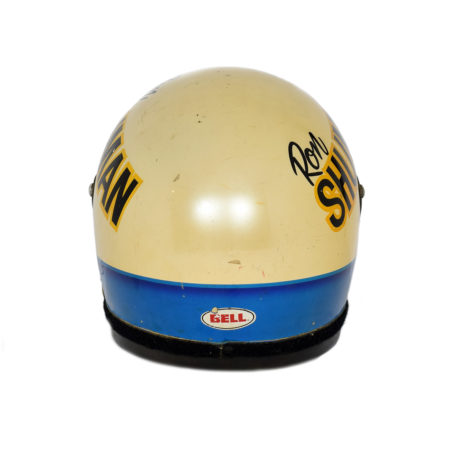 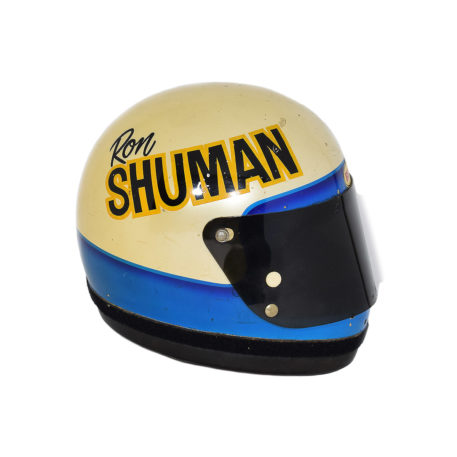 Helmet worn by one of the top Sprint/Midget car drivers of his era, Ron ‘The Flying Shu” Shuman. Having many wins throughout his career Shuman is best remembered for having won Midget Cars’ premier event, the ‘Turkey Night Grand Prix’, a record eight times from 1979 to 1993. He was also a champion at the Knoxville Nationals in 1979. Shuman also tried his hand at the IndyCar series before returning to World of Outlaws Sprint cars series. He was inducted into the National Sprint Car Hall of Fame in 2003. Shuman was recognised by having a race named in his honour , ‘The Ron Shuman Classic’, which runs annually at Lakeside Speedway, Kansas.

This Bell helmet was used by Shuman in 1979 while driving the Auto Shack dirt sprint car. The white base color has a thick airbrushed mid to dark blue band, edged with a light blue pinstripe, which runs around the bottom and around the eye port of the helmet. Shuman’s name is prominently painted on both top sides, in black and yellow.