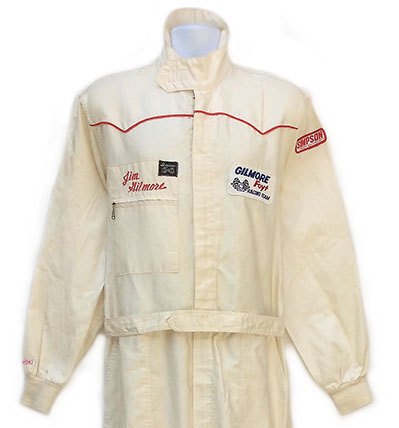 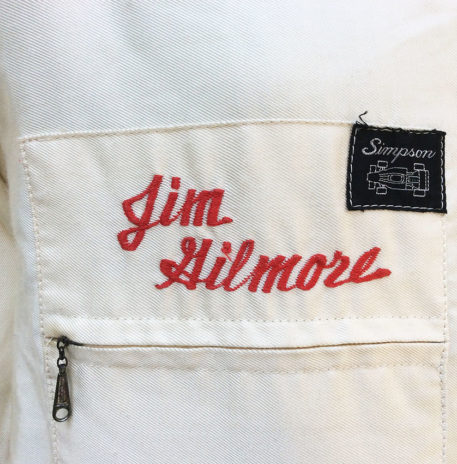 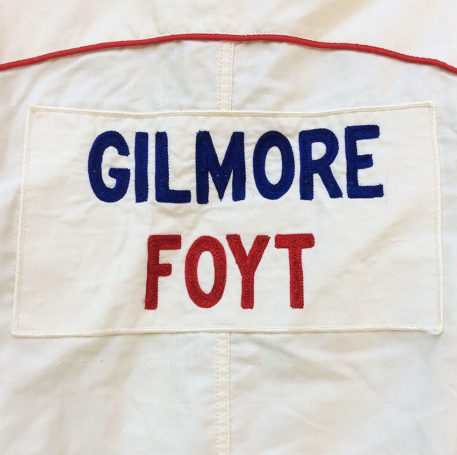 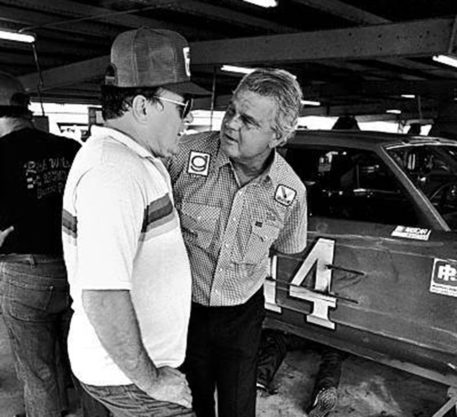 After building a radio and TV broadcasting business, Gilmore ventured into motor sport sponsorship, starting with the funding of Jack Brabham’s 1967 Indy 500 entry. He was subsequently approached by other teams and drivers and, over the following years, sponsored entries driven by Gordon Johncock, Art Pollard and Mel Kenyon. In 1972 Gilmore received a phone call from A.J. Foyt and formed a partnership that would last for 32 years and achieving many victories in Indy, Sprint, Truck and Stock car racing. It was to become one of the most recognisable team sponsorships in American racing history, with their unmistakable bright orange liveried cars and their plaid race team shirts standing out at the race track. Sadly Jim Gilmore would die in an auto accident in 2000.

This white, with red piping, Simpson overall set has the Foyt Gilmore team patches sewn on the chest and back with Jim’s name  embroidered in red on to the left chest pocket.

The overall set comes with a Certificate Of Authenticity.