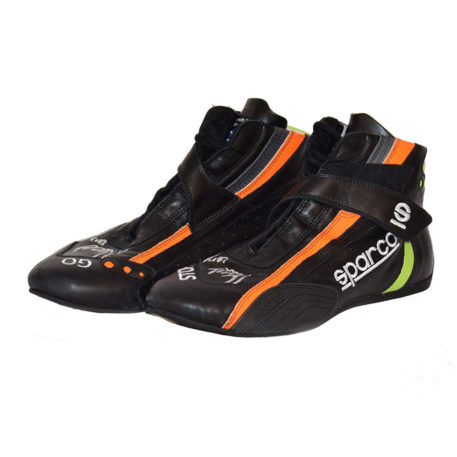 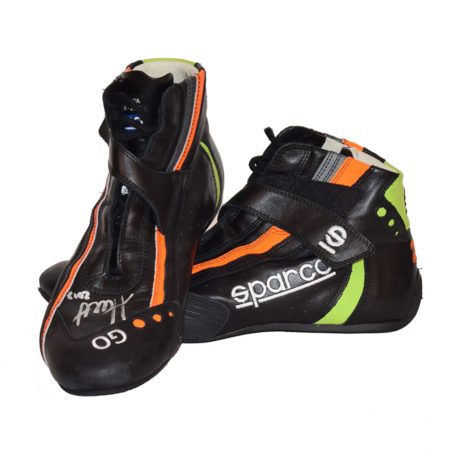 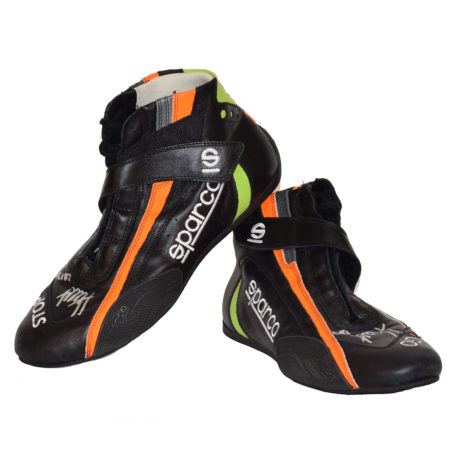 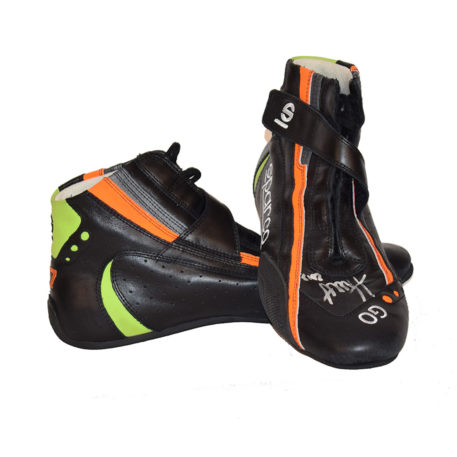 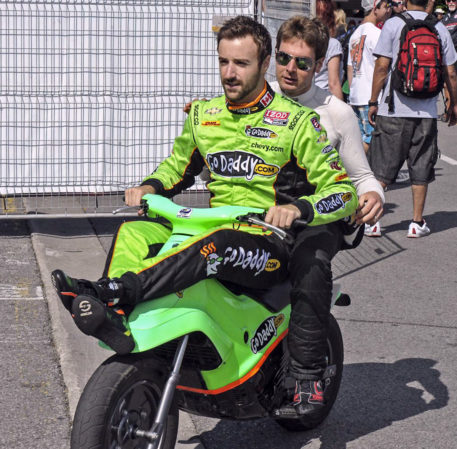 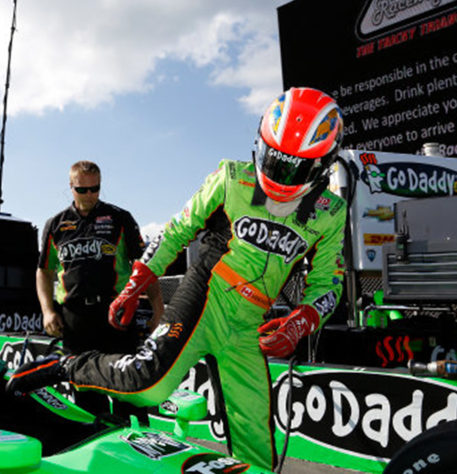 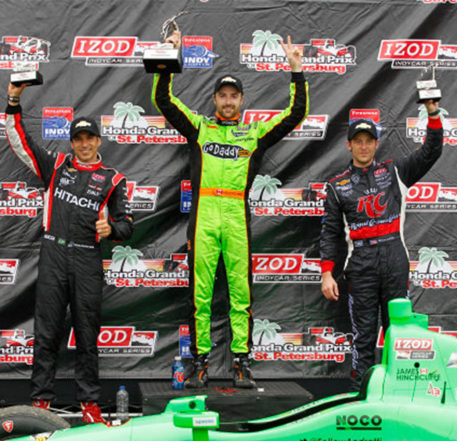 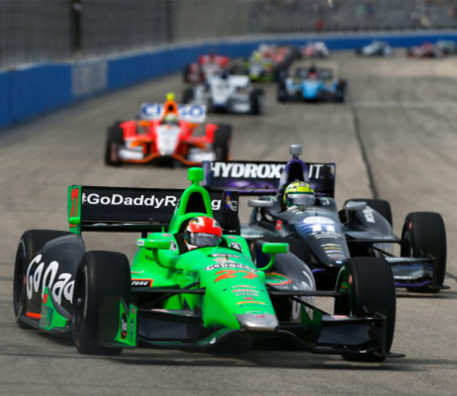 Hinchcliffe would have one of his best years to date in 2013, by having six top five finishes including three wins. The wins came at St. Petersburg, São Paulo and Iowa. Hinchcliffe won the São Paulo event with a memorable overtaking manoeuvre passing Takuma Sato, on the final corner of the final lap.

The black boots have fluorescent orange lines with grey insert running from the ankle to the front either side there are fluorescent green flashes and panels to the heel and back there are also Sparco branding logos and dots to the front sides. The both boots have been personally signed and dated by James Hinchcliffe and come with a full Certificate of Authenticity.