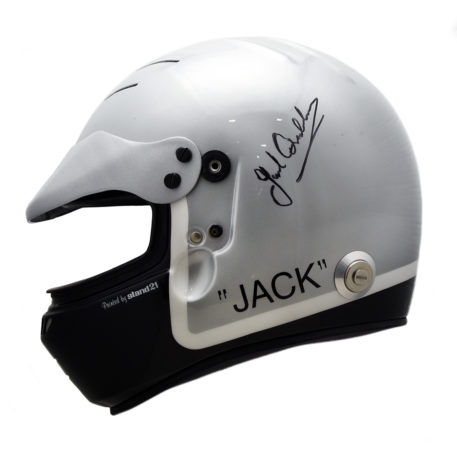 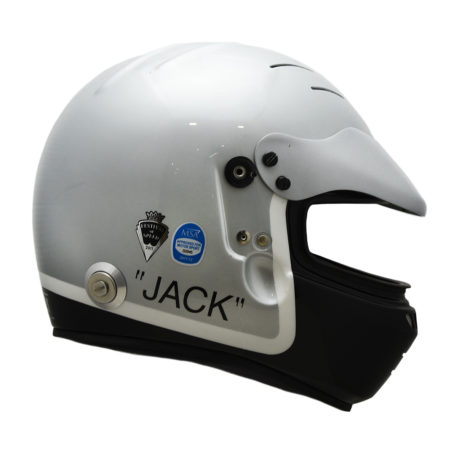 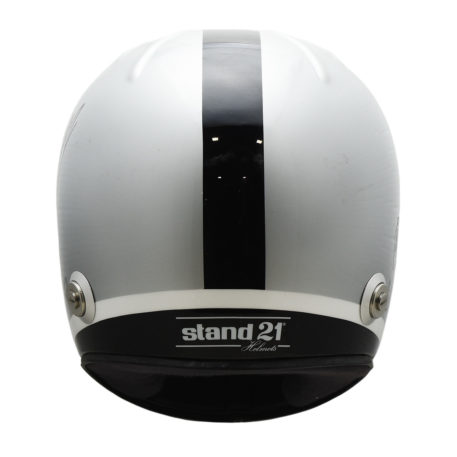 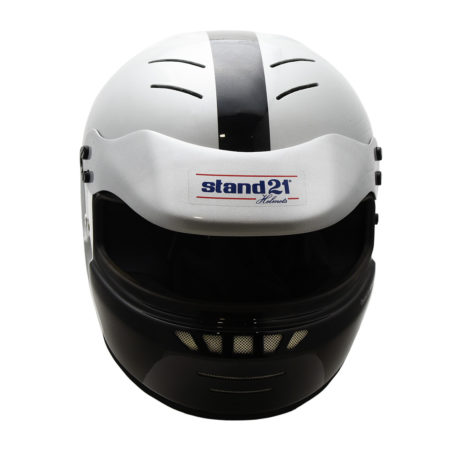 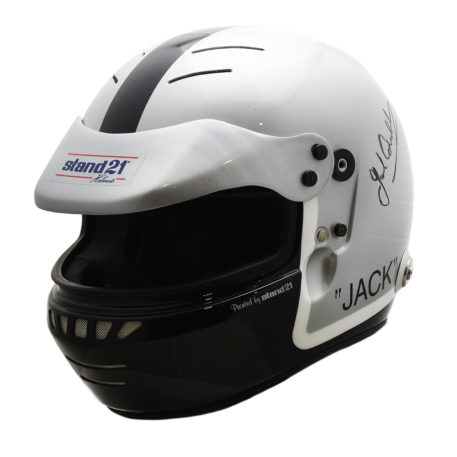 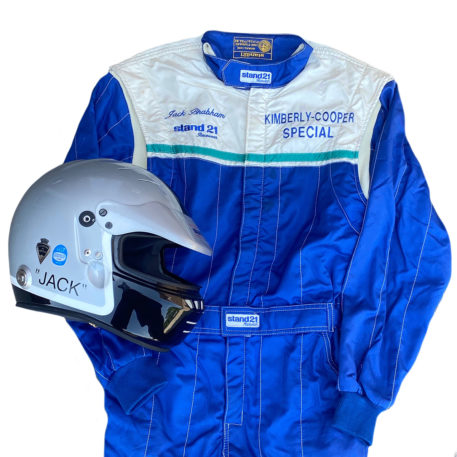 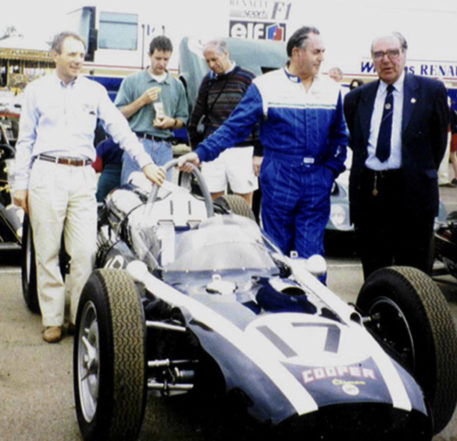 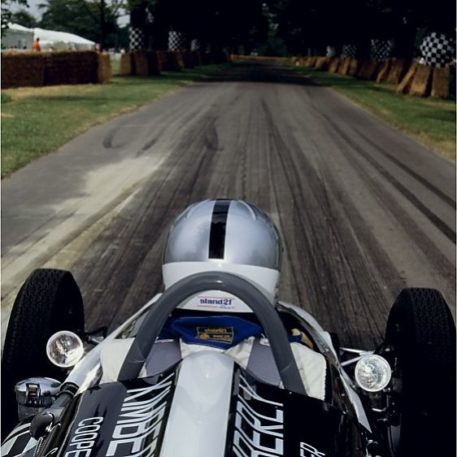 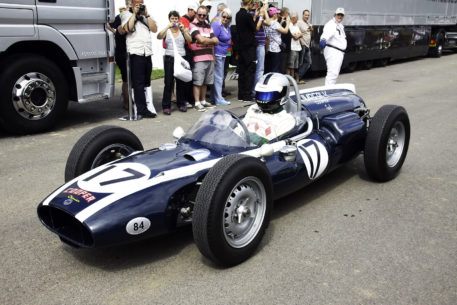 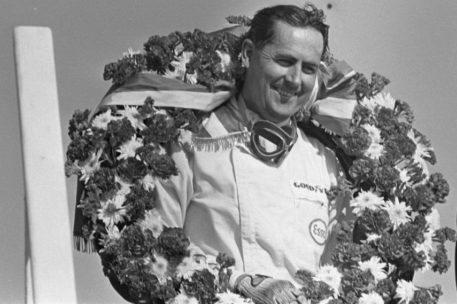 This Stand 21 helmet is one of the last racing helmets used by one of Formula One’s all-time greats,  Sir Jack Brabham. The Australian racing driver was Formula One World Champion in 1959, 1960, and 1966. He co-founded the Brabham racing team and was the constructor of the championship race cars that bore his name. He was the first, and still the only man, to win the Formula One World Championship while driving one of his own cars. Sir Jack retired to Australia after the 1970 F1 season, where he would buy a farm, and maintained several business interests which included Engine Developments, a racing engine manufacturer, and several garages. He was also honored for his service to motorsport with an Officer of the Order of the British Empire (OBE) in 1966. He then became the first post-war racing driver to be knighted receiving the honor in 1978. Sir Jack Brabham sadly passed away in 2014 at age 88.

This helmet was used by Sir Jack while driving at various historic racing events. It is believed to have been used over his latter years while appearing at many of these functions, where Sir Jack would drive the very Brabham cars which he made famous throughout his career. He was a regular guest for many years at the Goodwood Festivals in the UK and would have worn this helmet there, as well as at many other worldwide events.

The black, silver, and white peaked full-face helmet has a black stripe running over its top, back to front, to replicate his original racing helmets. On either side of the helmet is the “Jack” name and just above this, on the left side, Sir Jack has personally signed the helmet.

This is a fabulous opportunity to own one of the very last helmets used by this great man and icon of F1 racing.