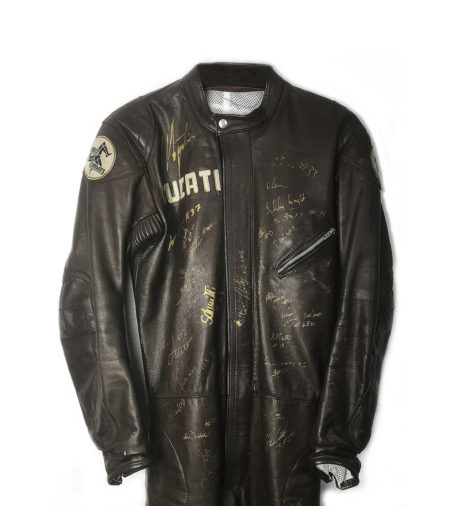 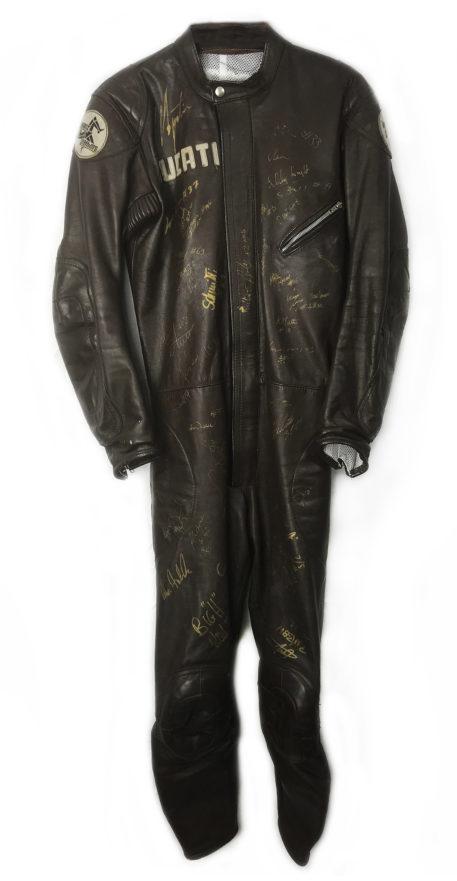 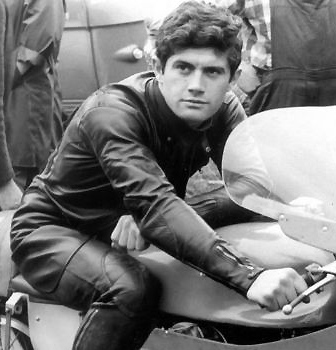 Vintage set of multi-signed brown Manx Leathers autographed around the 2008 period at the Isle of Man TT races.

The leathers date from around the 70’s era and would have been very similar to the type that one of the greatest motorcycle riders of all time, Giacomo Agostini, would have worn while winning his 15 World Championships. These leathers were originally sold as Agostini’s from a TT parade lap into a private collection but we have been able to find a photo match to prove this. The leathers have the Ducati name in white and Manx Leather patches stitched onto them and are fabulous regardless of when they were used.

The leathers have been personally signed by 36 of the riders that competed in or around the TT races in 2008.

The riders that have signed the leathers are as follows:

Other riders who have also signed are:

Unfortunately, since the signing these leathers, Steve Norbury and Paul Shoesmith have passed away.

Leathers come with a full Certificate Of Authenticity.