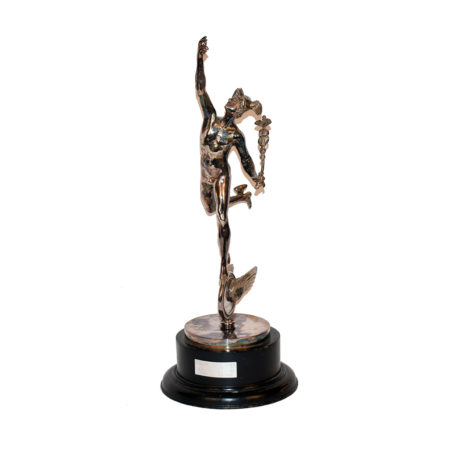 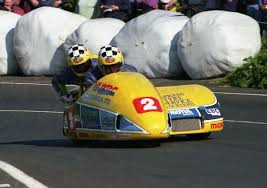 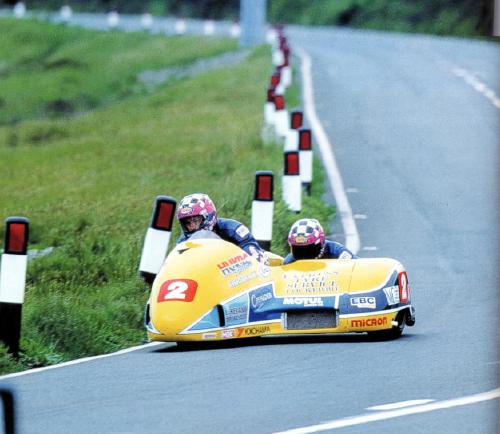 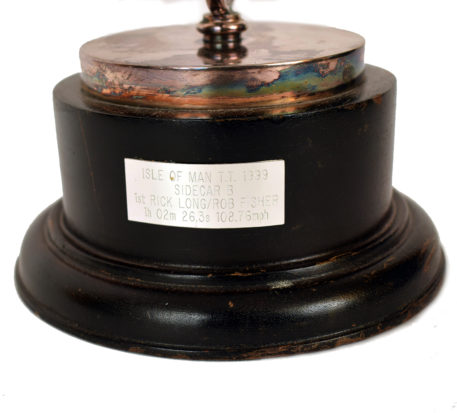 Original race winning Isle of Man TT Trophy won by Rick Long who was the sidecar passenger for Rob Fisher at the 1999 Isle of Man TT. In the second race of the week for the 3-wheeled machines, Fisher and Long won Race B in 1 hour 2 mins and 26.3 seconds at an average speed of 108.76 MPH.

These iconic TT win trophies almost never come available on the collectibles market. The bronze statue is approximately 1 foot high with a wooden base which has been engraved with the winners’ names.

You can own this fantastic piece of motor sport history from one of the oldest races in the world. The Isle of Man TT race has been held on the Island each year since 1907. This trophy will make a unique center piece in anyone’s memorabilia collection.