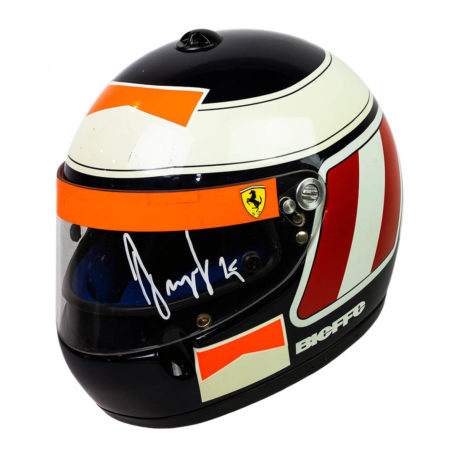 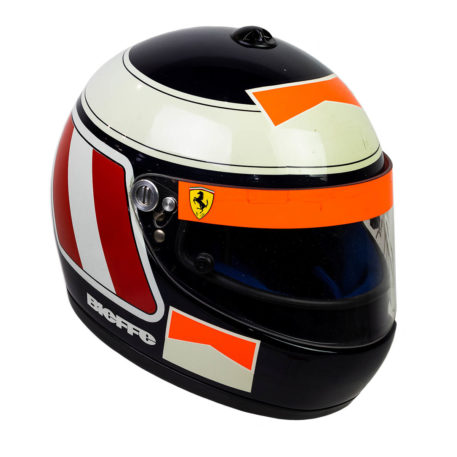 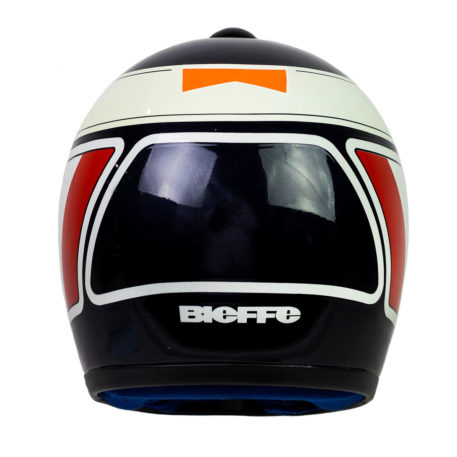 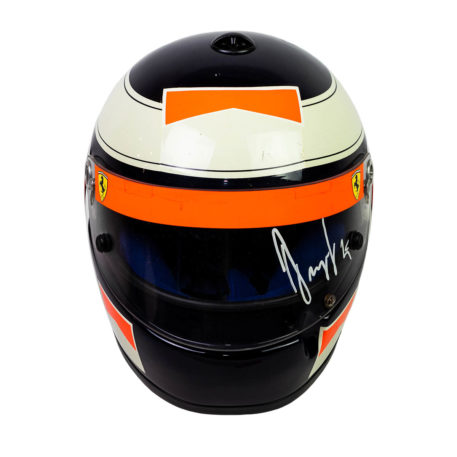 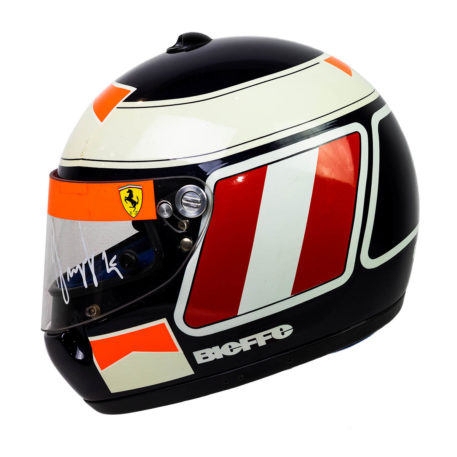 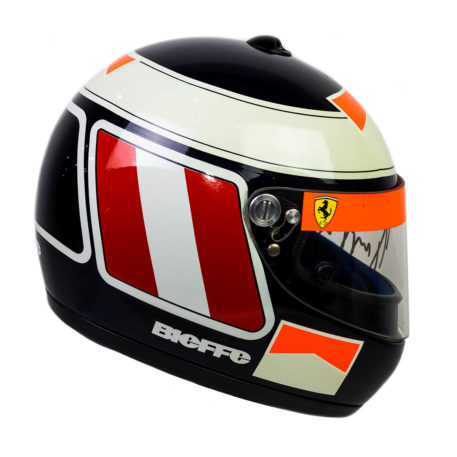 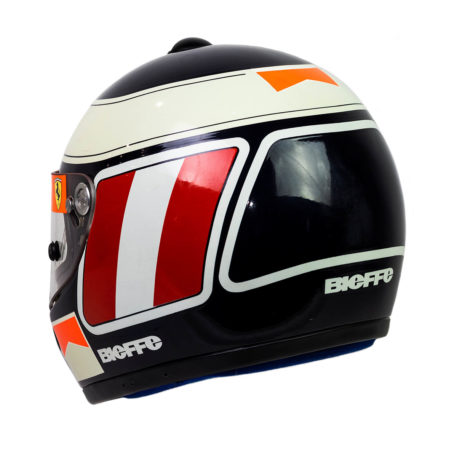 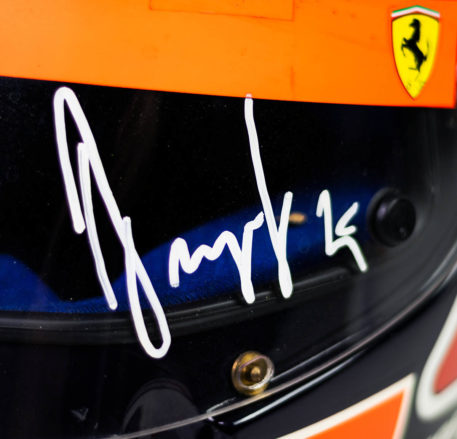 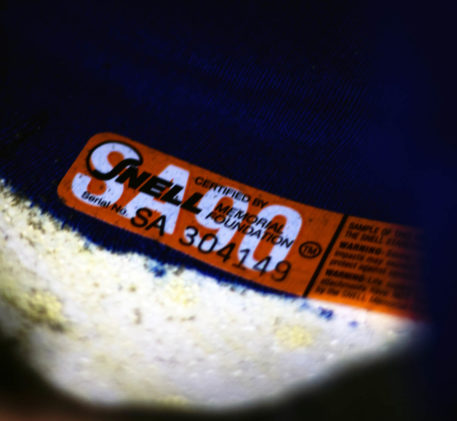 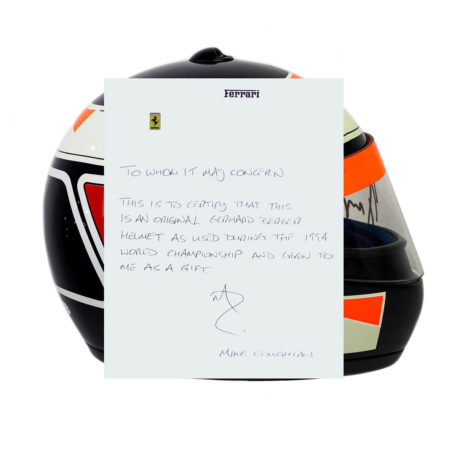 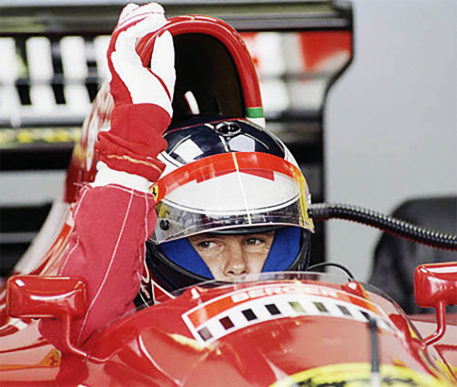 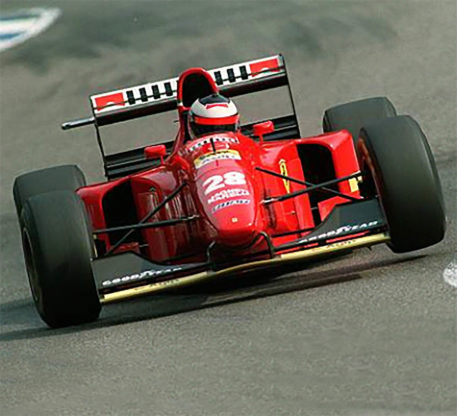 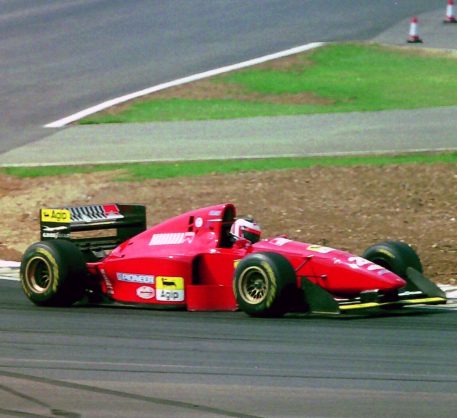 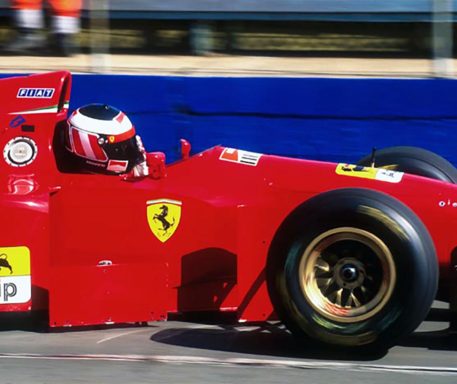 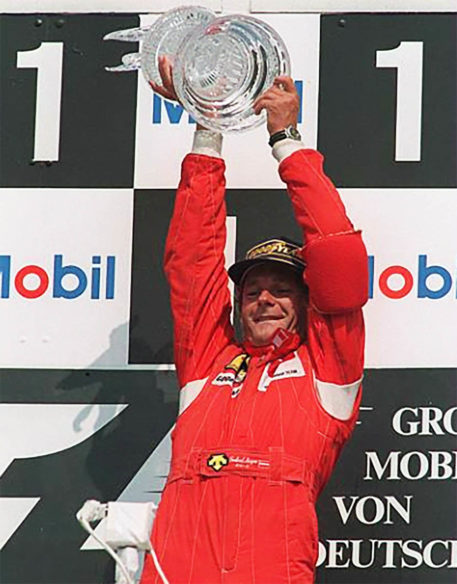 Helmet worn by former Austrian driver Gerhard Berger during the 1994 Formula One season while driving for Scuderia Ferrari. He competed in Formula One for fourteen seasons, twice finishing third overall in the championship (1988 and 1994) and having a total of ten Grand Prix victories.

This classic Bieffe helmet has Berger’s iconic design that he wore throughout most of his career. It has a dark blue/black base color with parallelograms on either side featuring the Austrian flag bordered in white. There’s also a blank panel, also bordered in white, that runs around the back. It has a white band running around the crown that has black pin-striping toward either edge. There are blank ‘Marlboro’ florescent orange chevron decals applied to the helmet at the top back, front and cheeks. Omitted from these is the ‘Marlboro’ lettering signifying that this helmet was used at a ‘non-tobacco advertising’ event, most probably one of the Europe races in either France, Britain or Germany. At the German Grand Prix Berger scored his only win of the season which, along with seven other top-five finishes, saw him finish third in the Drivers’ Championship. The tinted visor has a Ferrari sun strip and has been personally signed by Gerhard Berger.

The helmet comes with a full Certificate of Authenticity, and is accompanied by a handwritten letter on Ferrari letterhead from race engineer Mike Coughlan, who worked with Berger at both Ferrari and McLaren.

A great opportunity to acquire a race-worn helmet from one of F1’s most popular drivers.