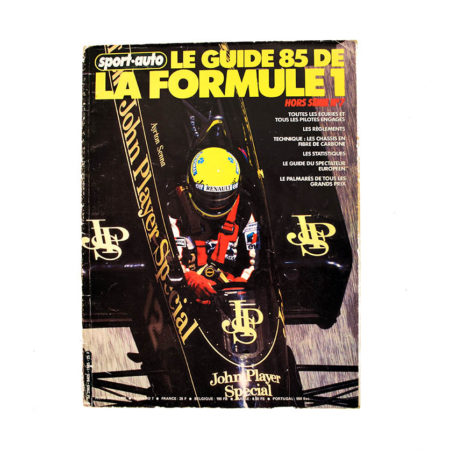 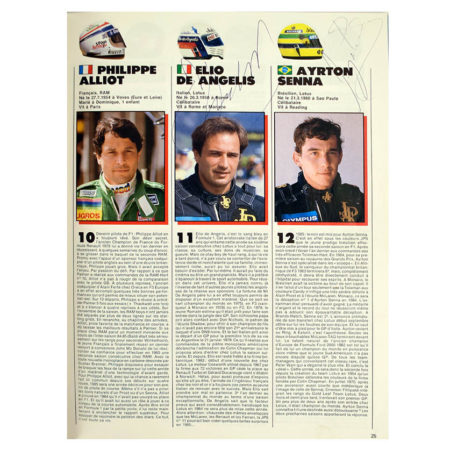 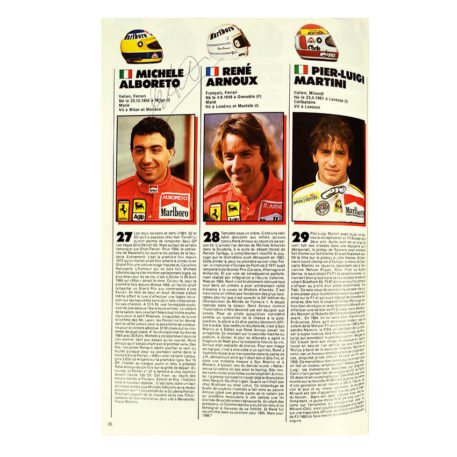 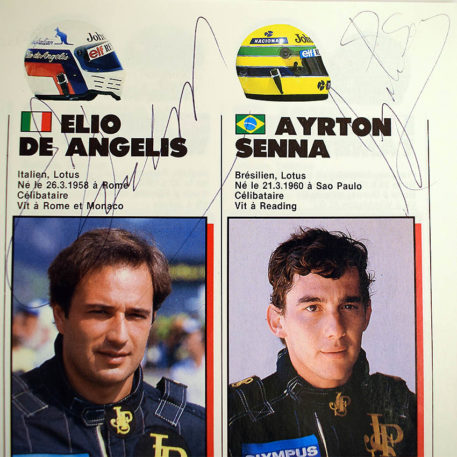 This colorful season guide (in French text) contains many pictures of every teams’ cars and drivers that competed for the 1985 F1 World Championship. This copy is extra special due to the fact that it has been personally signed by three drivers who are sadly no longer with us.

Ferrari driver Michele Alboreto, who would go on to win two races that season and have five podium places, would finish runner up for the title. Alboreto was killed during Sports Car testing in 2001.

The two JPS Lotus team mates, Ayrton Senna and Elio de Angelis, would both have wins during the season (Senna 2, de Angelis 1) and saw them finish the Championship in 4th and 5th places respectively. De Angelis was destined to become a F1 World Champions but his life was cut short in a testing accident in 1986. The great Ayrton Senna would indeed become a triple World Champion and was widely regarded as one of the greatest Formula One drivers of all time. Tragically he lost his life at the 1994 San Marino Grand Prix.

Not often do items come up that bear the rare, and sought after, signatures of three great drivers, so  don’t miss out on this opportunity to own this piece of F1 history.

The guide comes with a full Certificate Of Authenticity.