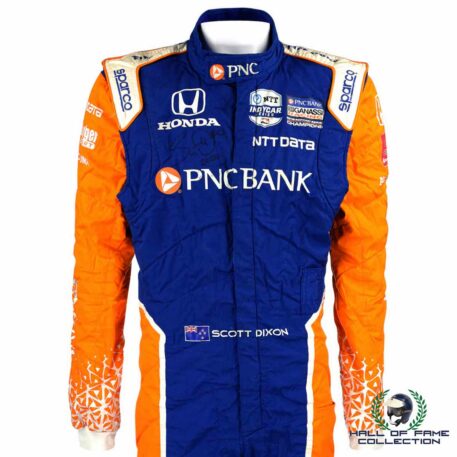 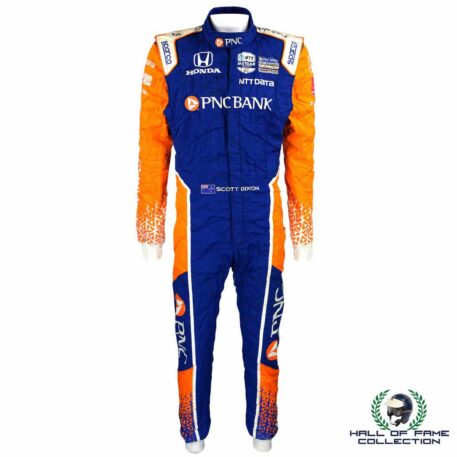 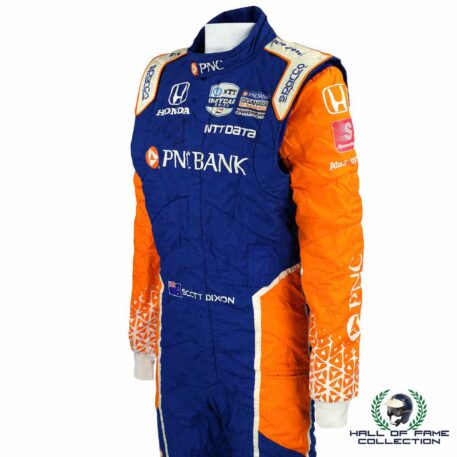 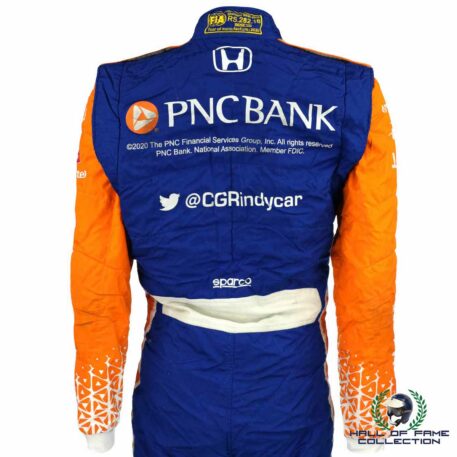 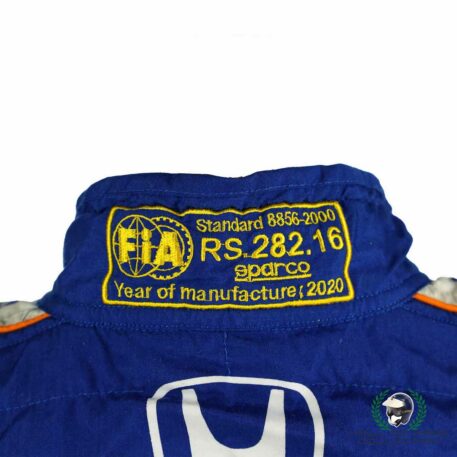 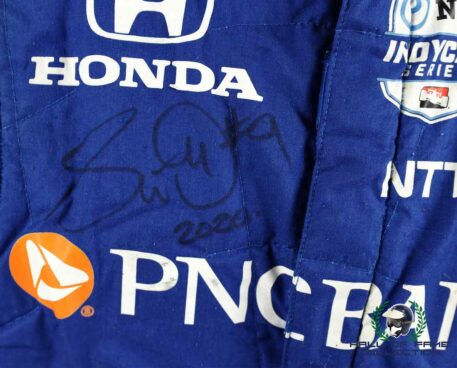 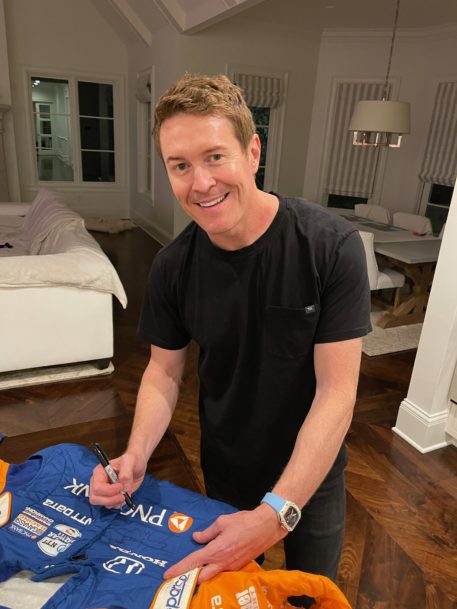 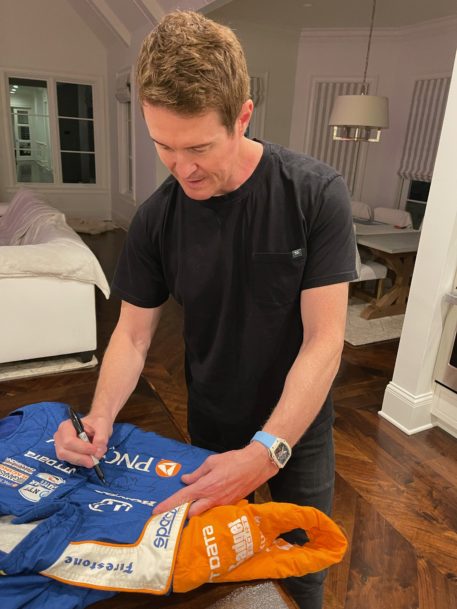 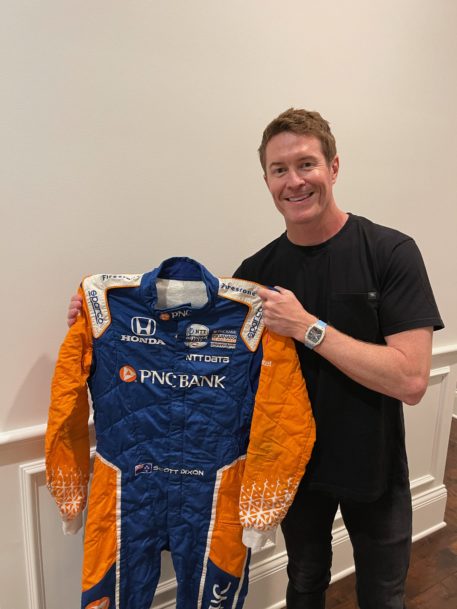 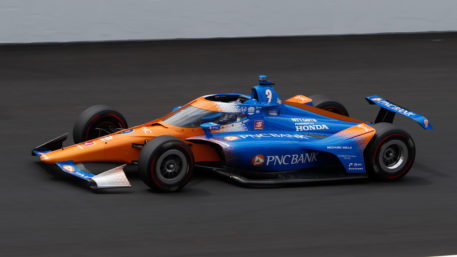 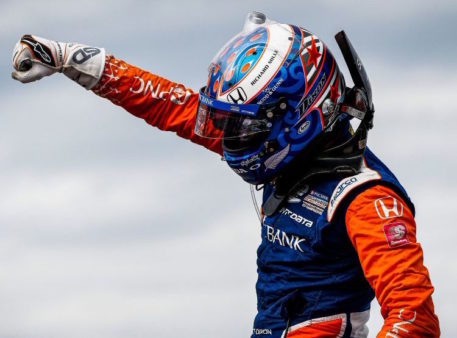 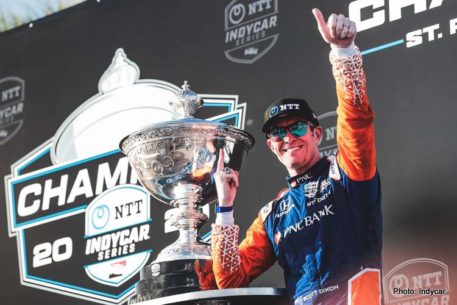 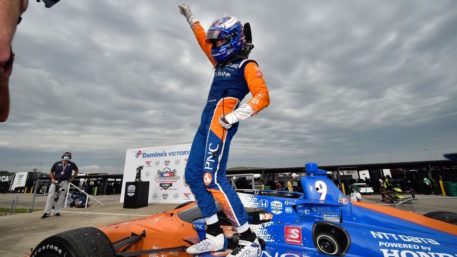 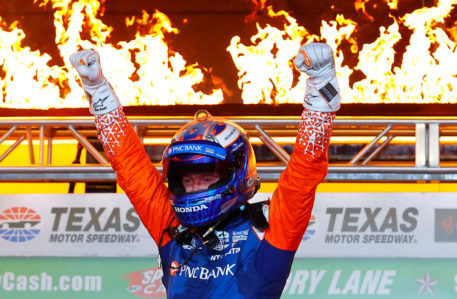 Fantastic race-used suit worn by Scott Dixon during his 6th Championship campaign in the 2020 IndyCar season while driving for PNC Bank Chip Ganassi Racing. Dixon used the suit several times during the year, a season which included seven podiums and four race victories.

The New Zealander has won the IndyCar Championship six times: in 2003, 2008, 2013, 2015, 2018 and 2020. He also won the 92nd Indianapolis 500 in 2008 from pole position. With 51 wins to date, Dixon is the third most successful driver in American Championship Cars history (trailing only A.J. Foyt and Mario Andretti with 67 and 52, respectively), and his 51 wins leads all active drivers in the current IndyCar Series. He is also a three-time overall winner and one-time class winner at the 24 Hours of Daytona. Alongside his six series titles, Dixon has won at least one race for seventeen consecutive seasons between 2005 and 2021, and now has the all-time record of winning a race in 19 seasons, breaking A.J Foyt’s record of 18. He is the only driver to win the IndyCar Championship in his inaugural year in the series. Most recently, Dixon qualified first for the 2021 Indianapolis 500, his first pole position in four years, and was considered the prohibitive favorite going into the race. However during the race his car stalled and refused to restart after several attempts while pitting for fuel under a full-course caution, causing him to finish in seventeenth place.

Dixon was selected in a worldwide poll among fans as one of the 33 greatest drivers in Indianapolis 500 history. Among other notable awards won by Dixon are the Jim Clark Trophy (1999, 2001, 2004 and 2019) and the Bruce McLaren Trophy (2003, 2008). In the 2009 New Year Honours, he was appointed a Member of the New Zealand Order of Merit for services to motorsport, and in the 2019 Queen’s Birthday Honours, he was promoted to Companion of the New Zealand Order of Merit. He was New Zealand’s Sportsman of the Year in 2008 and 2013.

The suit comes directly from Dixon’s personal collection and has signed it in black marker pen.