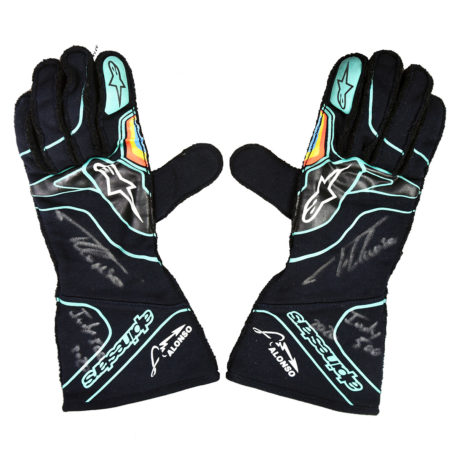 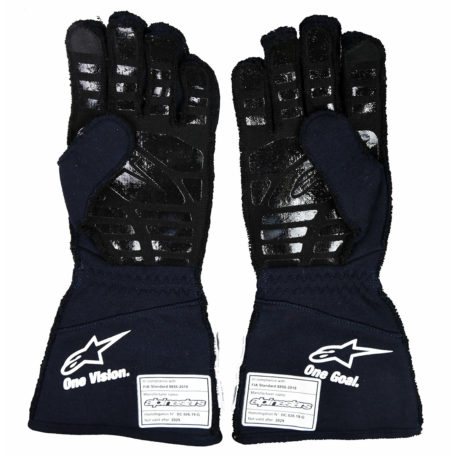 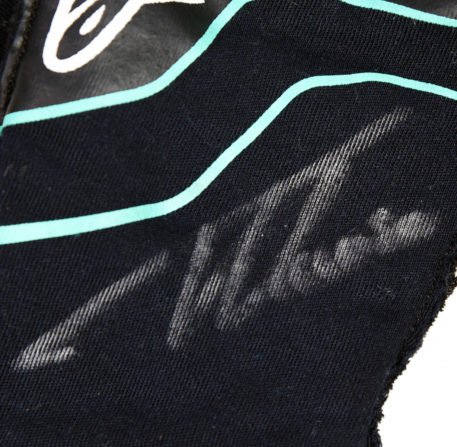 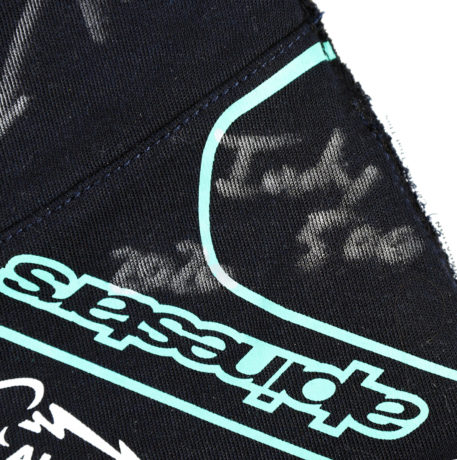 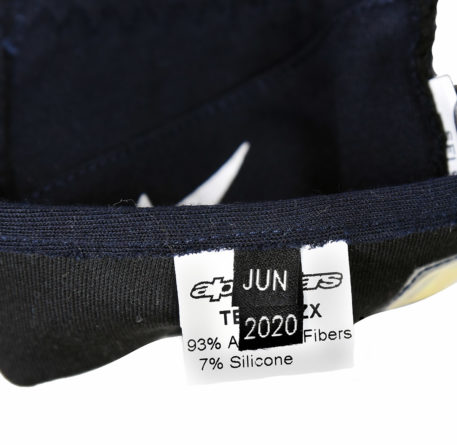 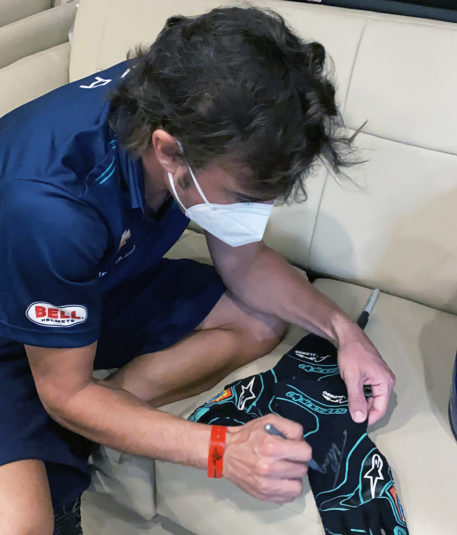 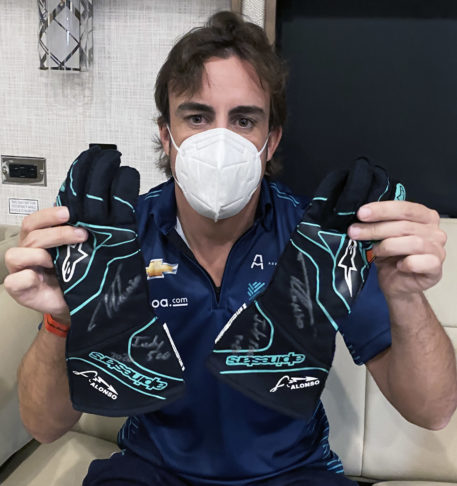 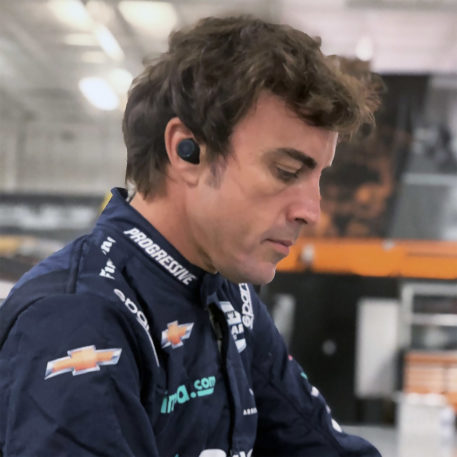 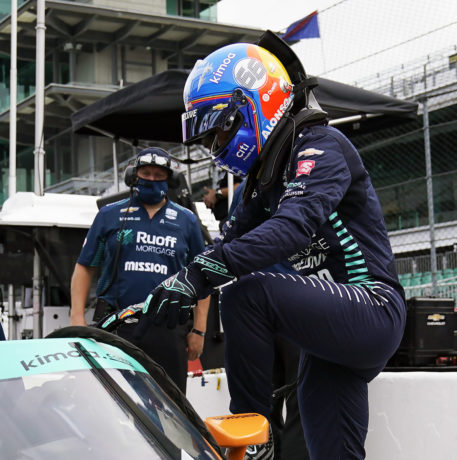 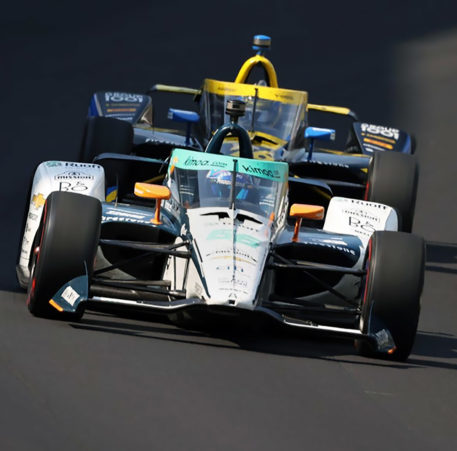 Pair of Alpinestars race gloves worn by two-time Formula 1 Champion Fernando Alonso in his third attempt to win the final part of racing’s Triple Crown (Monaco Grand Prix, 24 Hours of Le Mans, and the Indy 500). The gloves were worn during practice and qualifying session for the 104th Running of the legendary Indianapolis 500 race. The race was postponed due to the coronavirus pandemic from its original May date and held in August. Alonso would drive the #66 Arrow McLaren SP entry during the race which, unfortunately, developed clutch problems thwarting the Spaniards attempt to win the coveted Borg-Warner Trophy.

The black gloves have turquoise Alpinestars branding logos and lines printed on the top sides of the gloves. The index fingers of each glove bears the blue, yellow and orange colors of Alonso’s home nation and Asturias region. On both of the cuffs is Alonso’s personal ‘arrow’ logo. The palm side has shiny black gripper fabric embossed to the inner palms and fingers. The cuffs have the Alpinestars ‘One Vision,  One Goal’ motto along with the FIA standard printed labels