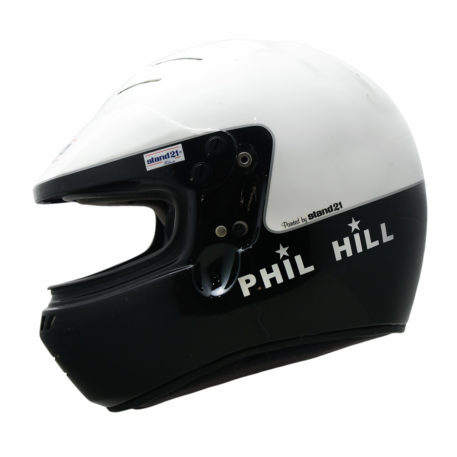 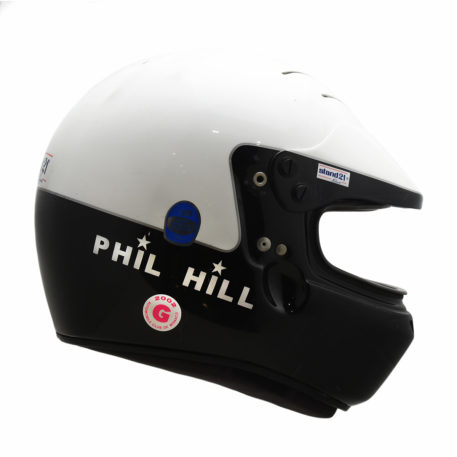 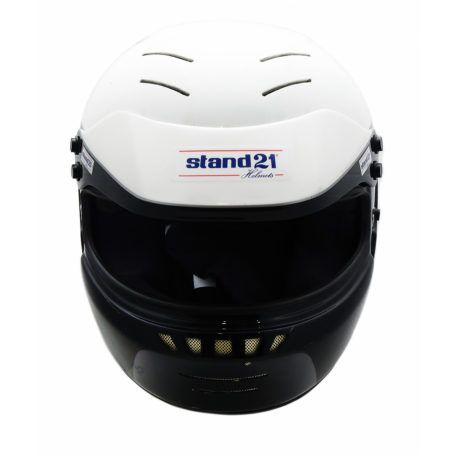 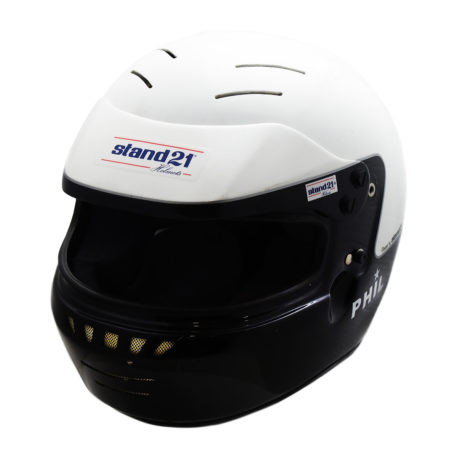 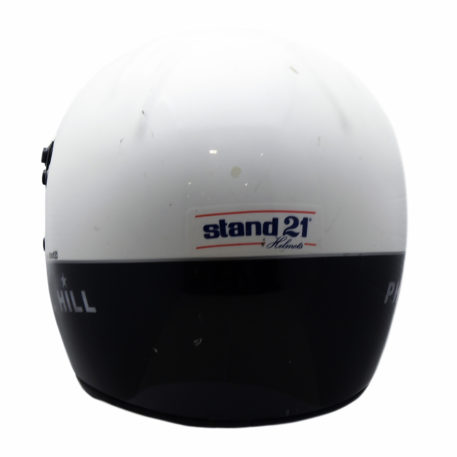 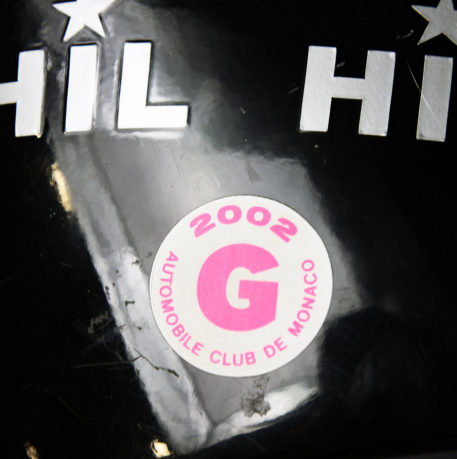 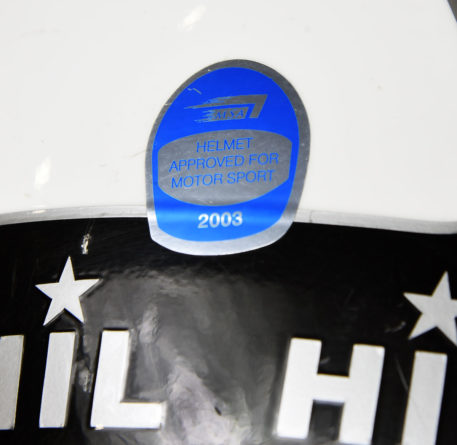 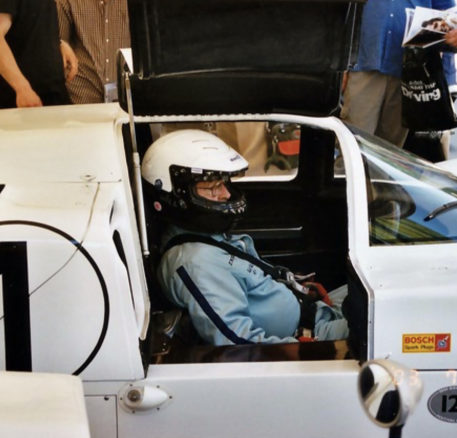 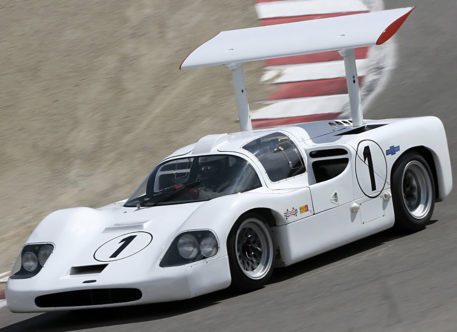 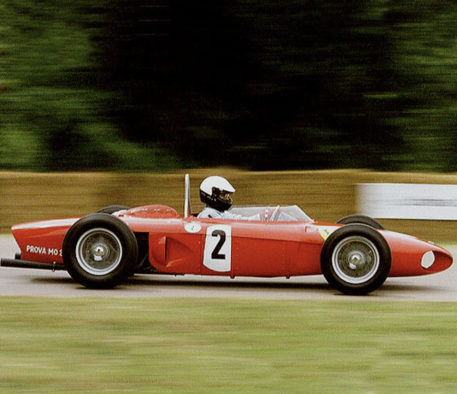 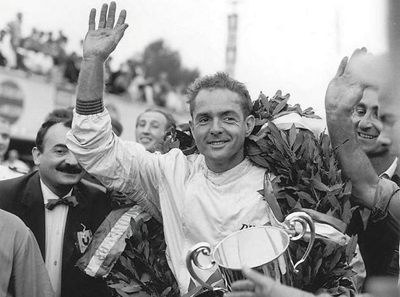 This Stand 21 helmet is the last racing helmet the 1961 Formula One World Champion Phil Hill would ever wear while driving race cars. Hill, who was born in California, was the only American-born driver to win the Formula One World Drivers’ Championship. He also scored three wins at each of the 24 Hours of Le Mans and the 12 Hours of Sebring sports car races. Throughout his fourteen-year racing career he drove for many of the leading teams of the day, including  Scuderia Ferrari, Cooper and Porsche in F1 and Shelby-American, Chaparral Cars, Aston Martin and again for Ferrari in Sportscar racing. When he retired from racing in 1967 Hill would establish an award-winning classic car restoration business and was a regular at many Concours d’Elegance events around the world. In his last years he would devote his time to his vintage car collection and judging and driving many of the cars he was synonymous with at the various aforementioned Concours and other historic/vintage racing events. Sadly Phil Hill passed away in 2008 at age 81.

This helmet can be seen (see pictures) being used by Hill while driving at various vintage events and is believed to have been used over the last few years (2002 to 2005) that Hill was able to drive these powerful race cars. The black and white peaked helmet has Hill’s name, just under two small stars, on either side, and on the right side of the helmet are two vintage MSA and Monaco event tech stickers.

This is a fabulous opportunity to own the very last used helmet by the first American F1 World Champion.