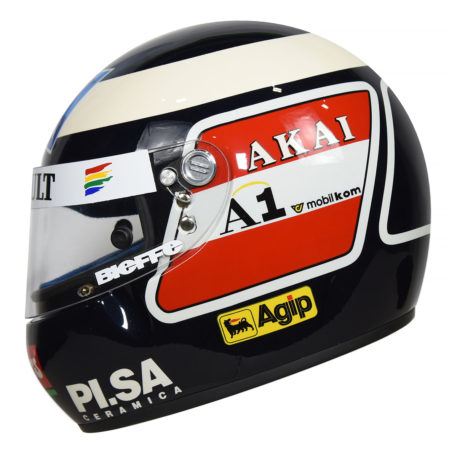 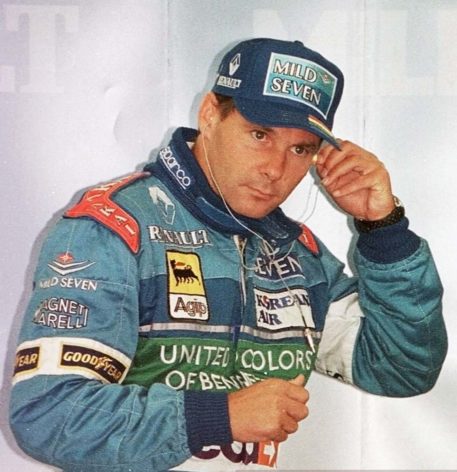 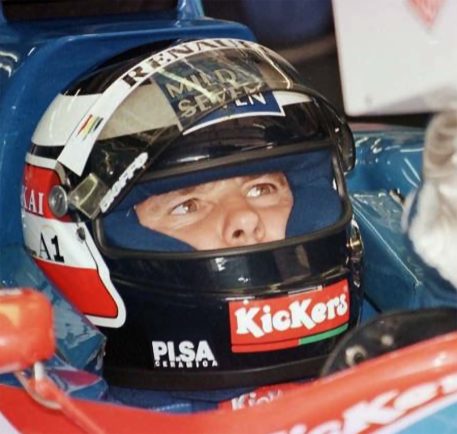 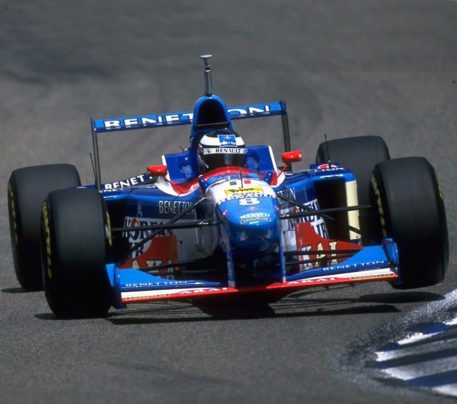 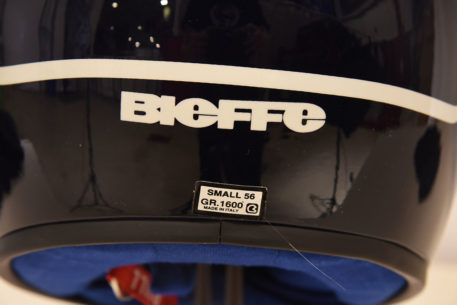 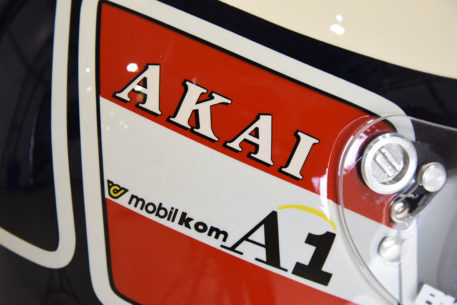 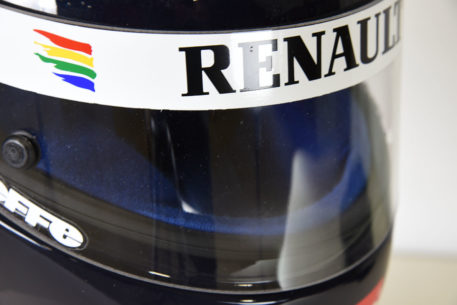 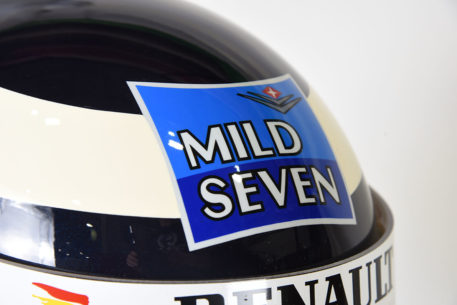 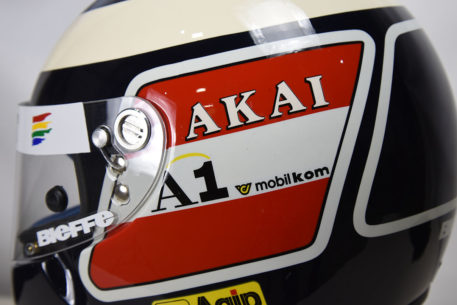 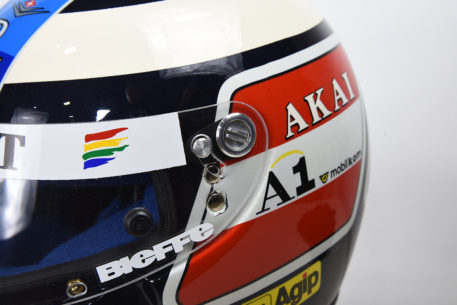 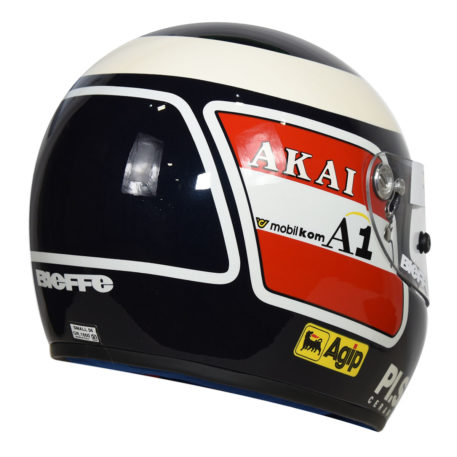 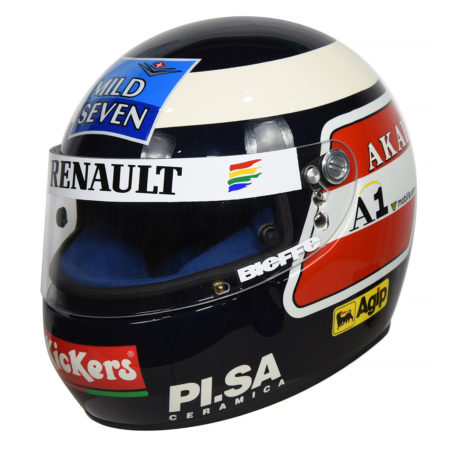 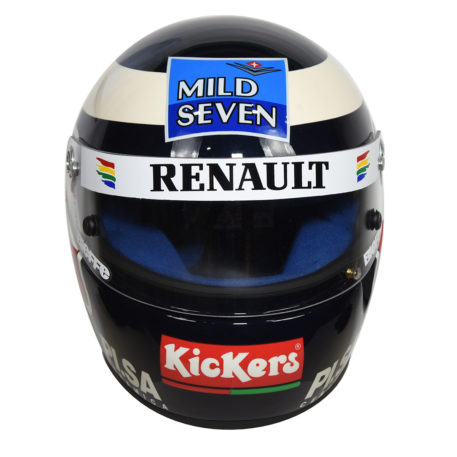 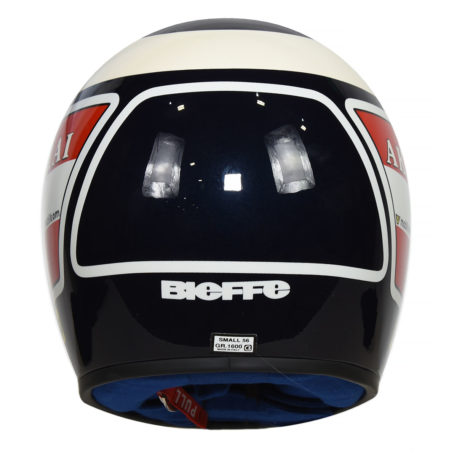 Bieffe replica helmet produced to replicate one worn by Austrian former Formula One racing driver Gerhard Berger. This is a very nice helmet and is decorated similar to one Berger used during the 1997 season, his final one in F1. Its black/blue metallic base color has two panels on either side that have the red and white colored bands representing Berger’s home national flag. There is also a panel on the back of the helmet that is blank. A white band encircles the crown and is separated by a Mild Seven tobacco branding logo that’s on the top front of the helmet. Other sponsors/suppliers’ decals are applied to the helmet as well, including Kickers, PI.SA and Akai to name a few. The visor has the team’s Benetton Renault sun strip and has been personally signed by Gerhard Berger.

This Bieffe helmet would make a great addition to any collection and is at a fraction of the cost of an original race-worn Berger helmet.