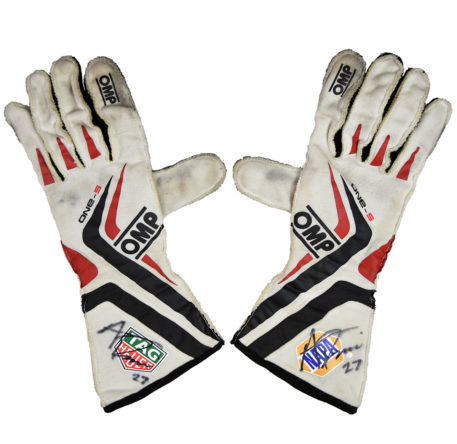 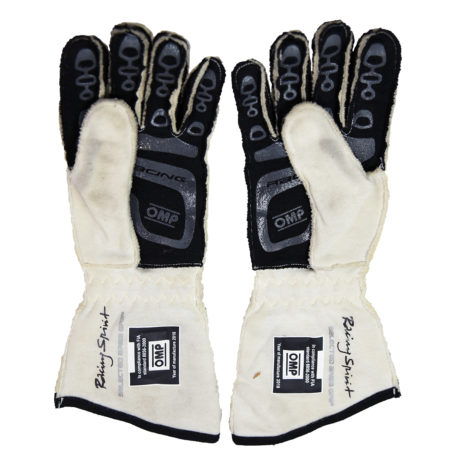 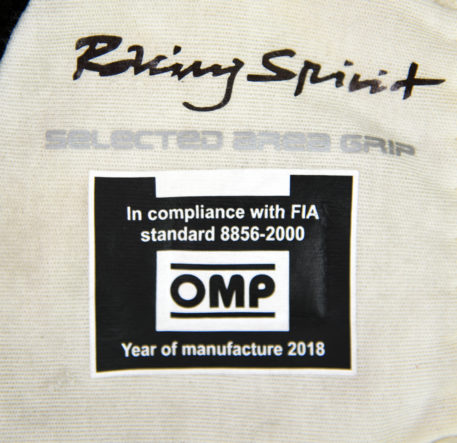 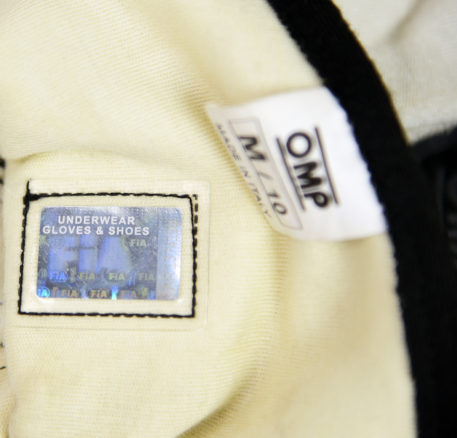 Pair of Alexander Rossi’s OMP ONE-S gloves worn at one of two races (but possibly used at both) during the 2019 season. The white gloves would have been raced-used at the first race of the season at the Grand Prix of St. Petersburg, Florida, and/or in the DXC Technology 600 at the Texas Motor Speedway, where Rossi’s Andretti Autosport team had a change of livery. In all other races during the 2019 season Rossi would have worn red OMP gloves.

The gloves feature red and black flashes on their tops and have printed OMP branding logos on them. On the cuff of each glove Rossi’s team sponsors TAG Heuer (left) and NAPA Autoparts (right) branding logos are printed. The palm side has black inner palm material with grey rubber gripper fabric embossed on them. The cuffs also have the printed FIA compliance labels and more OMP trademarks on them.

Alexander Rossi has personally signed both gloves and added his race #27.

The gloves were acquired directly from the Rossi collection and come with a full Certificate Of Authenticity.