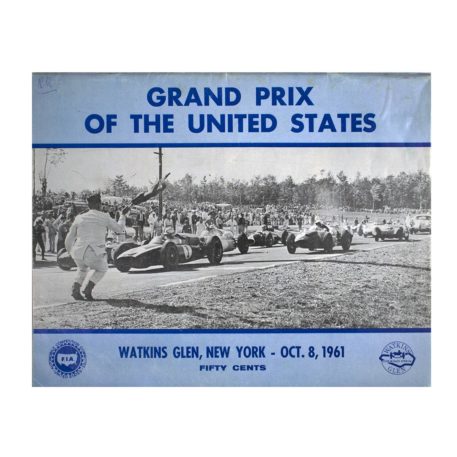 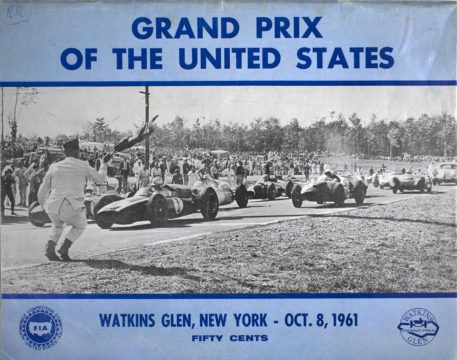 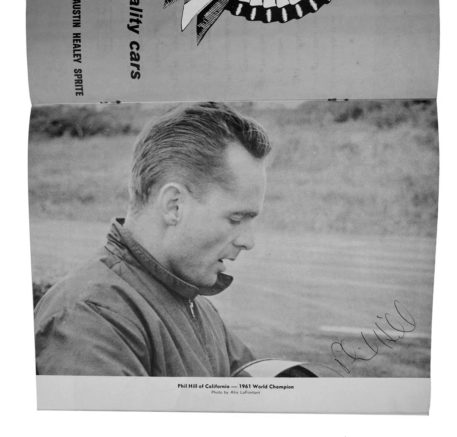 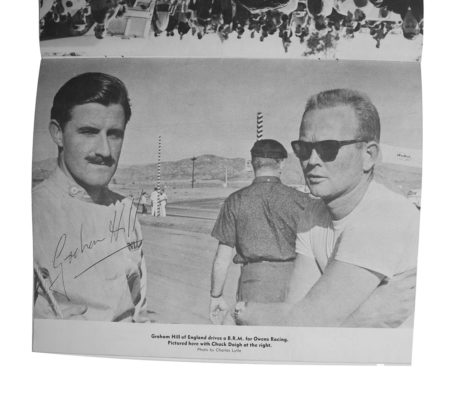 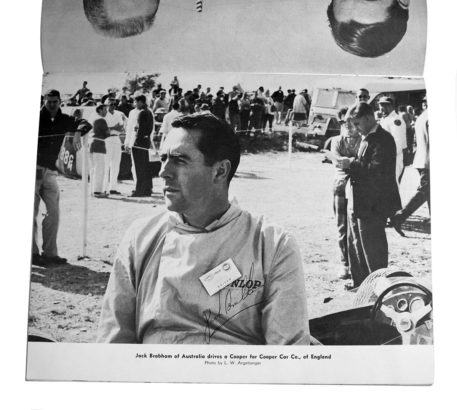 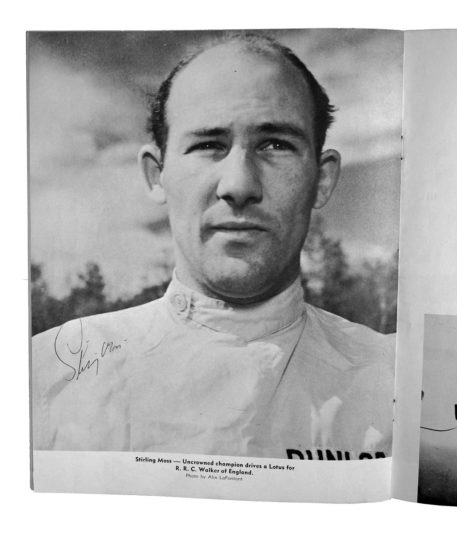 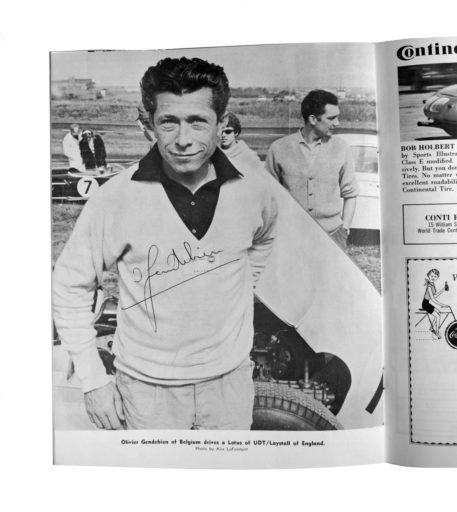 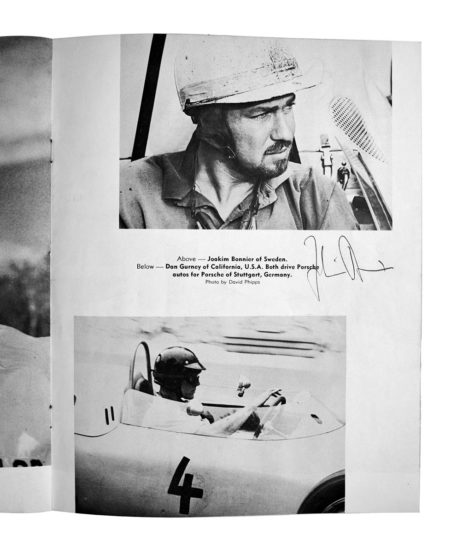 This rare 1961 race program is from the first United States Formula One Grand Prix to be held at the famous Watkins Glen Race Course in Upper New York State. This race truly established F1 racing in the U.S.. After holding two less than successful F1 GP events at Sebring and Riverside, the promoters were looking for a new venue for the United States Grand Prix. This first race, at ‘the Glen’, was a huge success and the track became the event’s permanent home for the next twenty years. This race is also significant in Grand Prix racing history as it was the venue where Colin Chapman and his famous Team Lotus scored their very first victory. Lotus’s extremely popular driver, Innes Ireland, would score his one and only career Grand Prix win that day as well.

What makes this racing program so extra special is that it contains the rare autographs of six of the drivers that took part in the event, including those of three World Champions: Phil Hill, Graham Hill, and Jack Brabham. The other three are those of Sir Stirling Moss, a driver deemed to have been the greatest driver never to win a world championship, Belgian racing driver Olivier Gendebien said to be “one of the greatest sports car racers of all time” and Swedish sports car racing and F1 star Joakim Bonnier. All have signed on the pages that bear their individual portrait pictures.

The program is in excellent condition for its age and comes with a full Certificate Of Authenticity.