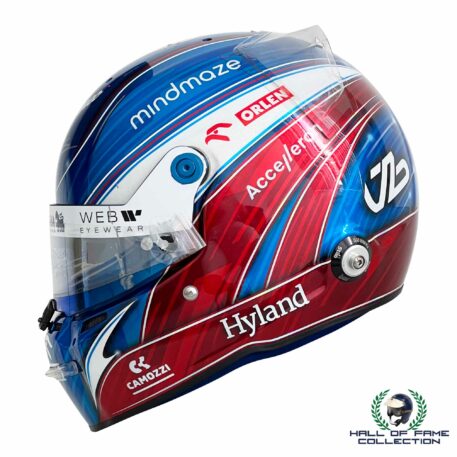 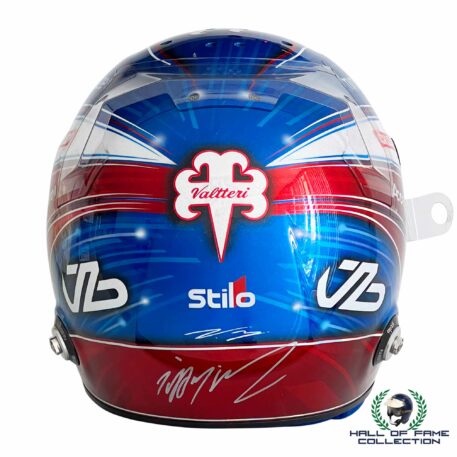 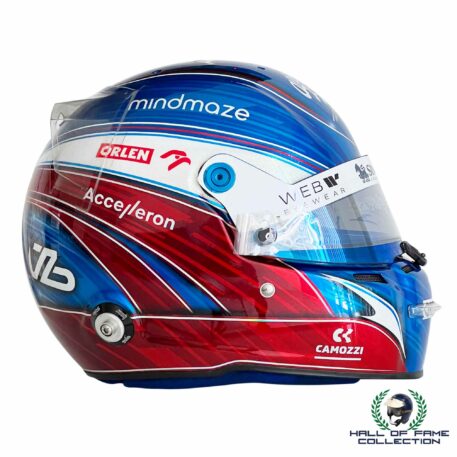 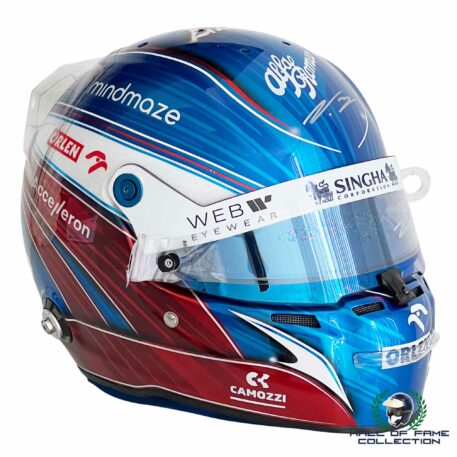 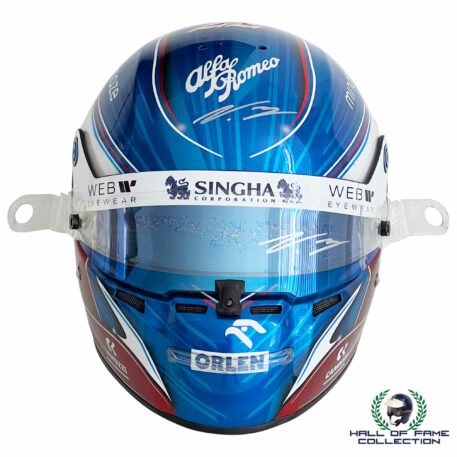 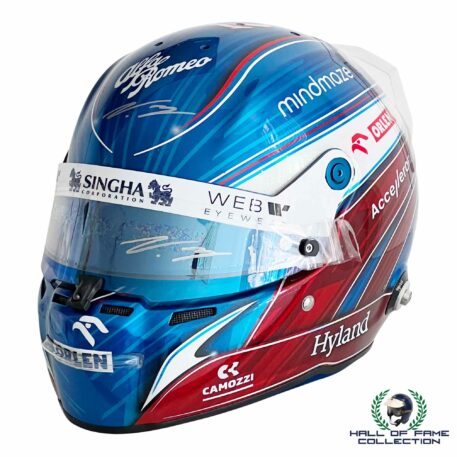 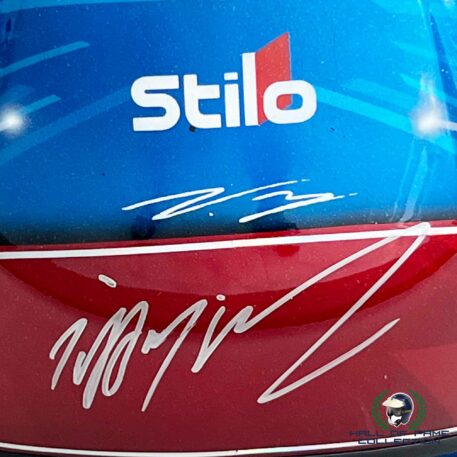 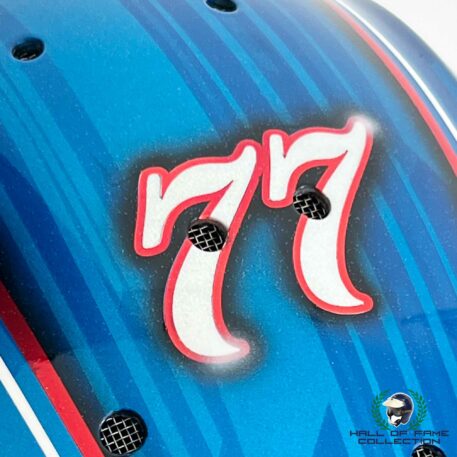 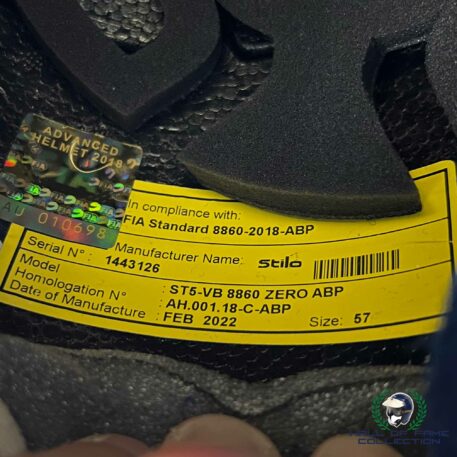 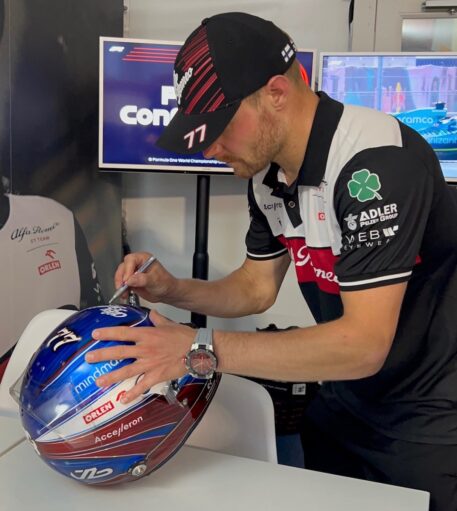 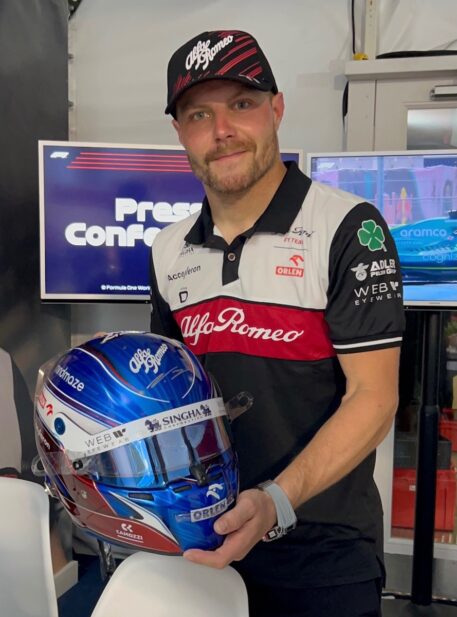 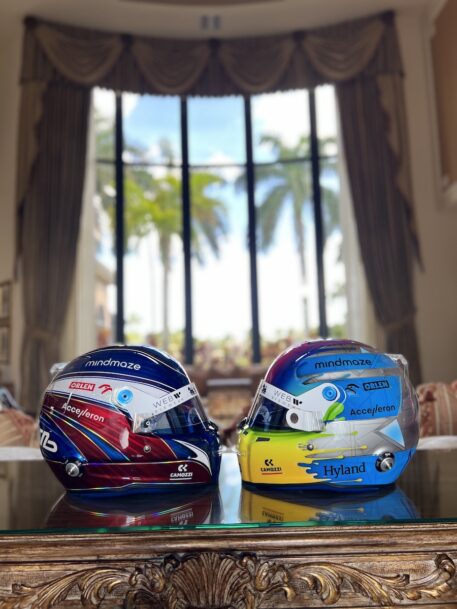 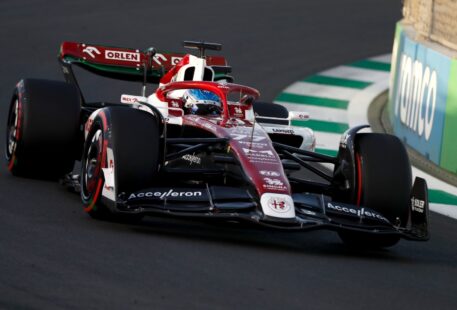 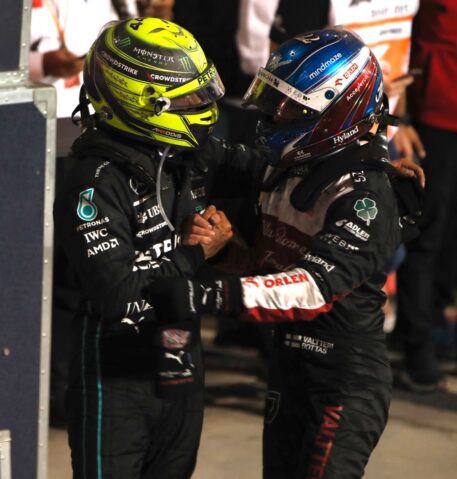 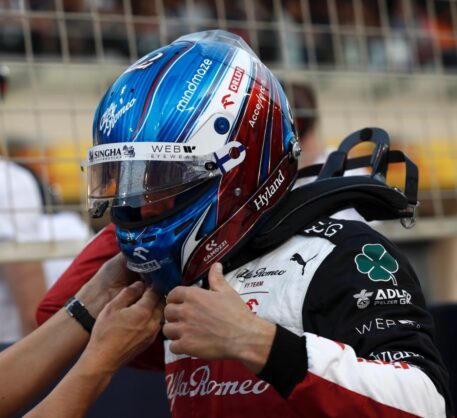 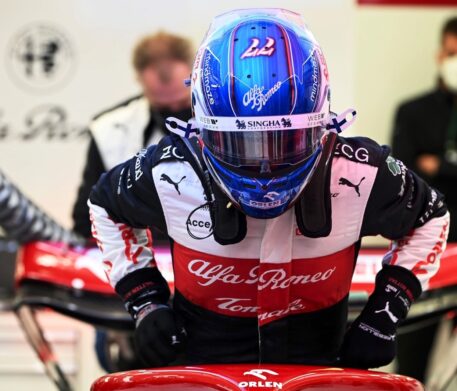 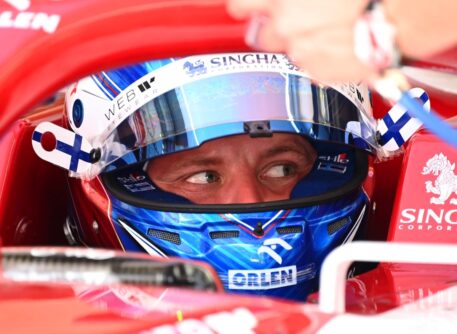 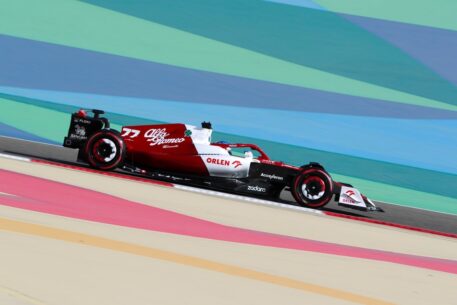 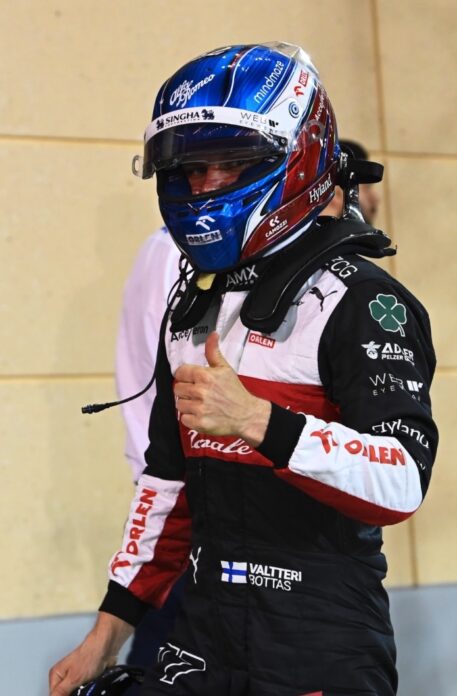 This is the first helmet Valtteri Bottas would wear in a race as an Alfa Romeo driver during the 2022 Formula 1 season. This fantastic, all-new design for Bottas helmet was once again designed by his girlfriend Tiffany Cromwell. The Stilo helmet, a ST5-VB built to his specific specs, was worn by Bottas during testing at Bahrain, and then again at the first F1 race of the 2022 season, the Bahrain GP. He would qualify in 6th and maintained this position to finish 6th in the race. Bottas would use the helmet again at the Saudi Arabian GP during FP1 and FP2.

Bottas is one of the most accomplished Finnish drivers in Formula One history, with ten race wins during his five seasons with Mercedes. He would finish second to teammate Lewis Hamilton in the Drivers’ Championship in both 2019 and 2020.

The GP3 Champion from 2011 broke into F1 in 2013 with the Williams Racing team, where he spent four seasons. His second season there produced six podium finishes, which got the attention of the F1 paddock. He joined Mercedes for the 2017 season, helping them win four Constructors’ Championships. His best season came in 2019 when he won four races and scored five poles, with 15 podium finishes in 21 races.

The helmet has been signed by both Bottas and Cromwell, and comes with its original Stilo helmet bag.