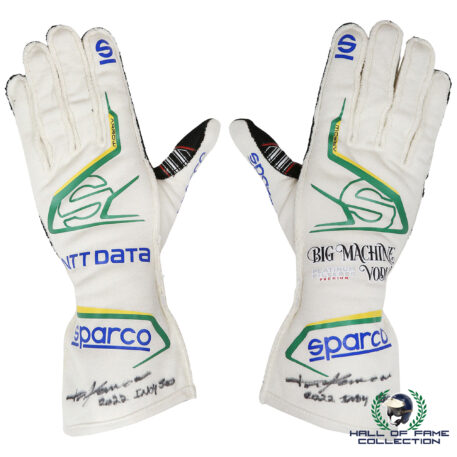 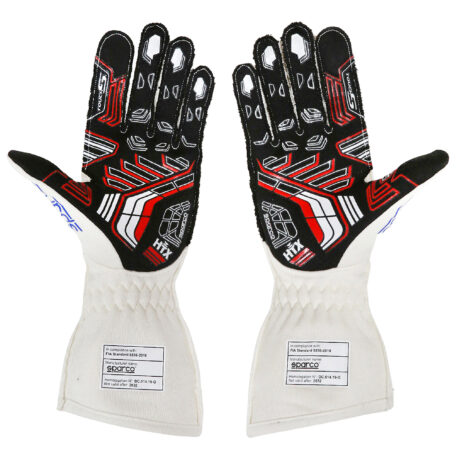 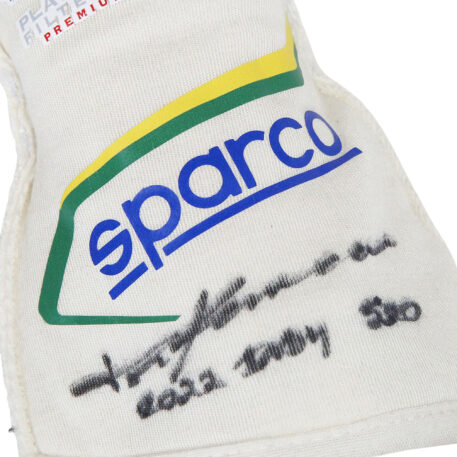 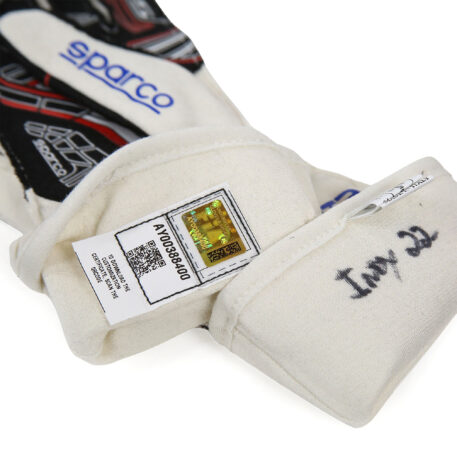 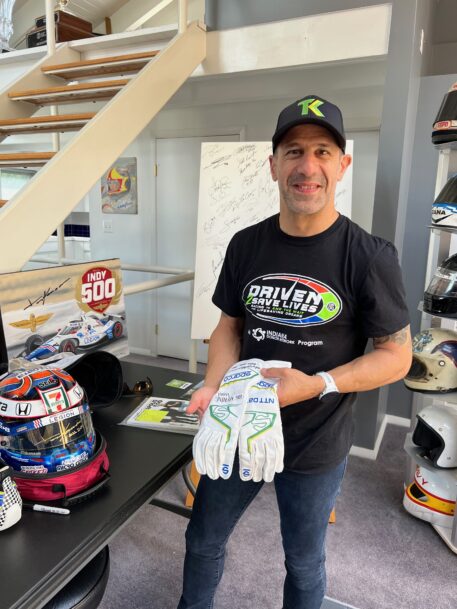 Fantastic original state of the art gloves worn by IndyCar legend Tony Kanaan. The Brazilian used these gloves in the race at the recent 106th running of the Indianapolis 500.

Driving for Chip Ganassi racing, fan favourite “TK” made it to the fast 6 in qualifying and in the race was well in the hunt for the victory, eventually finishing 3rd behind team mate Marcus Ericsson and McLaren’s Pato O’Ward.

Don’t miss this very rare opportunity to add a fantastic looking set of gloves to your collection today.

These gloves come hand signed by Kanaan with a Certificate of Authenticity.