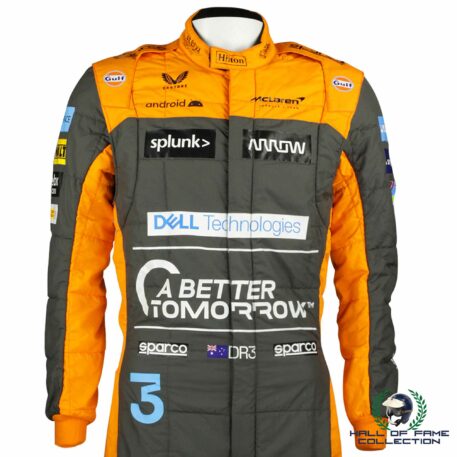 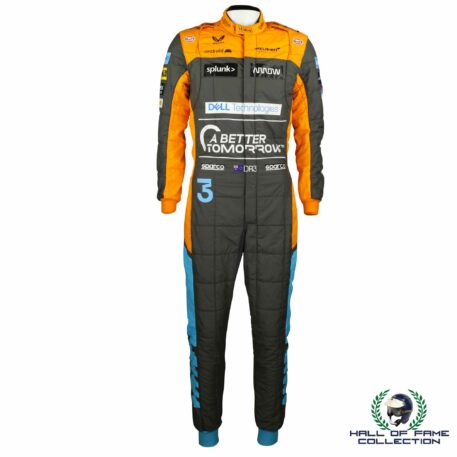 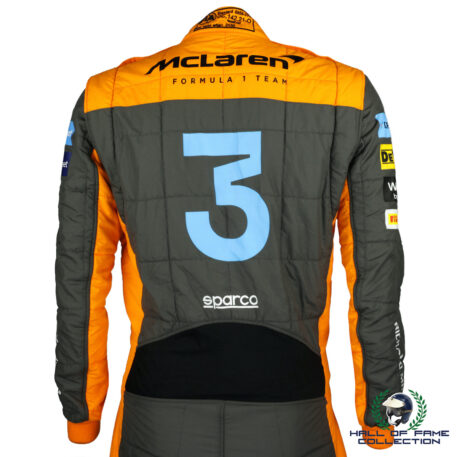 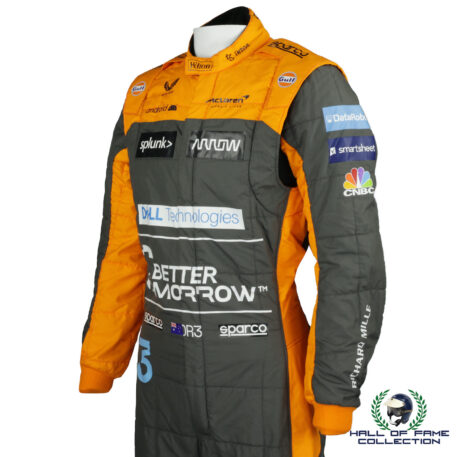 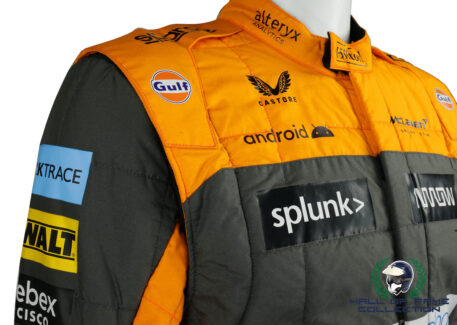 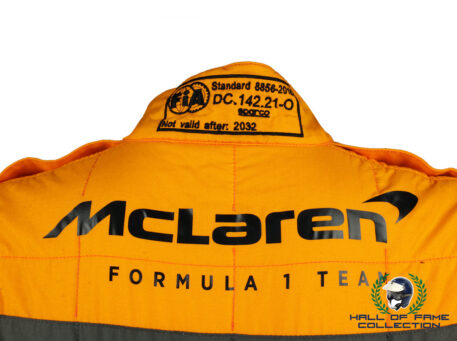 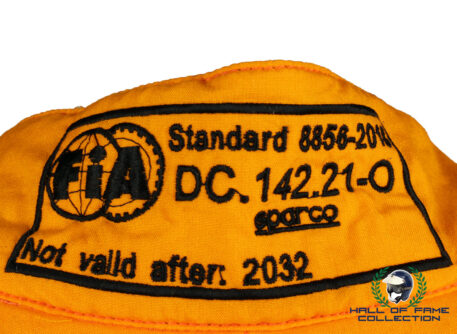 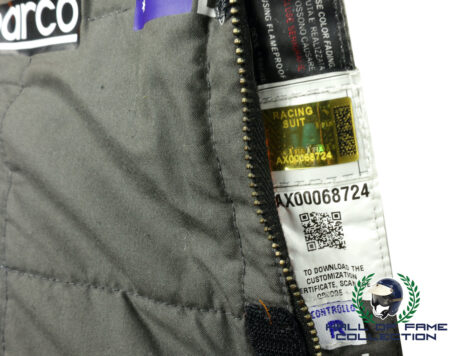 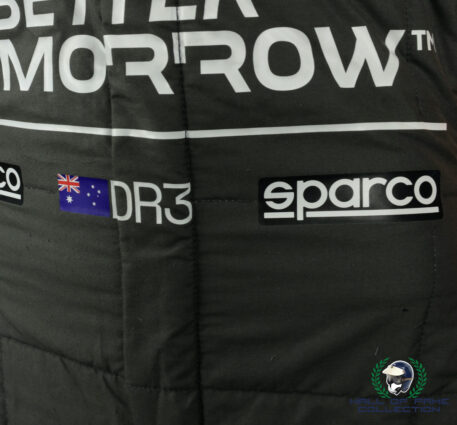 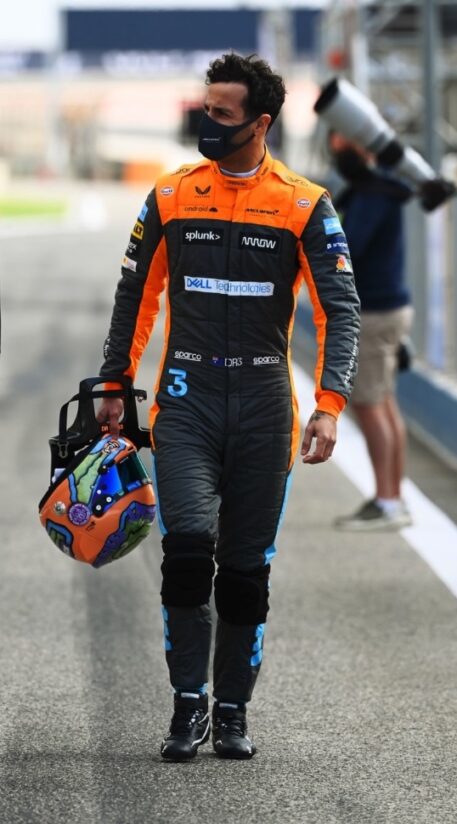 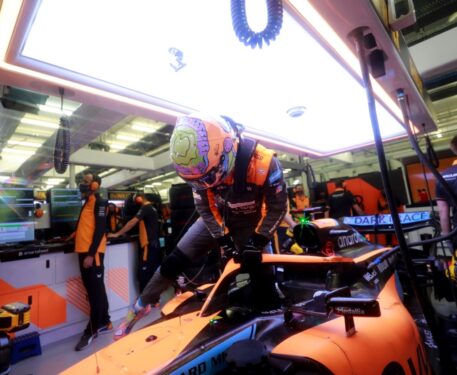 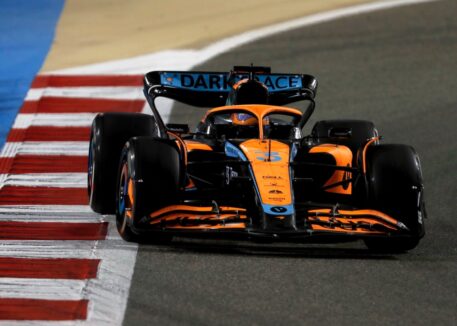 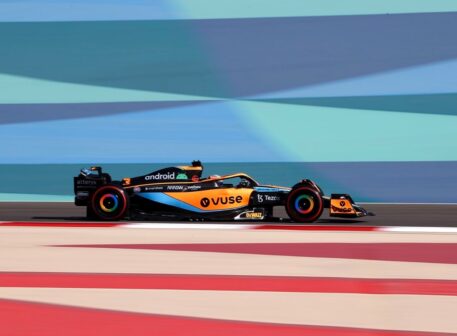 Sparco suit worn by Daniel Ricciardo at Bahrain while driving for the McLaren F1 Team.

After two years at the Renault F1 Team, Ricciardo joined McLaren in 2021 as a replacement for Carlos Sainz Jr. who signed a multi-year deal with Ferrari. He is currently partnered with Lando Norris, who was retained by the team until 2025. Thus far in the 2022 season, after 4 races,  Ricciardo has earned a 6th place finish at his home race, the Australian GP. Daniel has scored 8 wins in F1, with 1 of those being with McLaren in 2021, the team’s first win since 2012.

The distinct papaya and grey suit, with light blue accents, would make a great addition to any collection. Don’t hesitate to make it part of yours today!