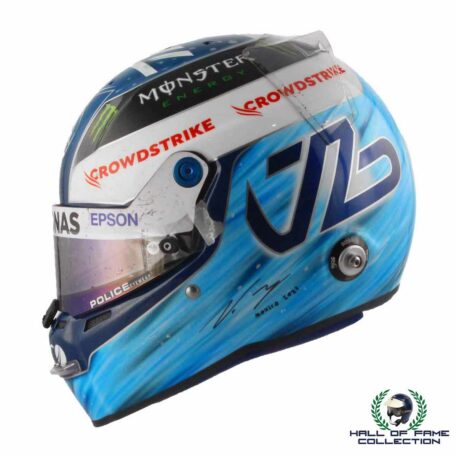 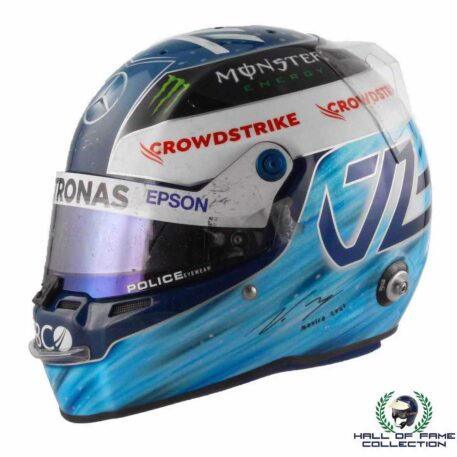 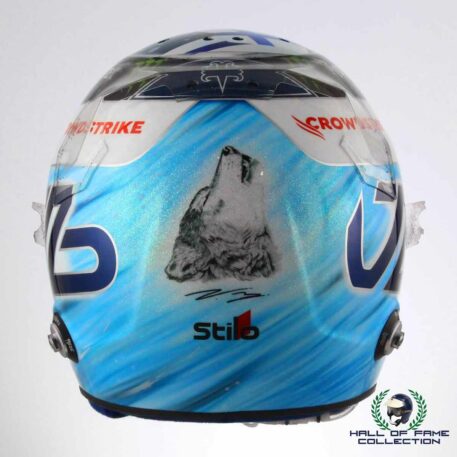 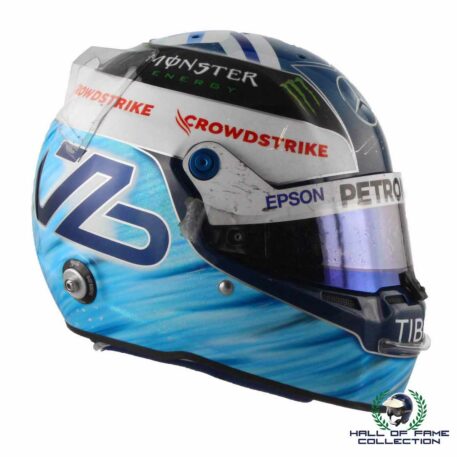 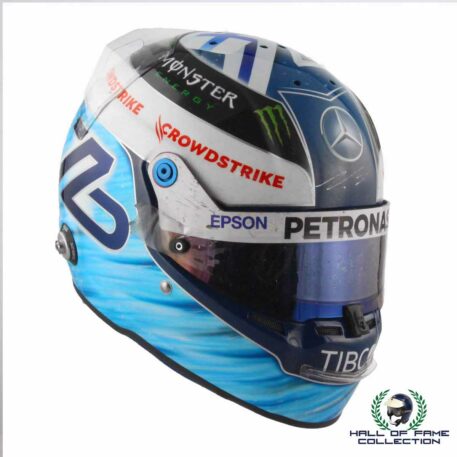 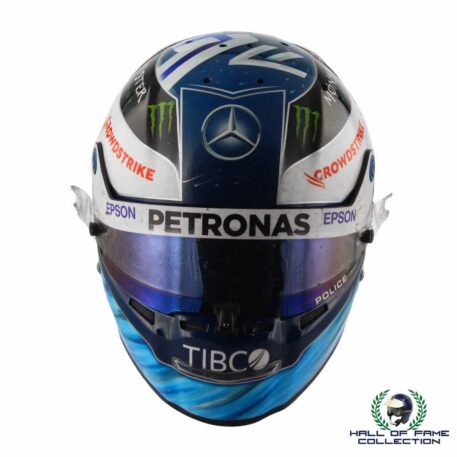 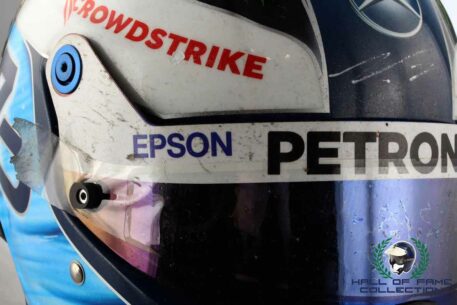 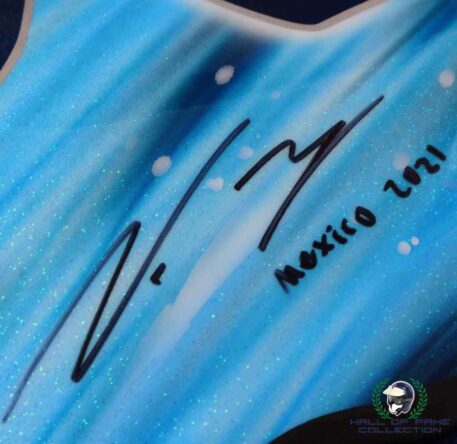 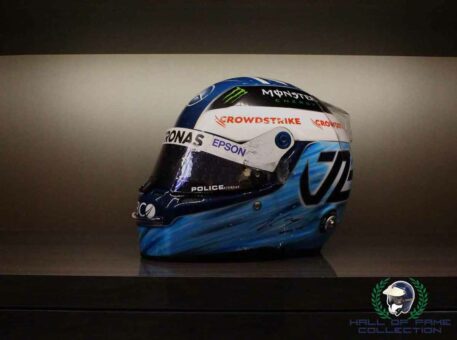 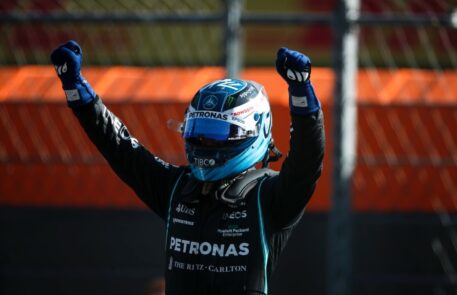 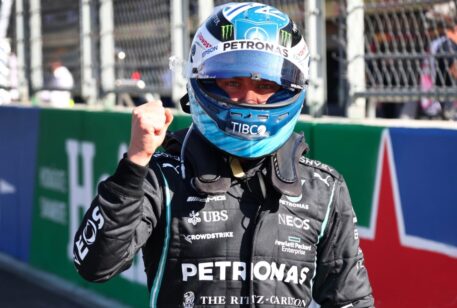 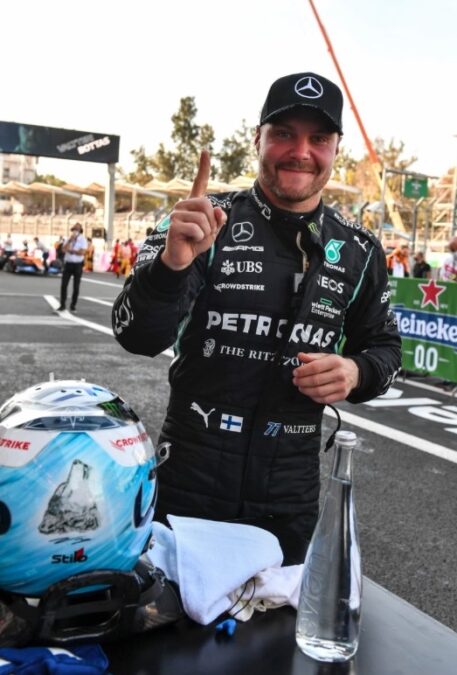 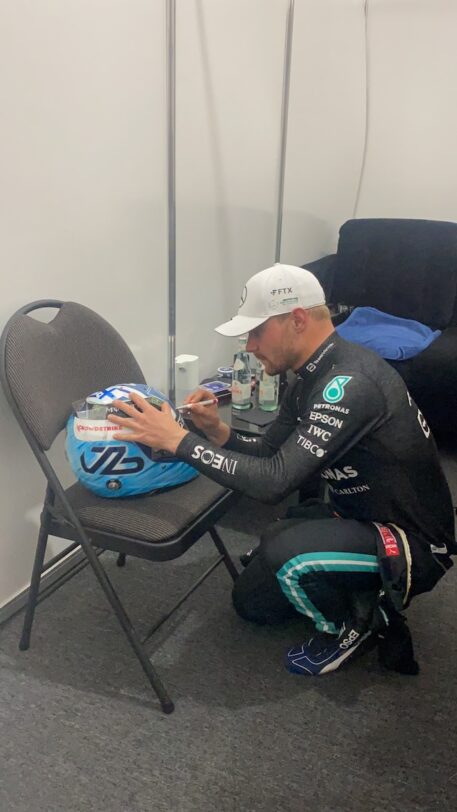 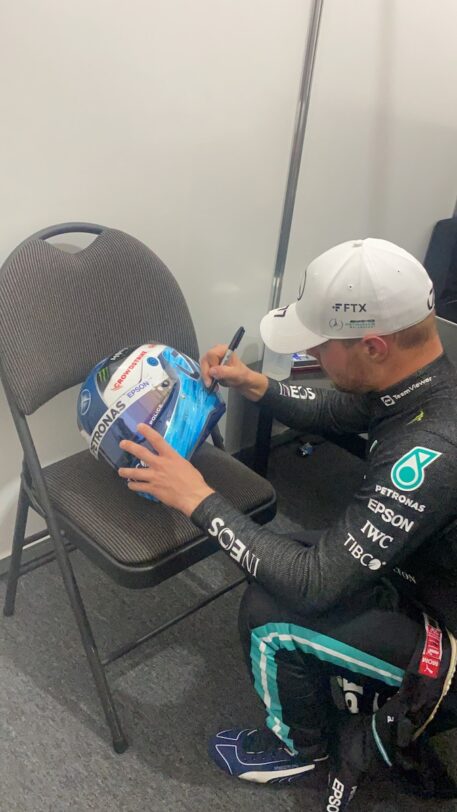 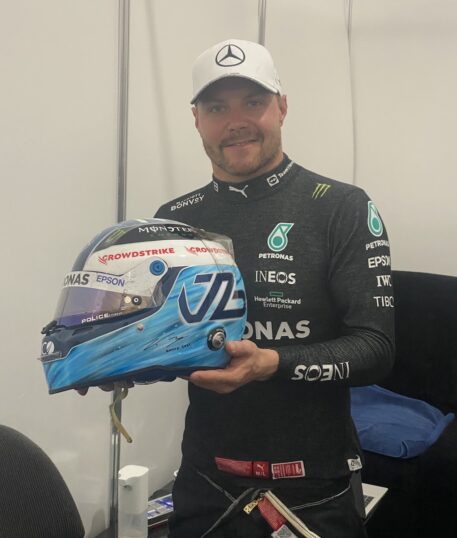 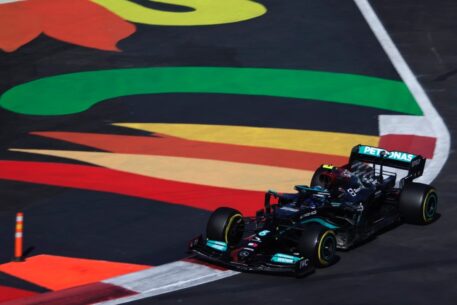 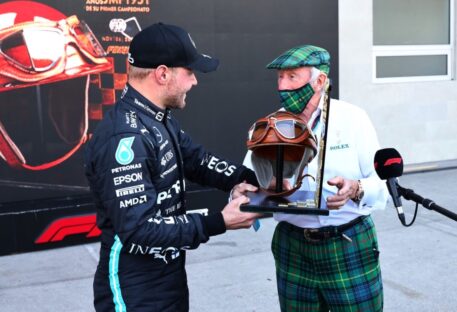 Stilo helmet worn by Valtteri Bottas during the 2021 Mexican GP race where put his Mercedes W12 on pole as well as setting a new track record race lap. This particular model, a ST5-VB, was built to his specific specs and the graphics were designed by his girlfriend, Tiffany Cromwell. The design incorporates a winter theme with snow flakes on the crown, finished with a ribbon of the Finnish flag and #77. The rest of the helmet has a snow squall effect with his VB logo integrated into it and with his #77 featuring on the sides with a howling wolf head on the back. The helmet is finished off with a dark blue lining inside with Finnish flags on either side of the eye port foam. It still has the drink tube and visors tear-offs attached, just as it was when last used in the race at Mexico. The helmet shows great race wear with stone chips and bits of rubber/debris splattered across it. It comes directly from Bottas, right after the Mexico race, and is signed by him in black marker pen.

Bottas is one of the most accomplished Finnish drivers in Formula One history, with ten race wins during his five seasons with Mercedes. He would finish second to teammate Lewis Hamilton in the Drivers’ Championship in both 2019 and 2020.

The GP3 Champion from 2011 broke into F1 in 2013 with the Williams Racing team, where he spent four seasons. His second season there produced six podium finishes, which got the attention of the F1 paddock. He joined Mercedes for the 2017 season, helping them win four Constructors’ Championships. His best season came in 2019 when he won four races and scored five poles, with 15 podium finishes in 21 races. Bottas recently announced that he will move to Alfa Romeo for the 2022 season.

The helmet comes with his original Stilo helmet bag and a Certificate of Authenticity.