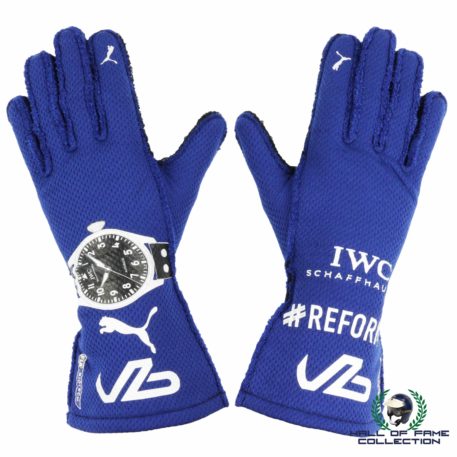 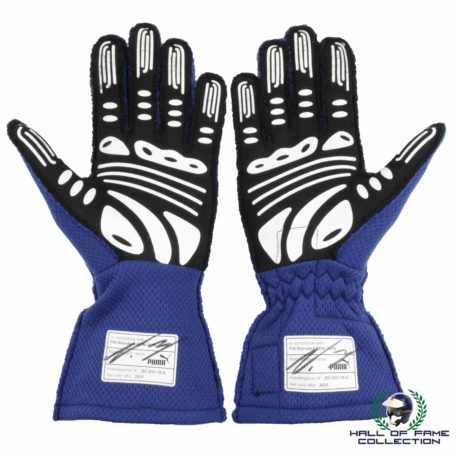 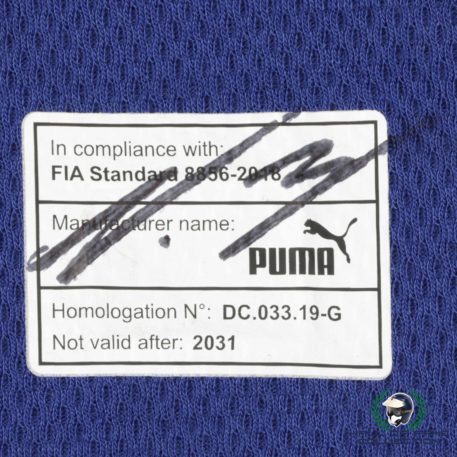 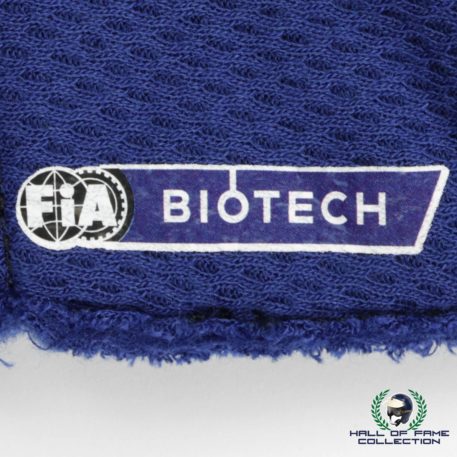 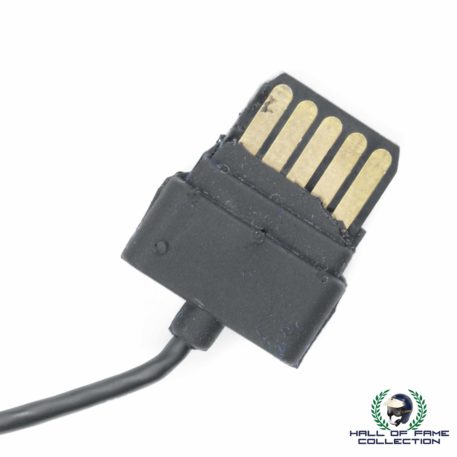 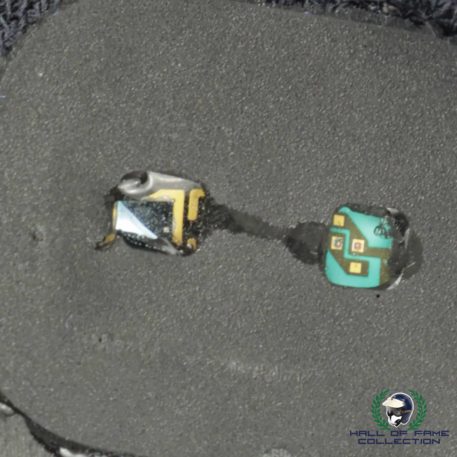 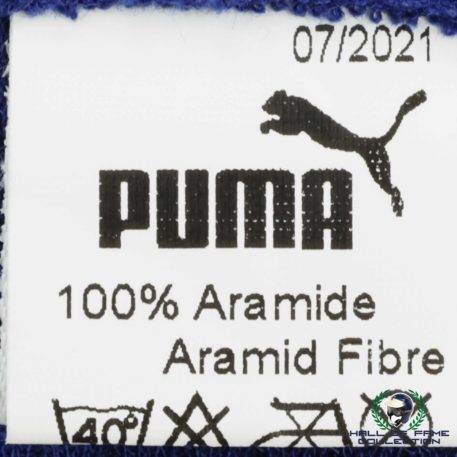 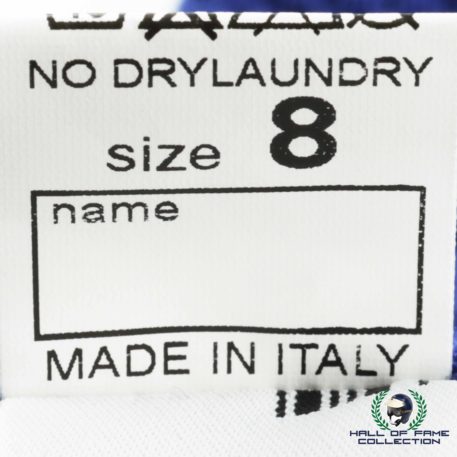 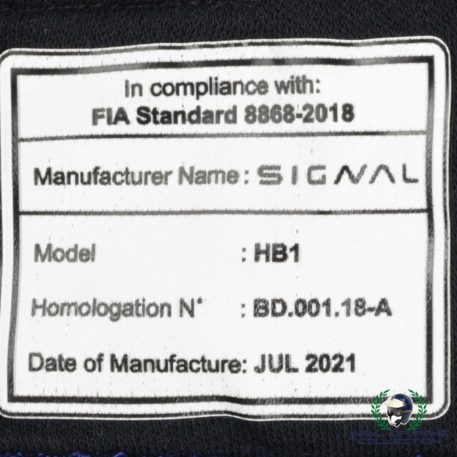 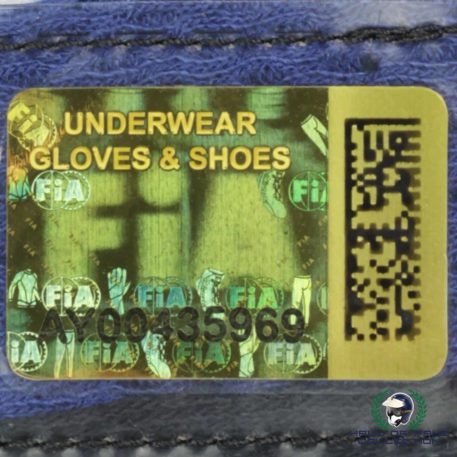 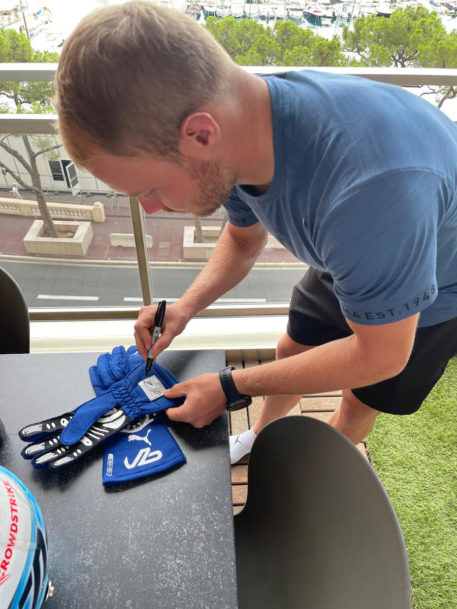 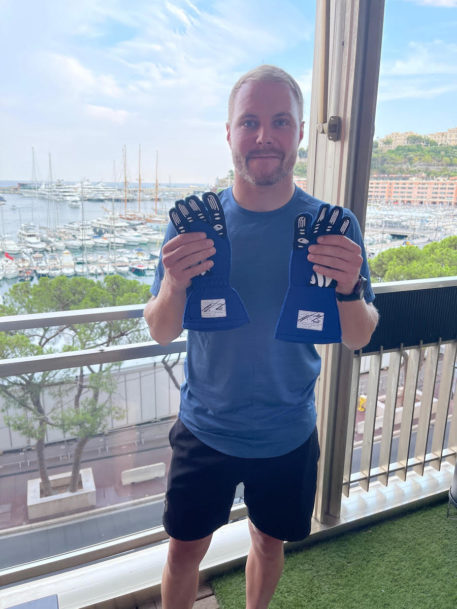 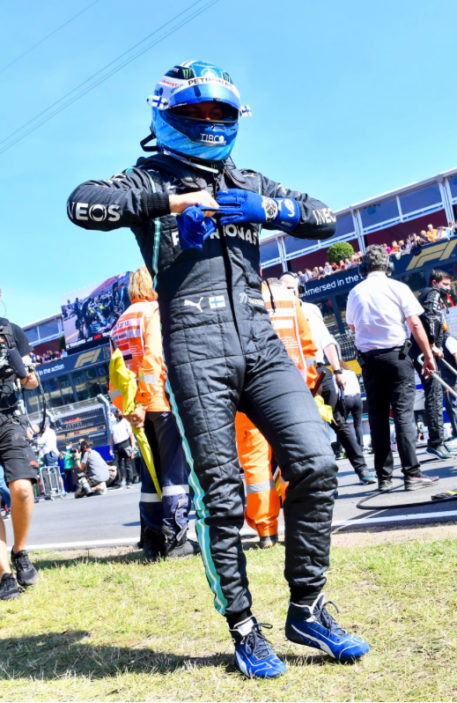 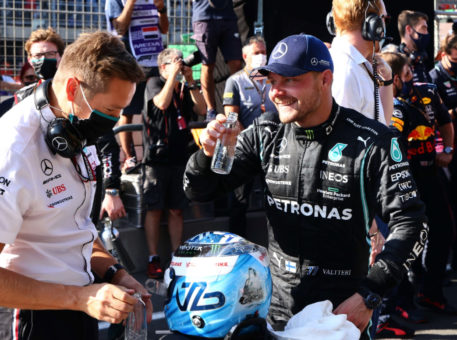 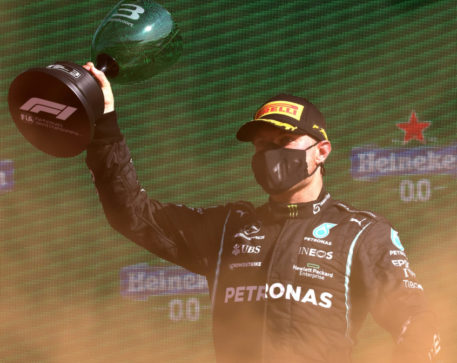 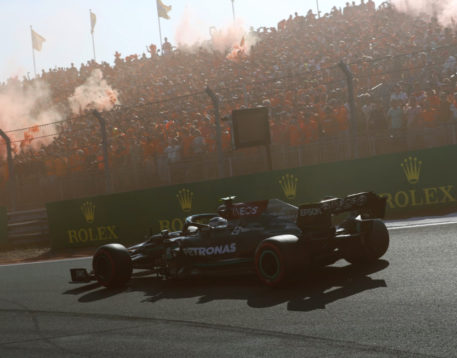 These Puma gloves were worn by Valtteri Bottas during the 2021 Dutch Grand Prix where he finished in 3rd place. Bottas signed both gloves and they come directly from him. The gloves come with a Certificate of Authenticity.

Valtteri Bottas is one of the most accomplished Finns in Formula One history, with nine wins during his five seasons with Mercedes. He finished second to teammate Lewis Hamilton in 2019 and ’20.

The GP3 champion of 2011 broke into F1 in 2013 with Williams, where he spent four seasons. His second season there produced six podium finishes, which got the attention of the paddock. He joined Mercedes for the 2017 season, helping win four constructors championships. His best season was 2019 when he won four races and five poles, with 15 podium finishes in 21 races.

Bottas will move to Alfa Romeo for the 2022 season.