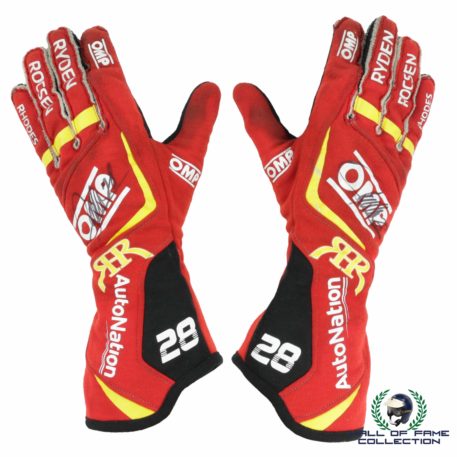 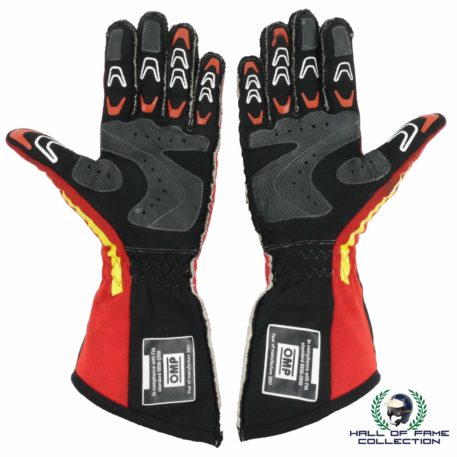 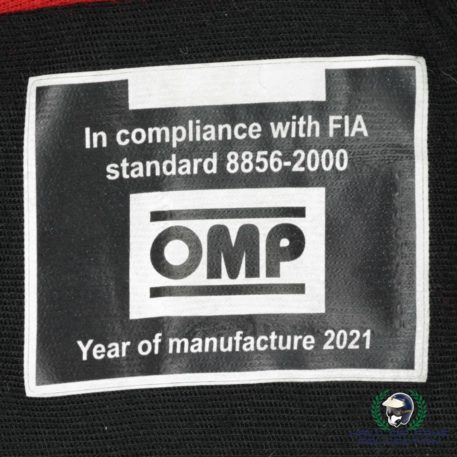 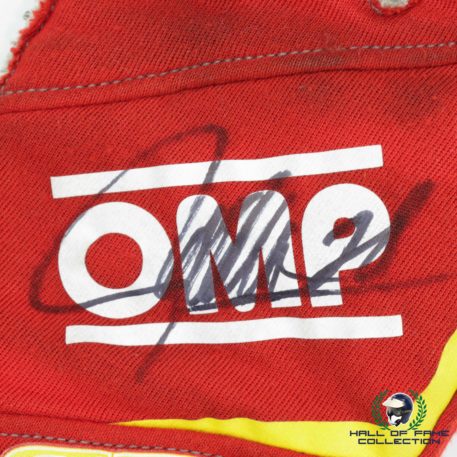 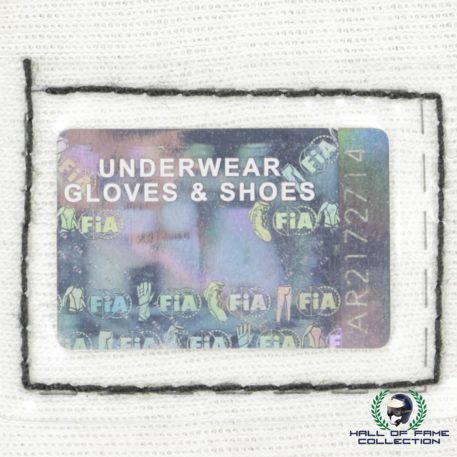 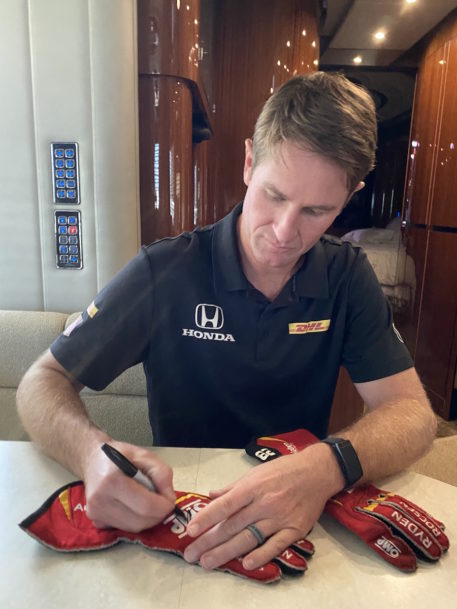 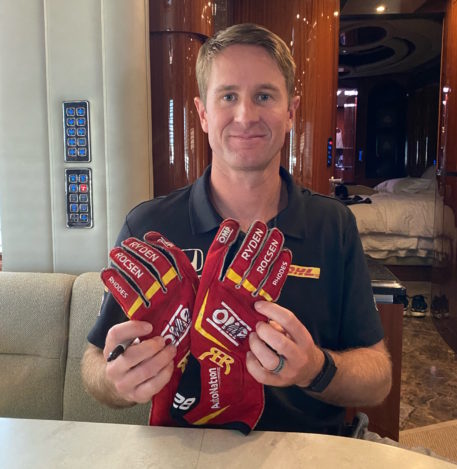 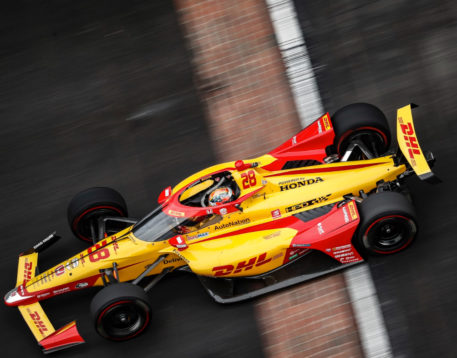 Indy 500 race-used OMG gloves worn by Ryan Hunter-Reay during the 2021 IndyCar season. The OMP gloves are in his, now classic, red and yellow colors. His logo is on the backs of the gloves, three of the fingers have the names of his sons on them and the cuffs have his number 28, as well as sponsor Autonation.

Hunter-Reay completed his 17th season in 2021, and is best known for winning the 2012 IndyCar Championship and the 2014 Indianapolis 500. His title-capturing season included a personal-best four wins, while the 500 victory featured the classic late-race duel with Helio Castroneves that saw them finish 0.060 seconds apart, the second-closest finish in event history.

Hunter-Reay’s IndyCar career began in 2003 in Champ Car when he drove for Stefan Johansson. They won the street race in Surfers Paradise, Australia, and the following year, Hunter-Reay went flag to flag for the oval victory at the Milwaukee Mile in a car owned by Keith Wiggins.

Hunter-Reay’s IndyCar Series break came in 2007 when he joined the organization owned by Bobby Rahal and David Letterman. The popular Floridian driver drove for Tony George’s Vision Racing and A.J. Foyt Racing before becoming part of the dominant Andretti Autosport in 2010. Hunter-Reay’s victory in Long Beach that year helped propel him into a full-time ride with Michael Andretti’s team that went through the 2021 season, a remarkably productive run to be sure.

The gloves come directly from Hunter-Reay’s personal collection and are signed by him in black marker pen.