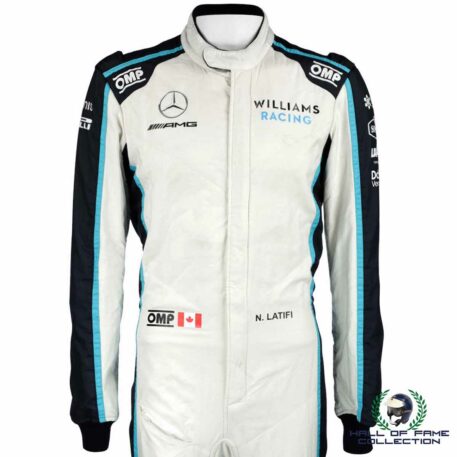 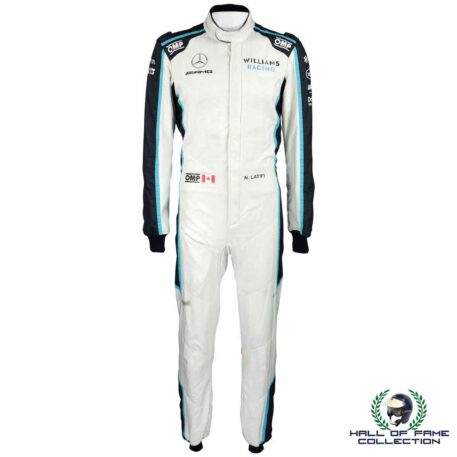 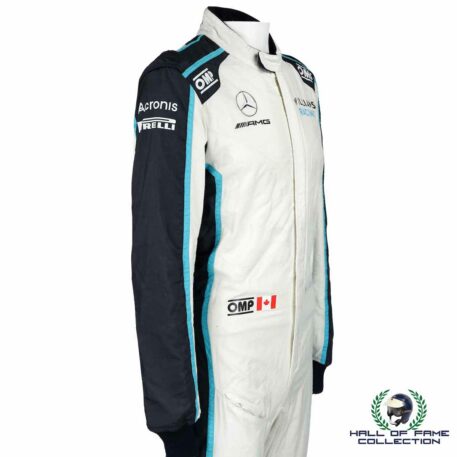 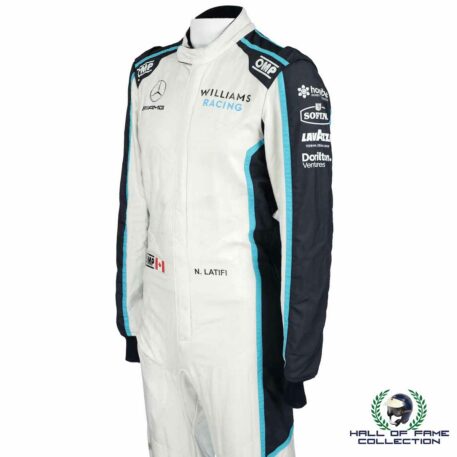 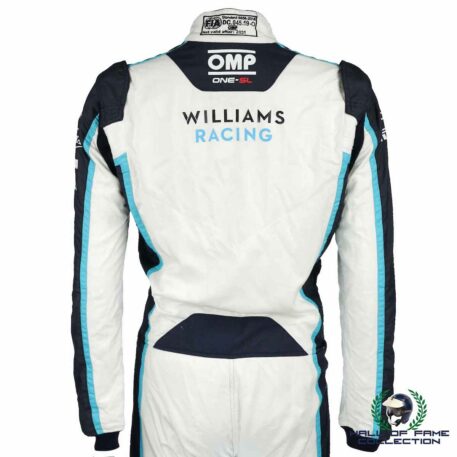 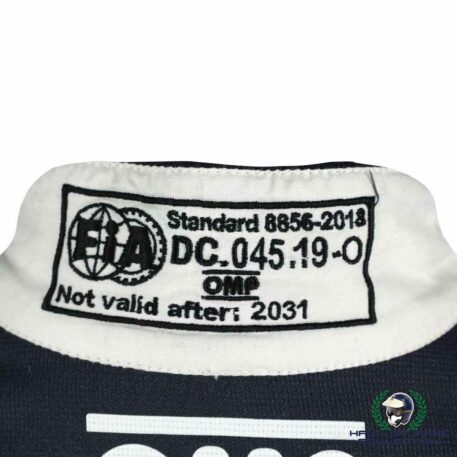 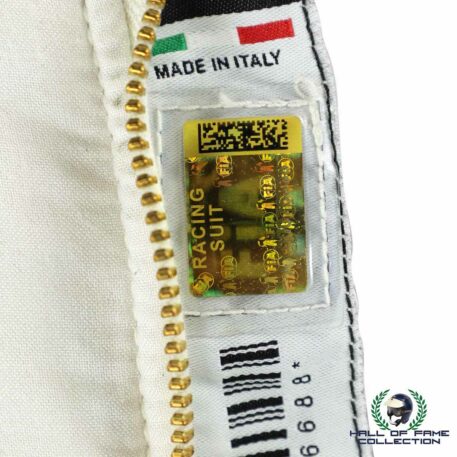 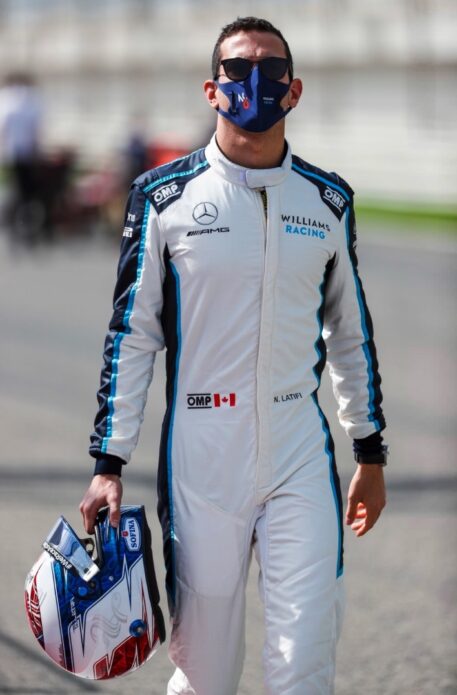 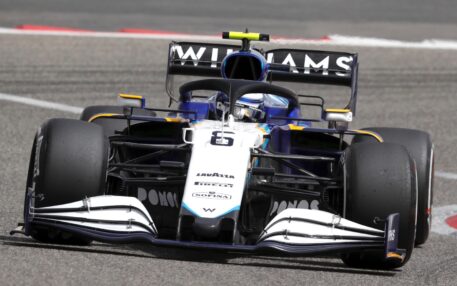 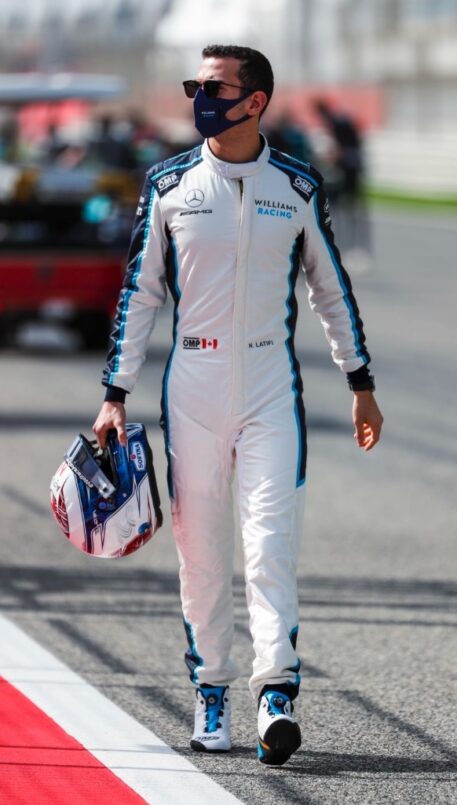 Race-used suit OMP worn by Canadian Nicholas Latifi while driving for Williams Racing during the 2021 Formula 1 season. He made his Formula 1 debut at the 2020 Austrian Grand Prix and is the 2019 Formula 2 runner-up.

At the season ending Abu Dhabi Grand Prix, Latifi was involved in a now-memorable incident that is still being discussed as of time of writing. While running sixteenth and last, he crashed out of the race on lap 53, causing the safety car to be deployed. A controversial decision taken during the safety car period by race director Michael Masi allowed Max Verstappen, who was running in second place before the crash, to race leader Lewis Hamilton during the remaining final lap of the Grand Prix and, as a result, Max went on to win both the race and the 2021 World Drivers’ Championship.