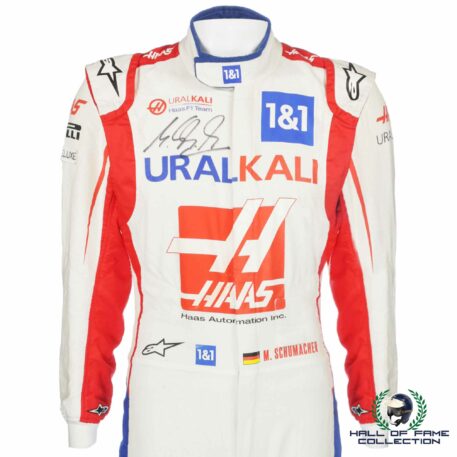 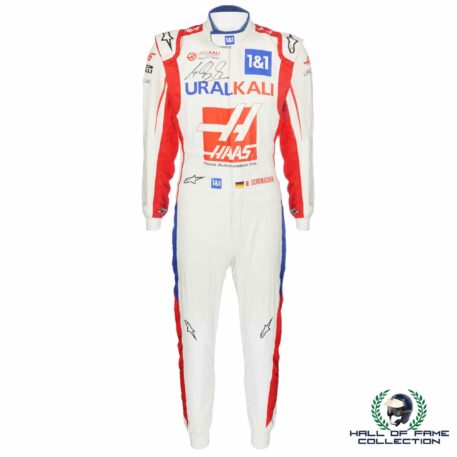 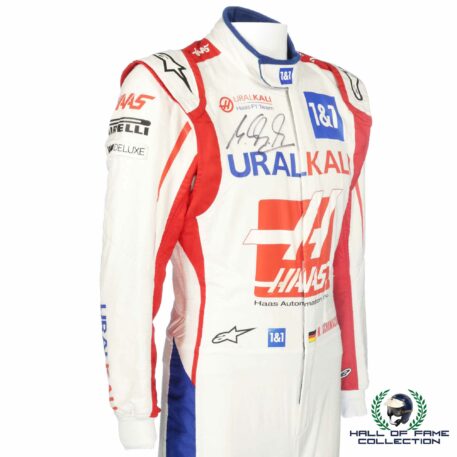 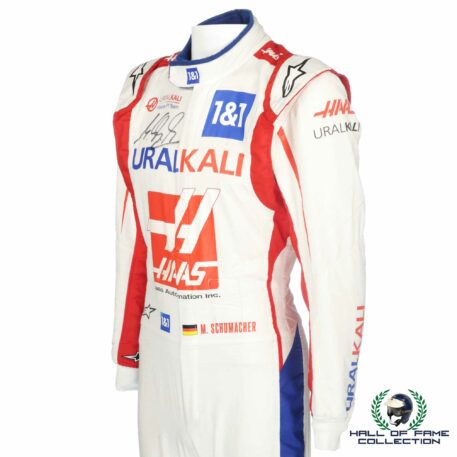 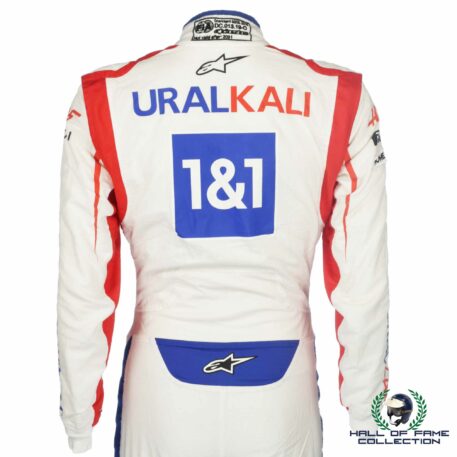 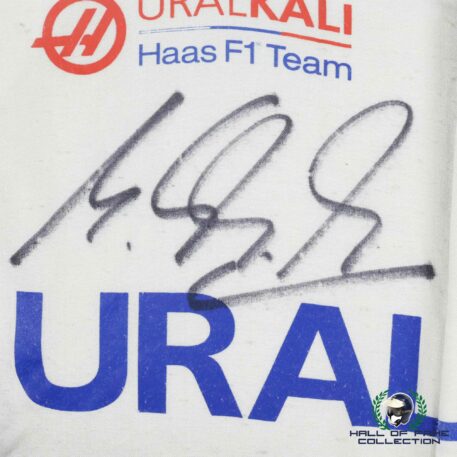 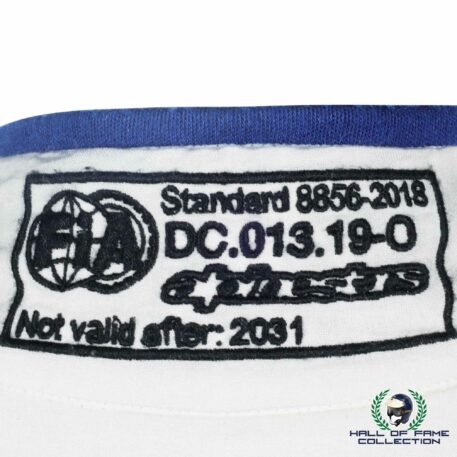 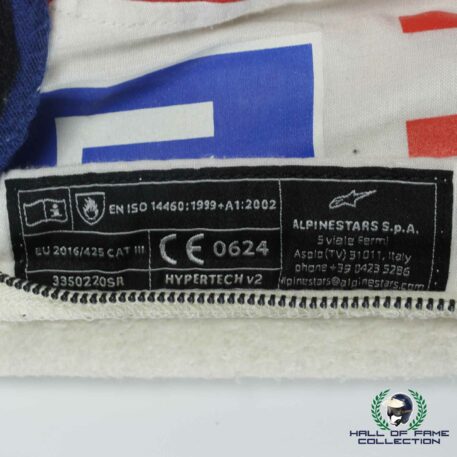 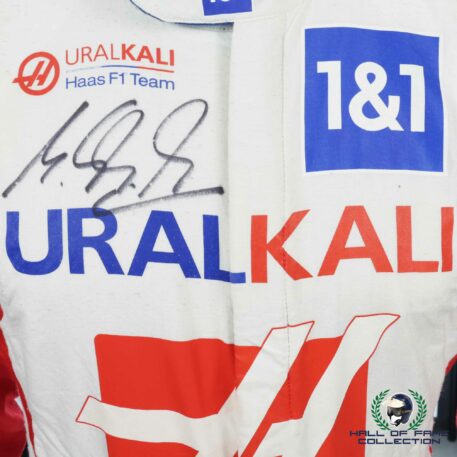 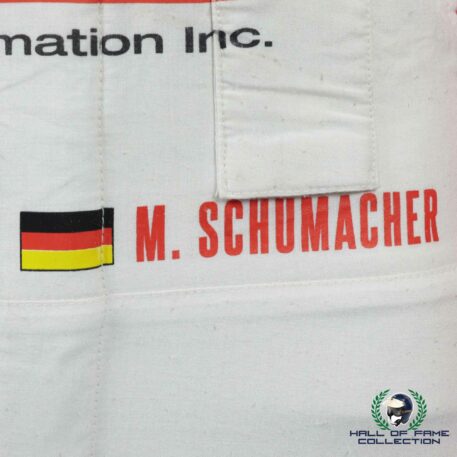 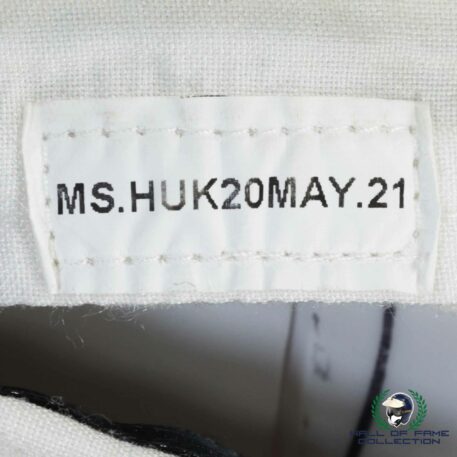 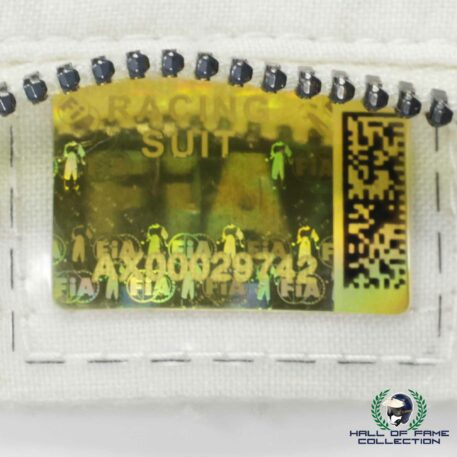 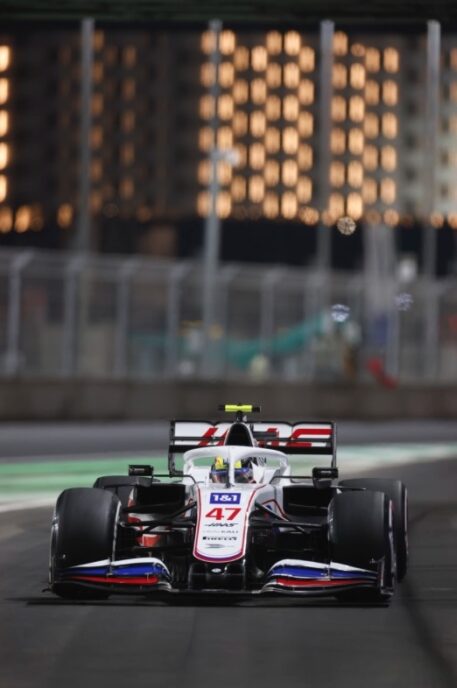 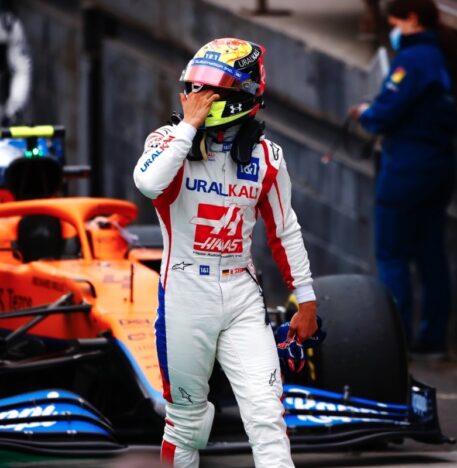 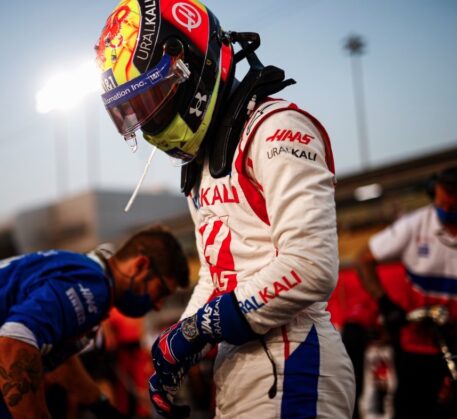 Race-used suit worn by Mick Schumacher while driving for the Uralkali Haas F1 Team in 2021.

He began his career in karting in 2008, progressing to the German ADAC Formula 4 by 2015. After winning the 2018 FIA F3 European Championship, Schumacher progressed to Formula 2 in 2019, and won the 2020 Formula 2 Championship. He is the son of seven-time Formula One World Champion Michael Schumacher and nephew of Ralf Schumacher.

Schumacher drove for the Haas team in 2021 after signing a multi-year contract, alongside Nikita Mazepin, with whom he raced in go-karts. He chose to race with the number 47 as his two favorite numbers, 4 and 7, were already taken. After the Formula One season finale in Abu Dhabi, Ferrari team principal Mattia Binotto said that after a “very difficult” first season at Haas, he believed Schumacher could drive for Ferrari as early as the 2023 season. Schumacher is set to remain with Haas for the 2022 season and will also be a reserve driver for Ferrari alongside Antonio Giovinazzi.

The suit is signed by Mick Schumacher and comes with a Certificate Of Authenticity.