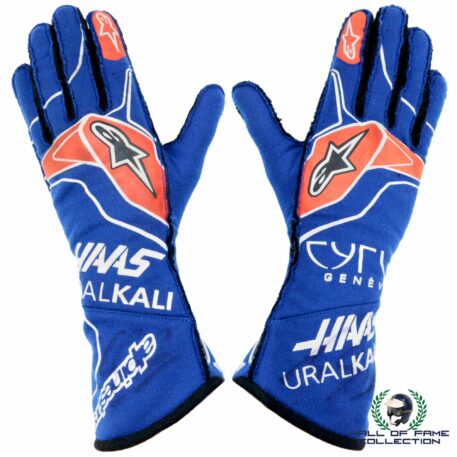 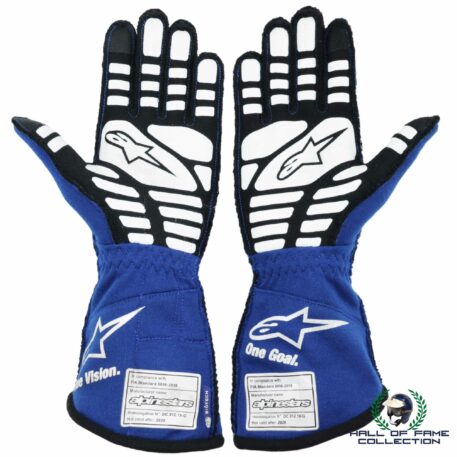 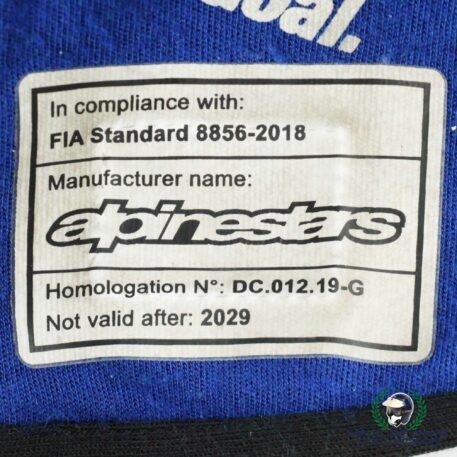 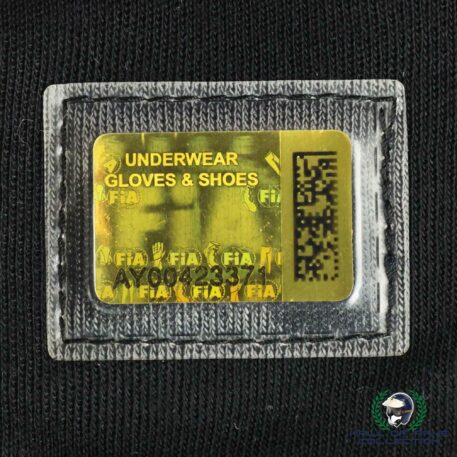 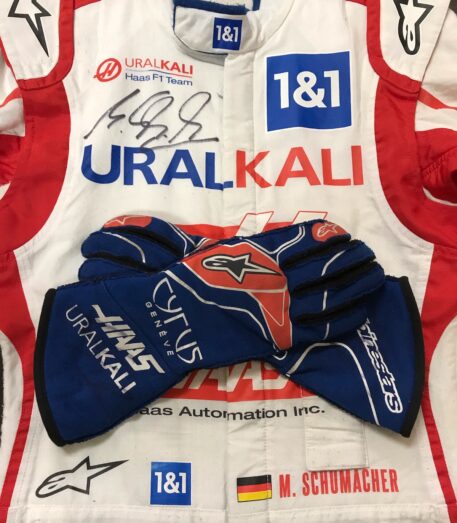 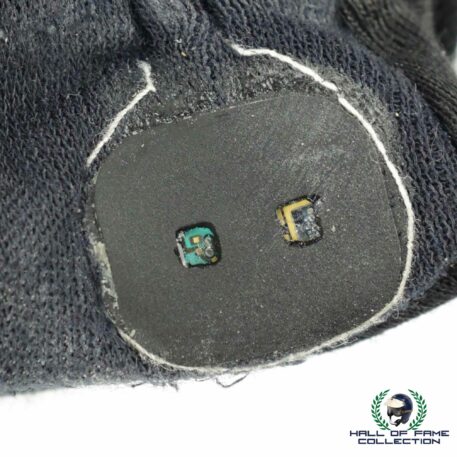 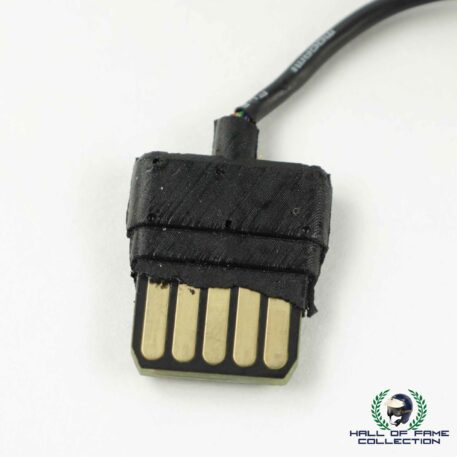 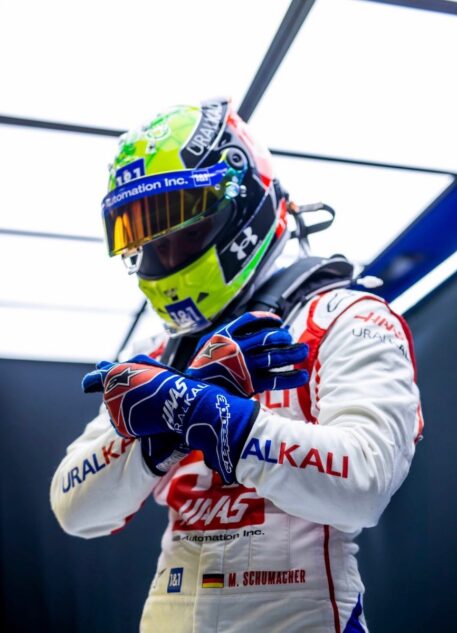 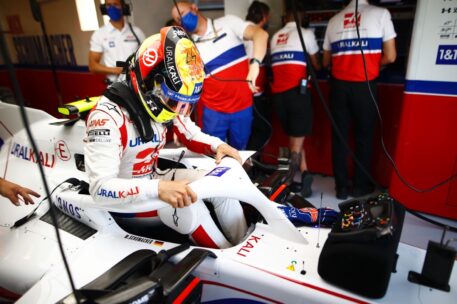 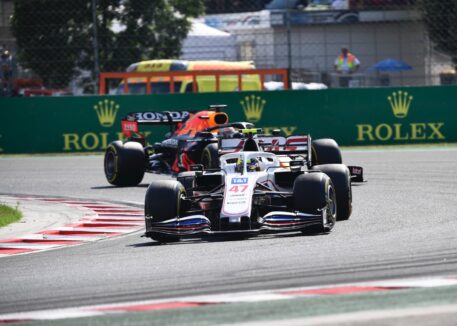 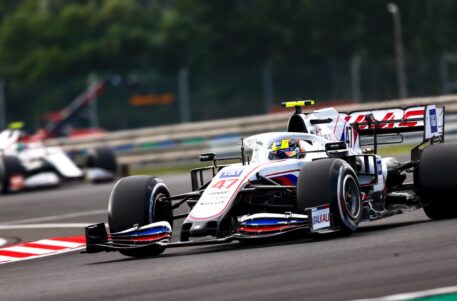 Race-used Alpinestar gloves worn by Mick Schumacher during the 2021 Hungarian Grand Prix while driving for the Haas Racing team.

Mick crashed in the final practice session for the Hungarian Grand Prix and was forced to miss qualifying as his car was not repaired in time. He finished thirteenth in the race after avoiding the collisions on the opening lap, and was later promoted to twelfth after Sebastian Vettel’s disqualification. This was his highest race position of the season, and he went on to say he was proud of his performance after having on-track battles with Max Verstappen.

Mick is a member of the Ferrari Driver Academy and a reserve driver for Scuderia Ferrari. He began his career in karting in 2008, progressing to the German ADAC Formula 4 by 2015. After winning the 2018 FIA F3 European Championship, Schumacher progressed to Formula 2 in 2019, and won the 2020 Formula 2 Championship. He is the son of seven-time Formula One World Champion Michael Schumacher, nephew of Ralf Schumacher and cousin of David Schumacher.

The gloves are signed by Schumacher and come with a Certificate Of Authenticity.