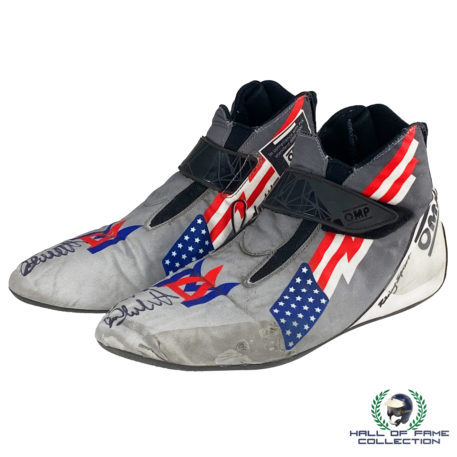 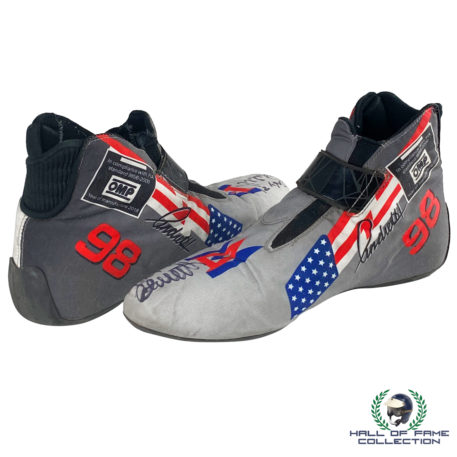 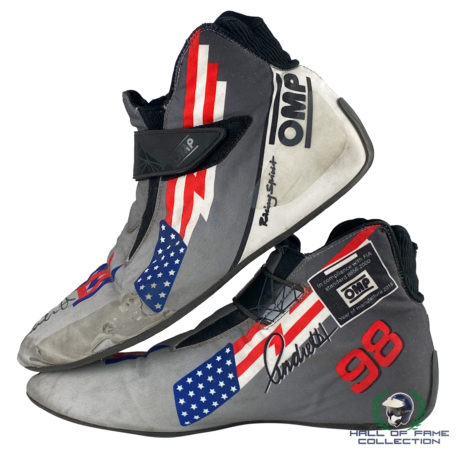 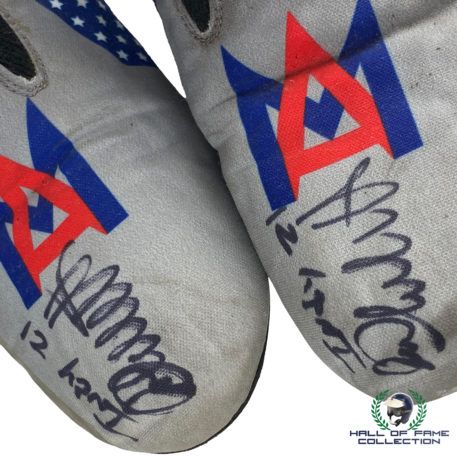 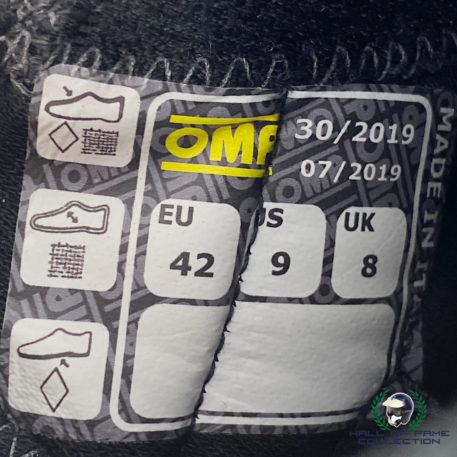 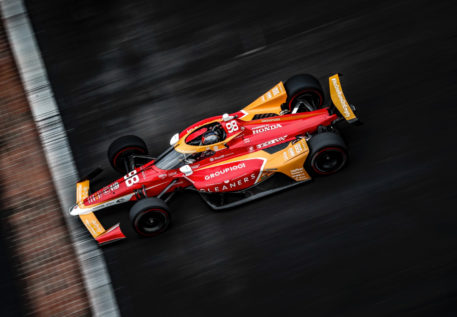 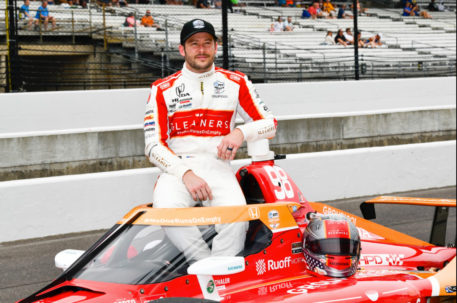 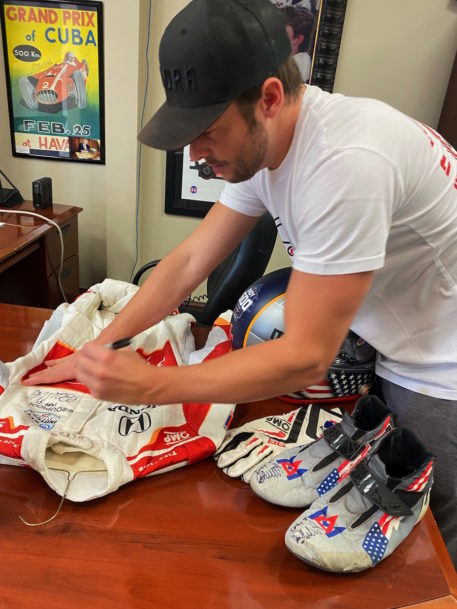 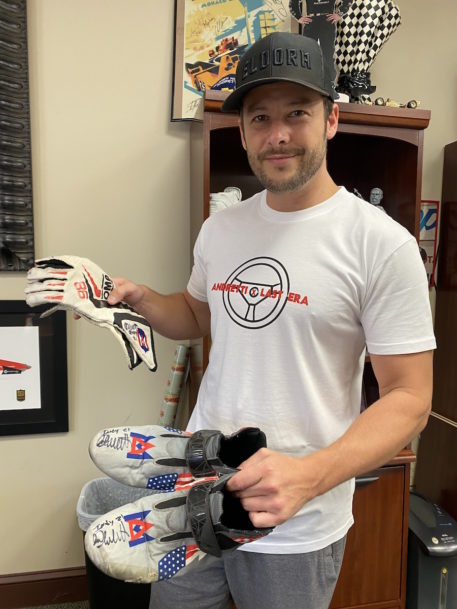 OMP race boots worn by Marco Andretti during the 2021 Indy 500 while driving for Andretti Herta-Haupert Autosport.

Marco Andretti is an American auto racing driver who drives the No. 98 car for Andretti Herta-Haupert Autosport in the IndyCar Series. He is the third generation of the famous Andretti racing family to do so. Following disappointing 2018 and 2019 seasons in which he failed to secure any podium finishes, Andretti qualified for the pole position at the 2020 Indianapolis 500, posting an average speed of 231.068MPH, the first time an Andretti had sat on pole for the Indy 500 since his grandfather Mario had in 1987. Marco has raced in the Indy 500 a total of 16 times, scoring a 2nd place in 2006 (his rookie season) and three 3rd places in 2008, 2010 and 2014 respectively.

The boots are both signed by Marco Andretti in black marker pen and he has also written ‘Indy 21’ above his signatures.