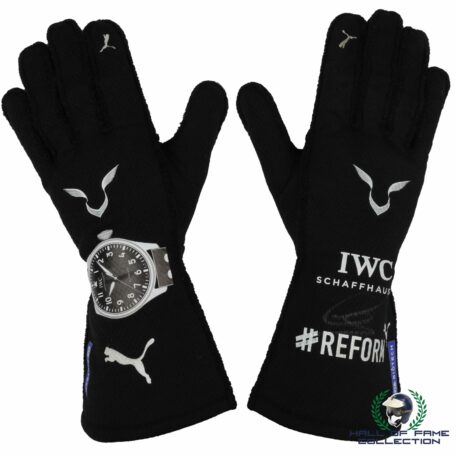 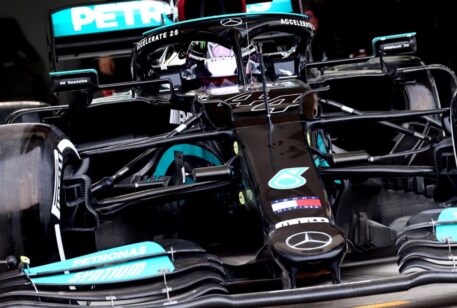 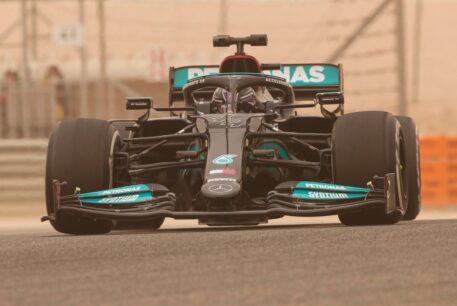 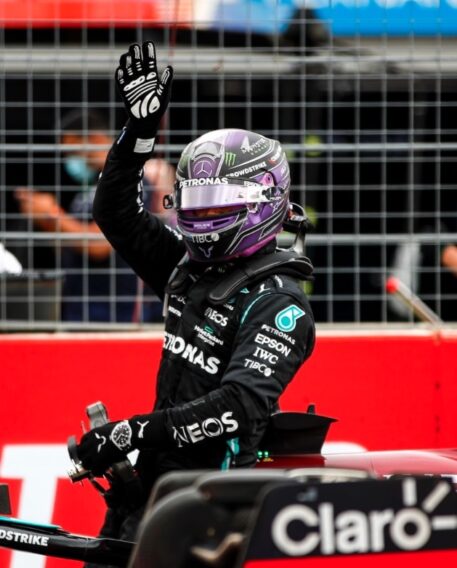 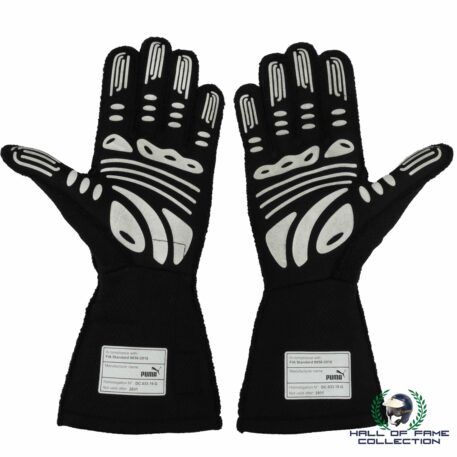 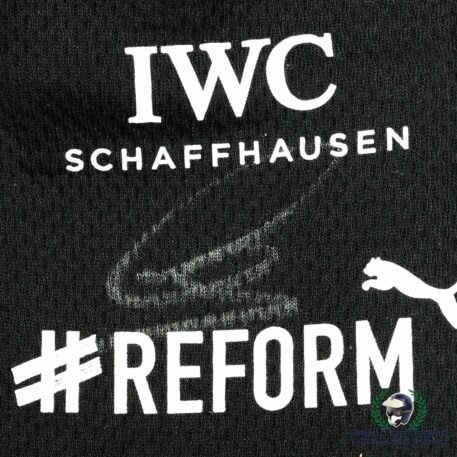 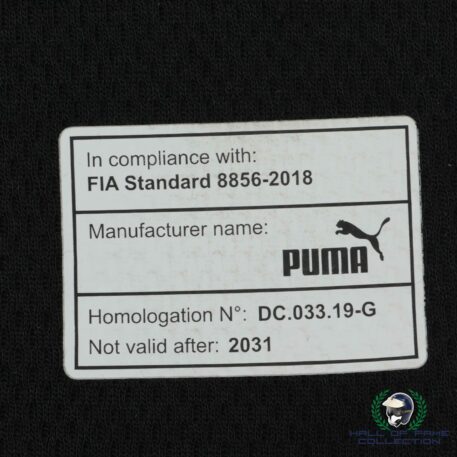 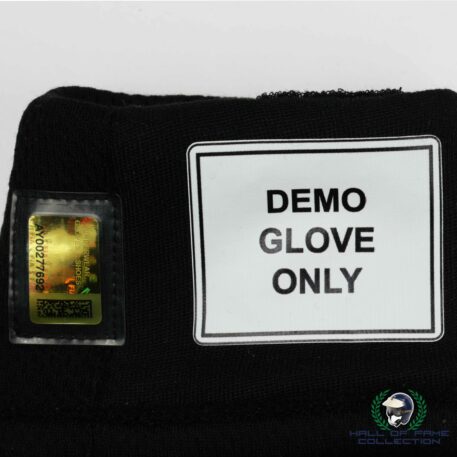 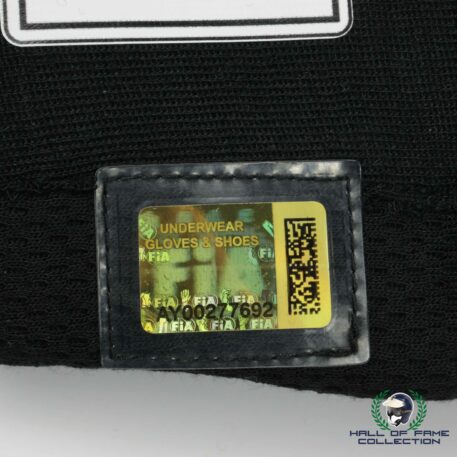 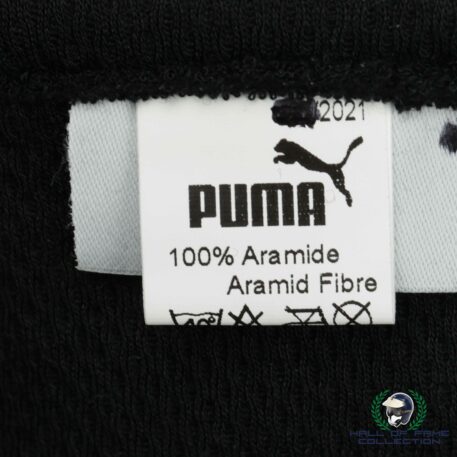 Puma Motorsports gloves worn by Lewis Hamilton for 2021 pre-season testing. These demo gloves were used by Hamilton to make sure he was happy with them before producing his actual race gloves. One of the gloves is signed by Hamilton in silver marker pen.

Hamilton currently competes in Formula One for Mercedes-AMG Petronas, having previously driven for McLaren from 2007 to 2012. To date Hamilton has won a joint-record seven World Drivers’ Championship titles (tied with Michael Schumacher), and holds the records to date for the most wins (103), pole positions (103), and podium finishes (182), amongst others.

Hamilton’s very successful first season in Formula One saw him partner two-time and defending World Champion Fernando Alonso. After finishing on the podium in his debut race in Australia, Hamilton would go on to score four victories, six poles and 12 podiums and finished runner-up in the 2007 World Drivers’ Championship to Kimi Räikkönen by just one point. He also set records for the most consecutive podium finishes from debut (nine), the joint most wins in a debut season (four) and the most points in a debut season (109).