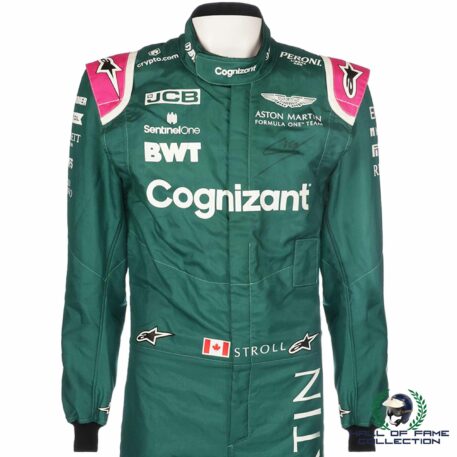 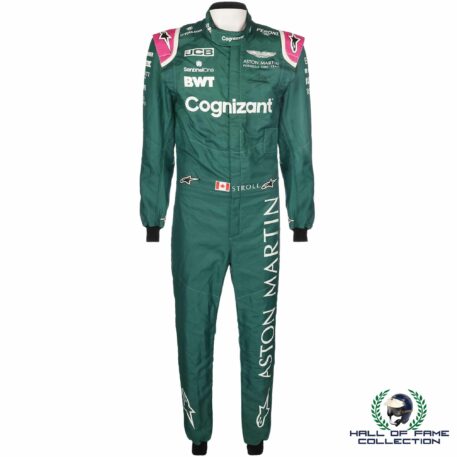 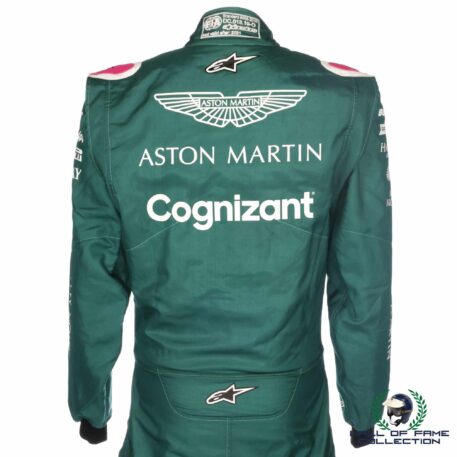 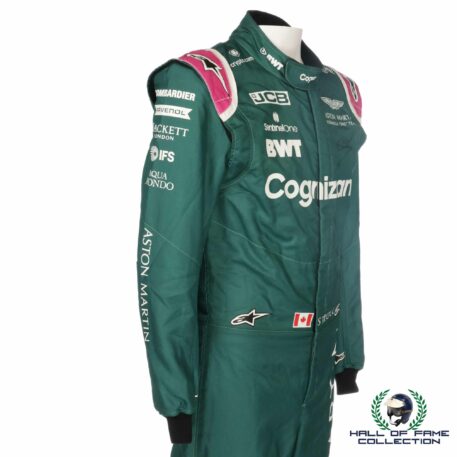 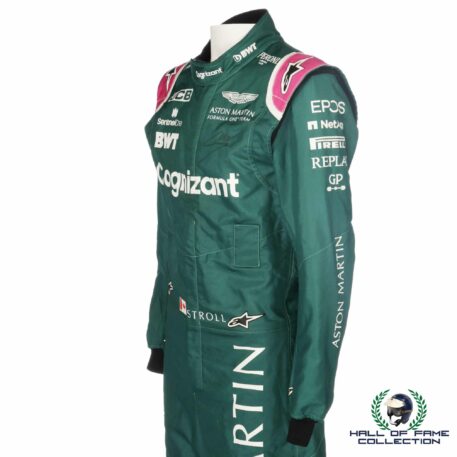 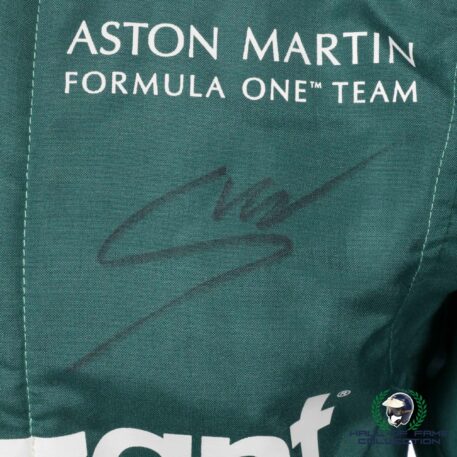 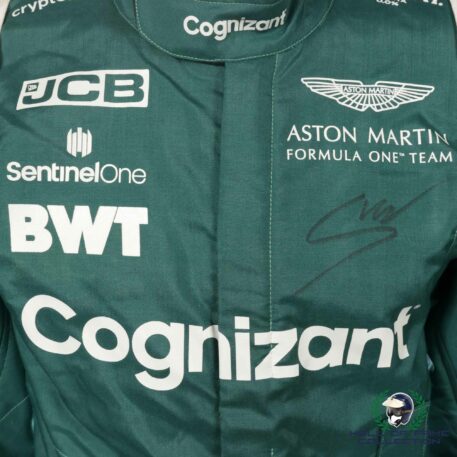 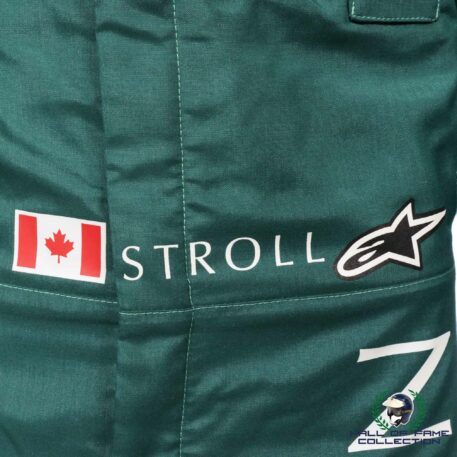 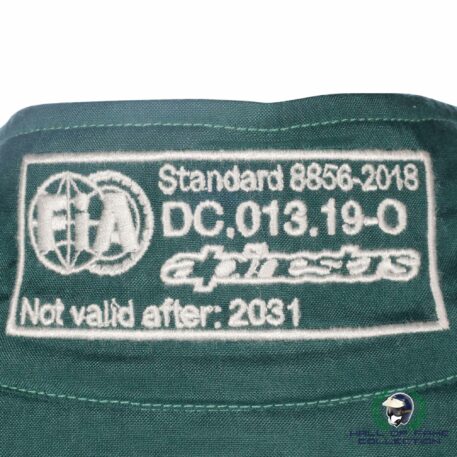 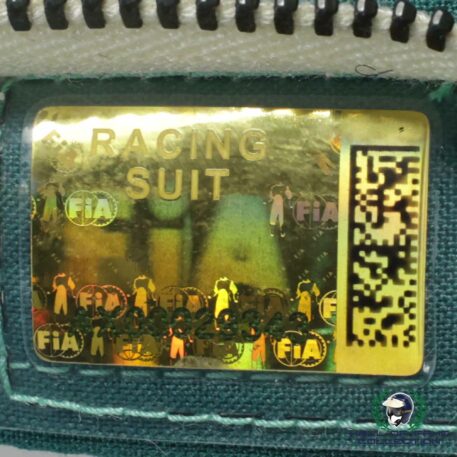 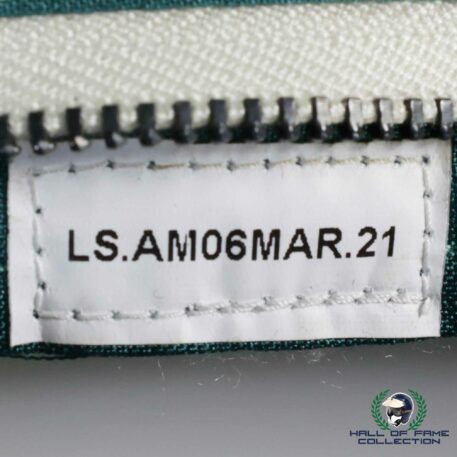 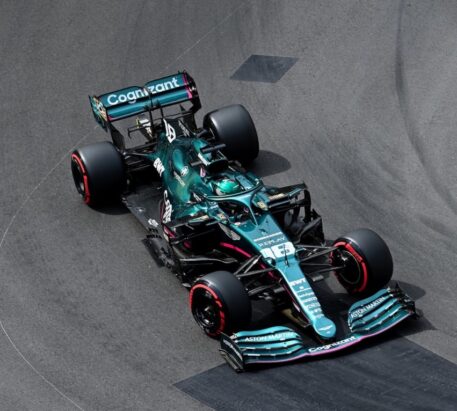 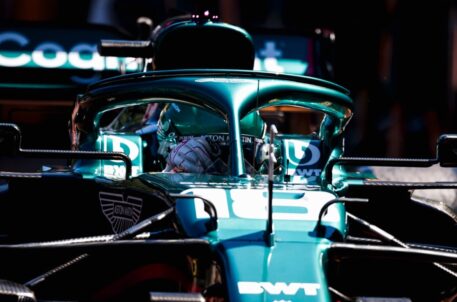 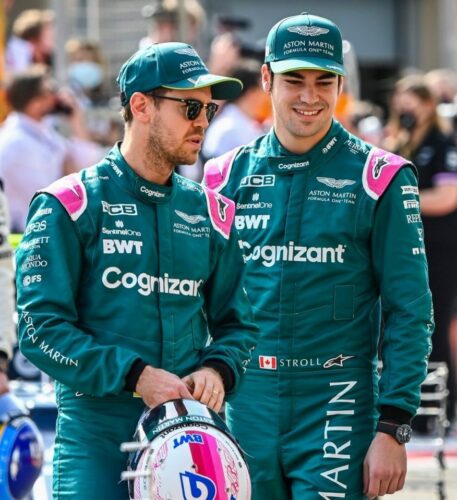 Alpinestars suit worn by Lance Stroll while driving for Aston Martin during the 2021 season. Stroll has signed the chest in black marker.

Lance Stroll, a five-year Formula One veteran, became the second-youngest driver to earn a Grand Prix pole when he finished third at the Azerbaijan Grand Prix in 2017 while driving for Williams.

Stroll spent two seasons with Williams before moving to Racing Point (now Aston Martin) for the past three years. He delivered his best season in 2020 when he won his first pole in the Turkish Grand Prix, finishing ninth. The season, powered by Mercedes, culminated with a career-best 11th-place finish in the standings.

The early part of the Canadian-Belgian driver’s career included success in North American karting, which led him to be included in the Ferrari Drivers Academy from 2010-2015. He also has made two starts in the Rolex 24 at Daytona, finishing fifth with Chip Ganassi’s team in his maiden attempt in 2016. That was the year he won the F3 championship as the team (with Max Gunther) took the top two positions, and with George Russell coming in third.