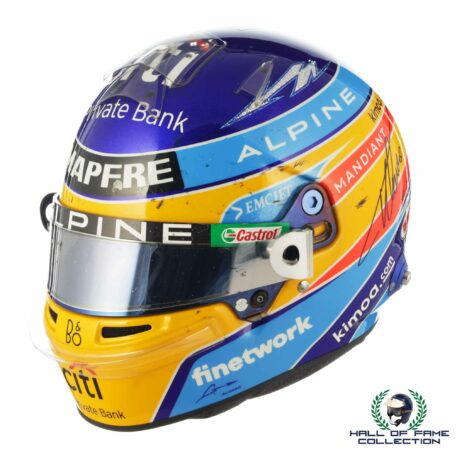 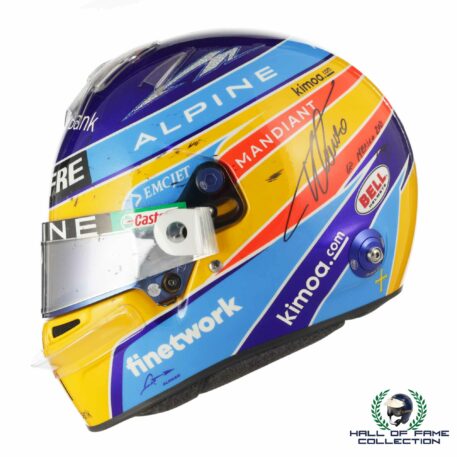 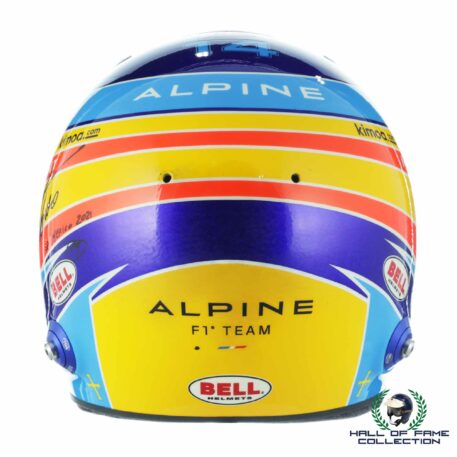 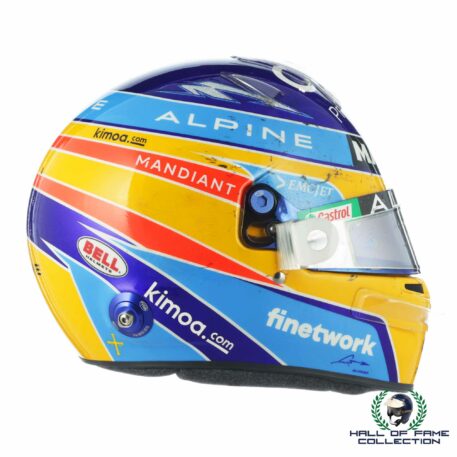 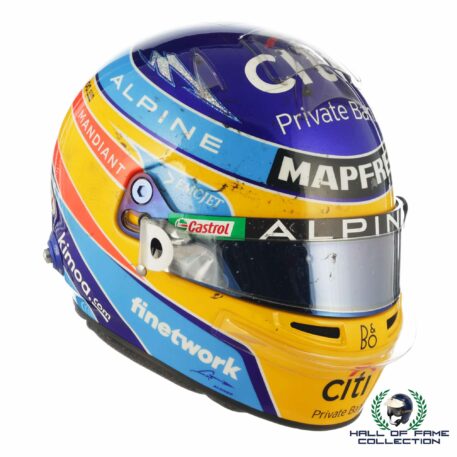 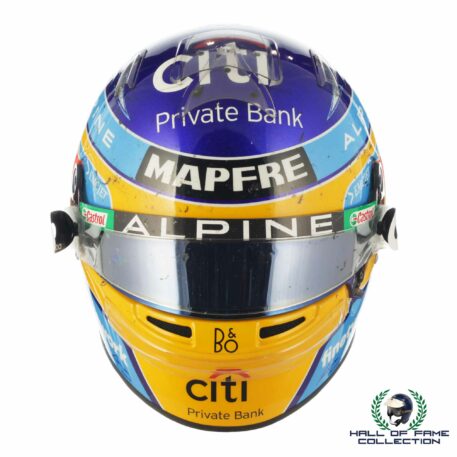 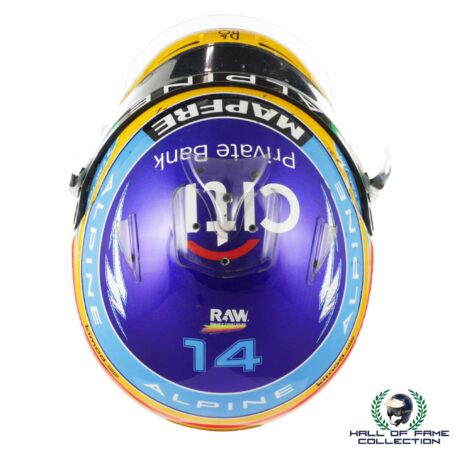 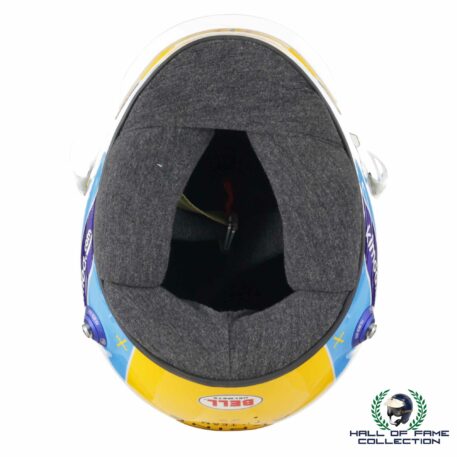 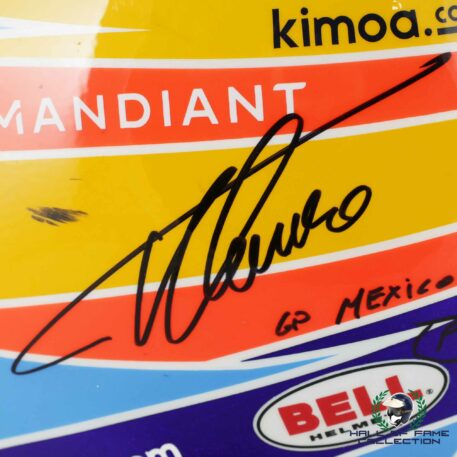 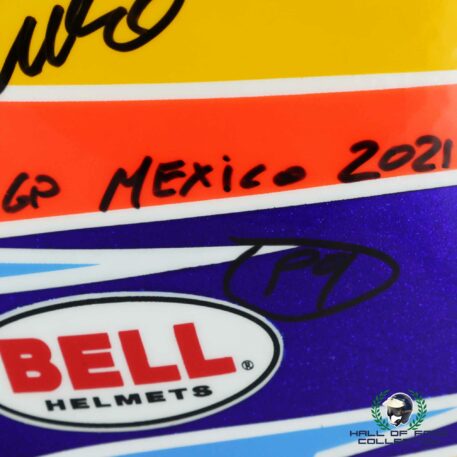 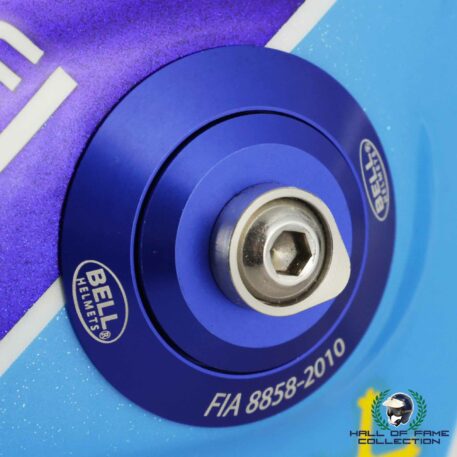 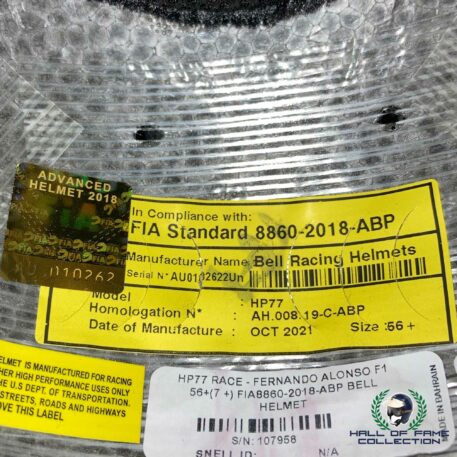 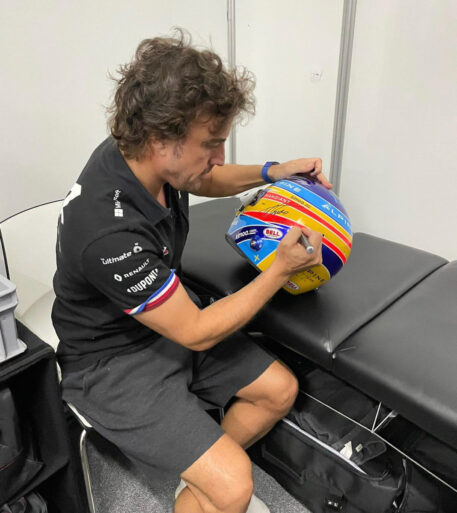 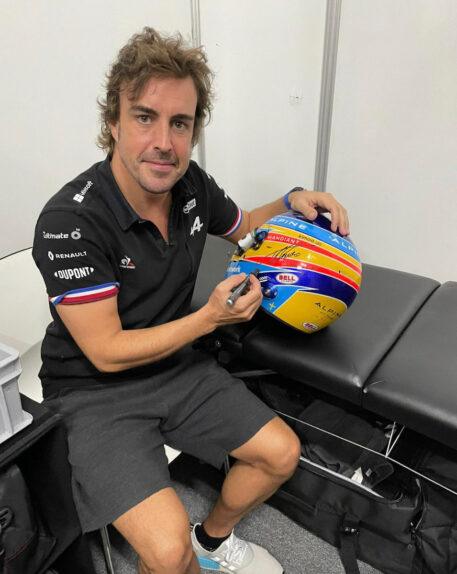 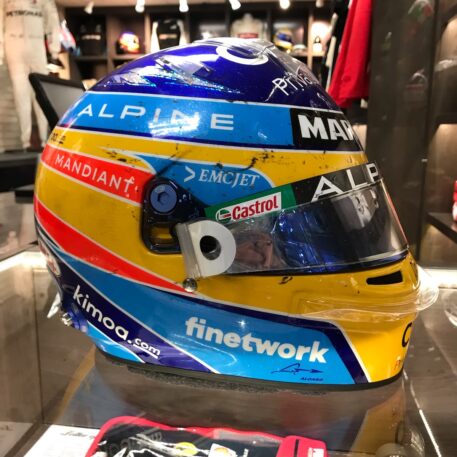 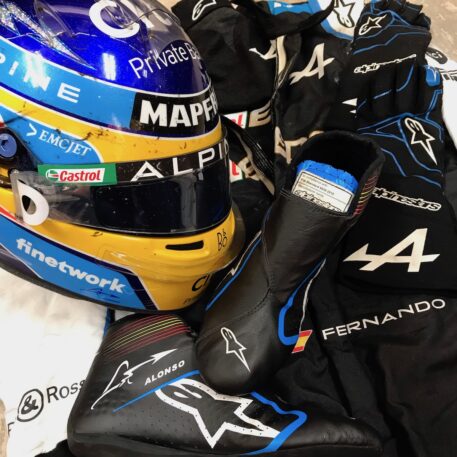 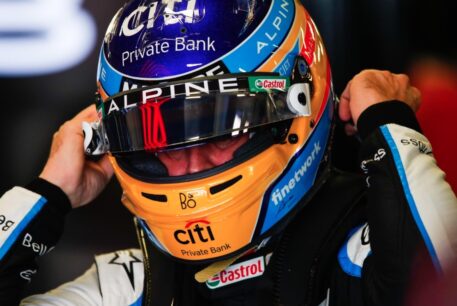 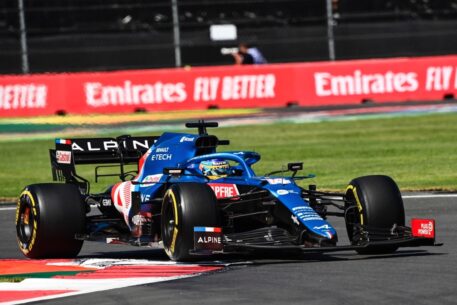 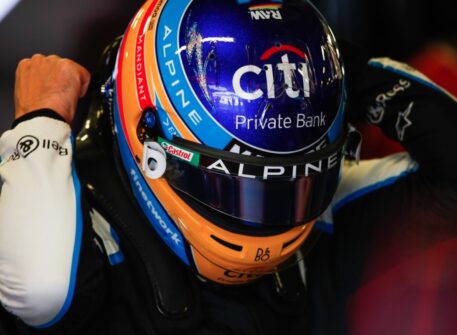 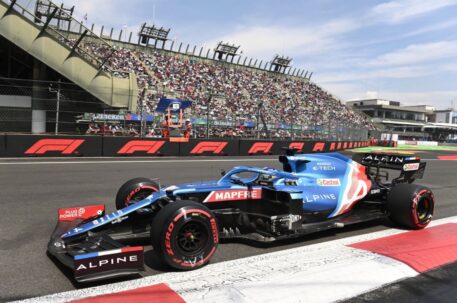 Bell HP 77 helmet worn by Fernando Alonso during the 2021 Mexican GP while driving for Alpine F1. Alonso would qualify in 16th and then managed to drive his way up to a 9th place finish in the race. The helmet was acquired directly from Alonso shortly after the race and is signed by him, and still has visor tear-offs attached just as it was when last used.

Alonso also won 11 F1 races while driving for the Ferrari and another 4 with McLaren — for a total of 32 victories, which ranks him sixth all-time. His natural talent and innate ability to adapt with different teams over different time periods continues to this day with the Alpine F1 team. The perfect illustration of this was when Alonso was positioned to win the 2017 Indianapolis 500 in his maiden start, but engine trouble be felled him on Lap 179 of 200. He finished 29th after starting fifth and leading 27 laps in a McLaren-sponsored Andretti Autosport car, both of which were mightily impressive.