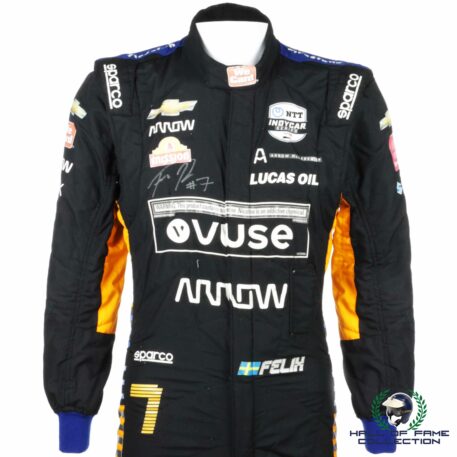 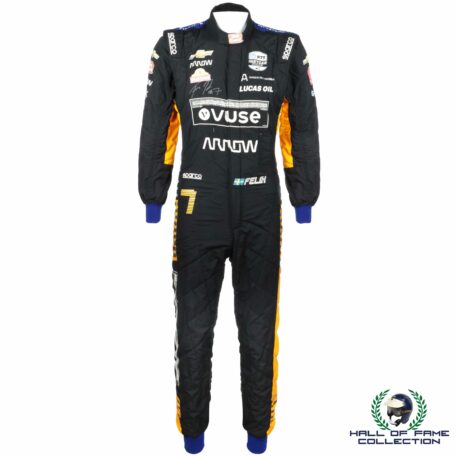 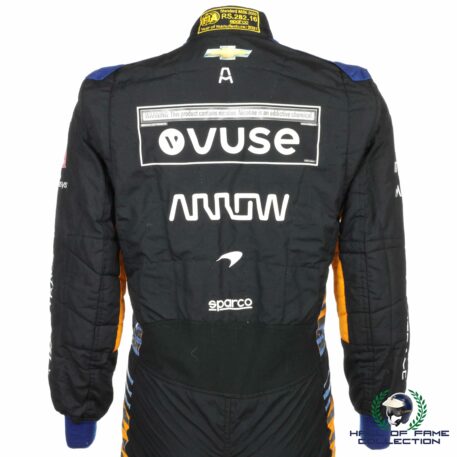 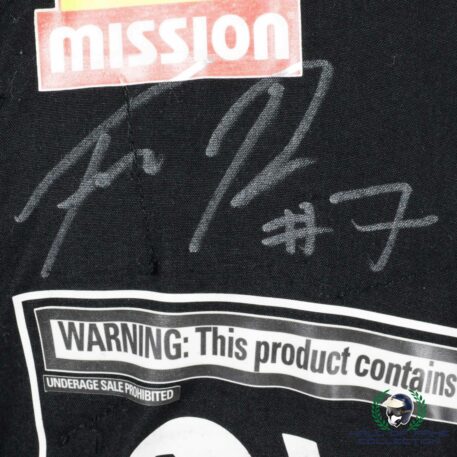 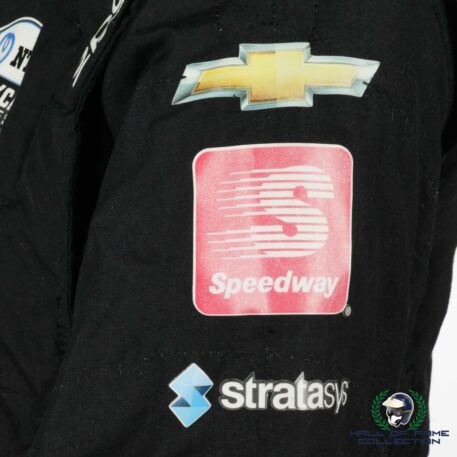 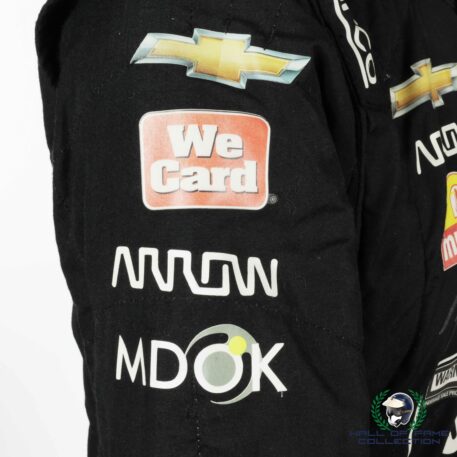 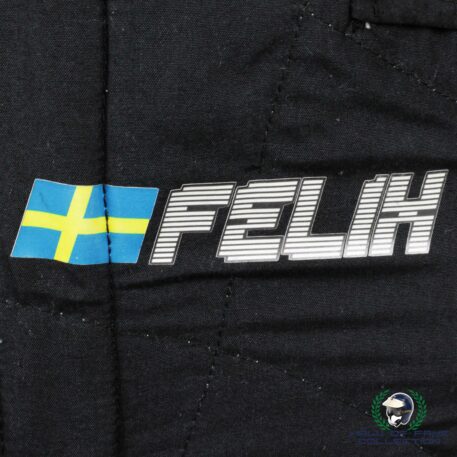 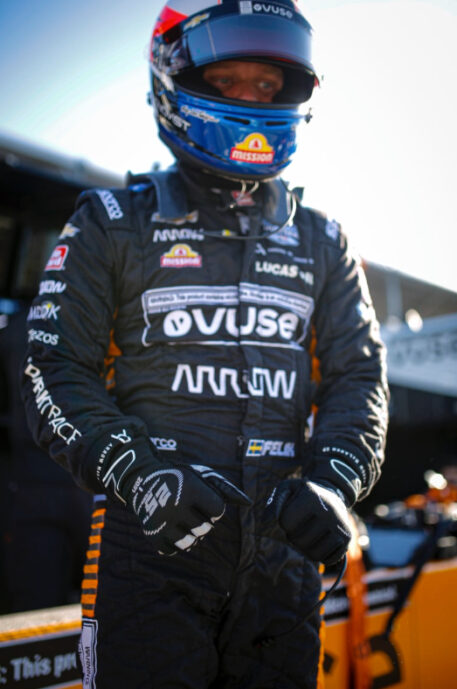 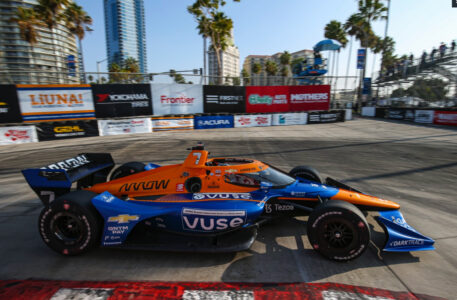 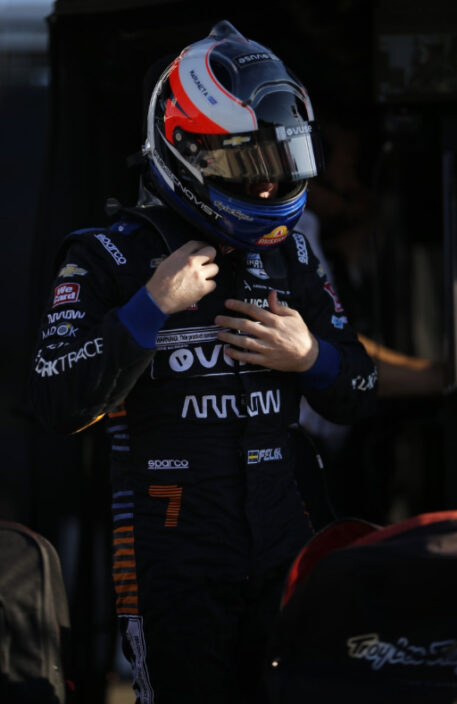 Sparco suit worn by Felix Rosenqvist during the 2021 IndyCar season. This suit has been signed by Rosenqvist on the chest in silver marker pen.

After years of racing in different parts of the world, Felix Rosenqvist found a home in IndyCar in 2019. He had a solid first year in IndyCar, finishing in second twice while driving for Chip Ganassi Racing. The Swede won his first series race in 2020 in the No. 10 NTT Data Honda at Road America. Rosenqvist moved to Arrow McLaren SP for the 2021 season.

Rosenqvist’s racing history includes a 2015 victory in the Macau Grand Prix, and three wins each in Formula E and Indy Lights.