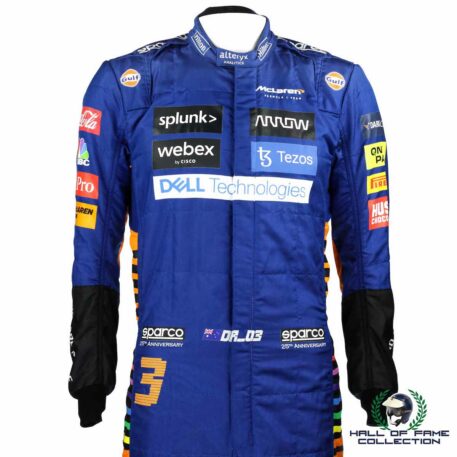 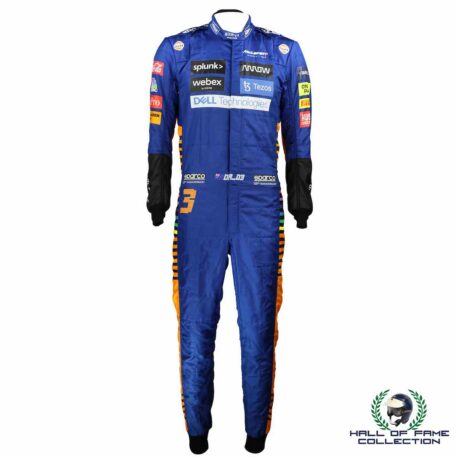 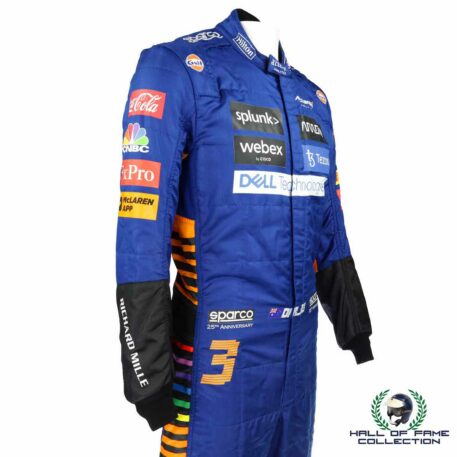 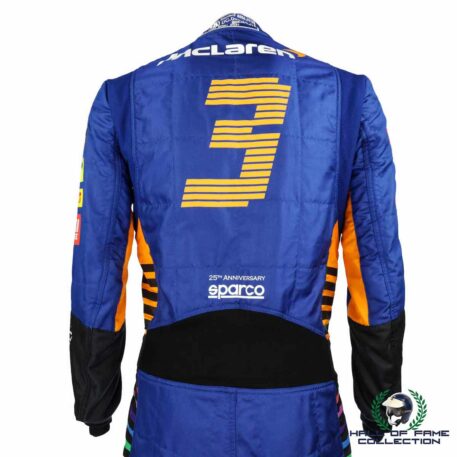 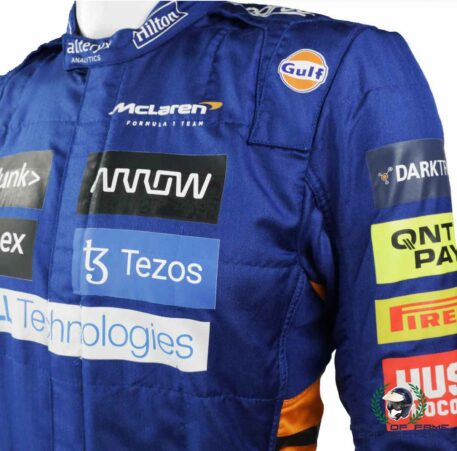 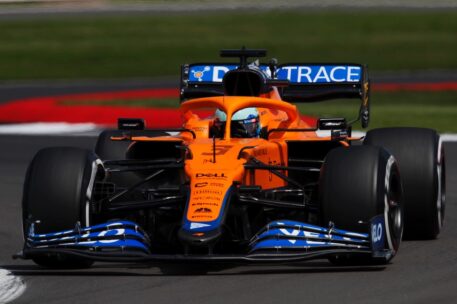 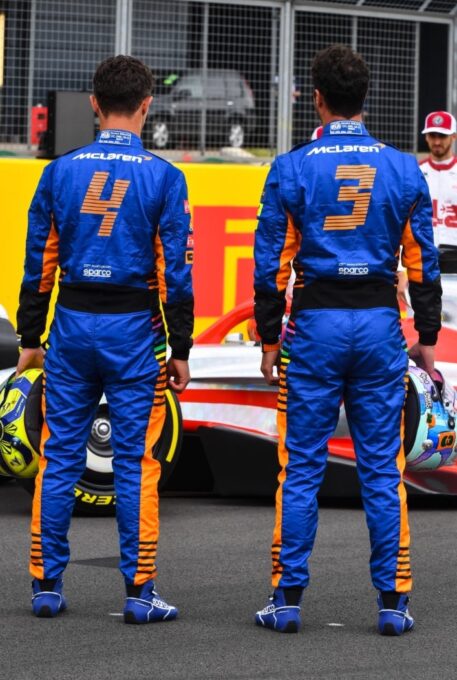 Race-used Sparco suit worn by Daniel Ricciardo during the 2021 F1 season while driving for McLaren.

After two years at the Renault F1 Team, Ricciardo joined McLaren as a replacement for Carlos Sainz Jr. who signed a multi-year deal with Ferrari. He is currently partnered with Lando Norris, who was retained by the team until 2025.

For most of the season Ricciardo had middling results, consistently finishing in the top 10… and then came the Italian Grand Prix at Monza. Ricciardo would qualify in 5th, six one-thousands of a second down on his teammate. During the sprint race on Saturday, Ricciardo gained two positions on the opening lap to finish in 3rd position, earning him one Championship point. As a result of a grid penalty to Valtteri Bottas, he started Sunday’s Grand Prix on the front row. At the start of the race, Ricciardo got a better start than polesitter Max Verstappen and took the lead into turn one. He held off Verstappen for 21 laps, surviving a safety car restart and late pressure from Norris whom he led home to claim his first victory for McLaren, while also setting the fastest lap. This was also the team’s first win since the 2012 Brazilian Grand Prix and McLaren’s first 1-2 finish since the 2010 Canadian Grand Prix.