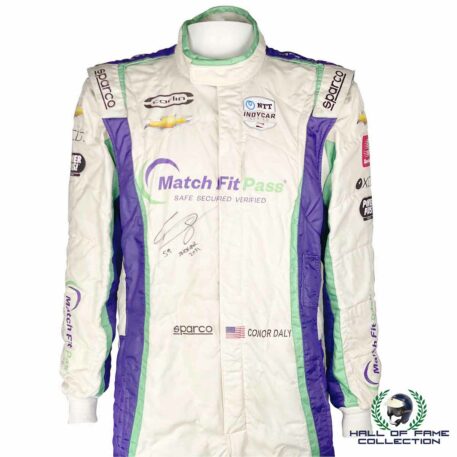 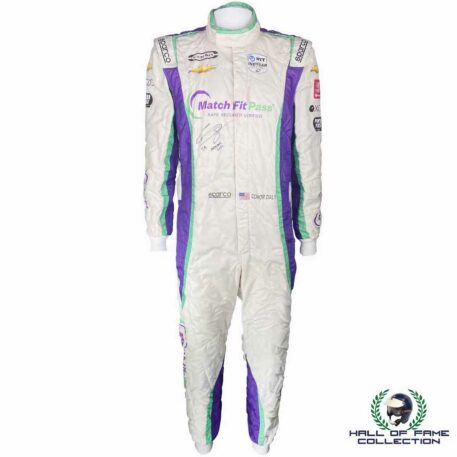 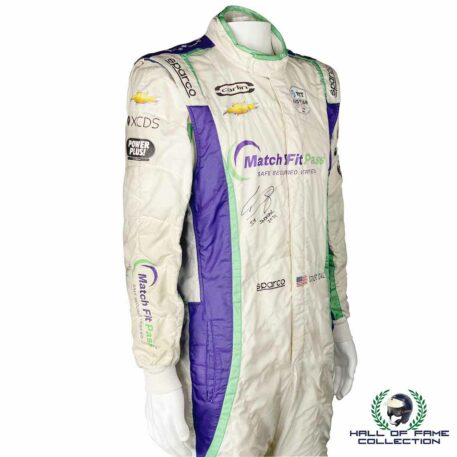 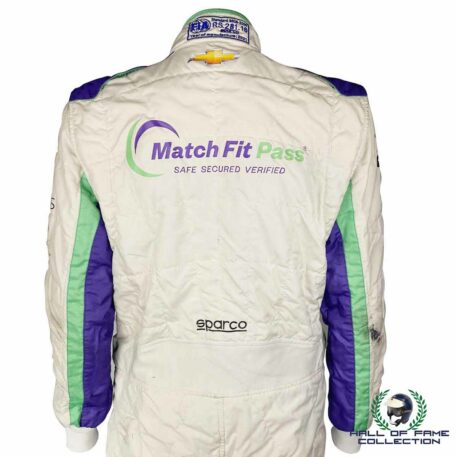 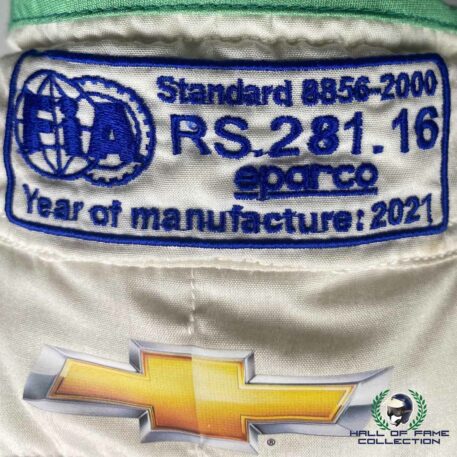 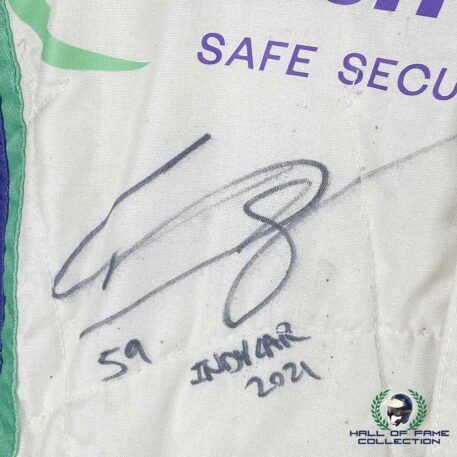 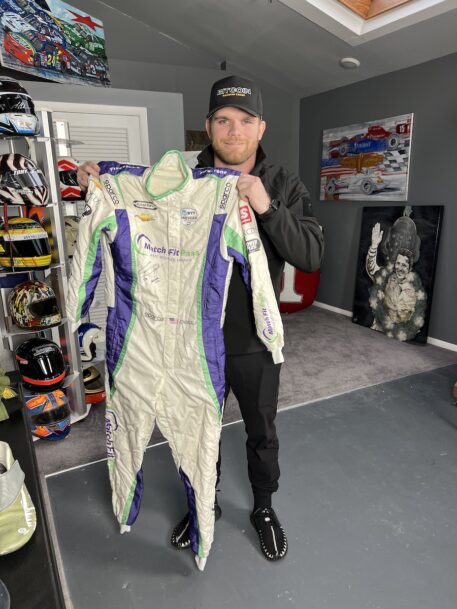 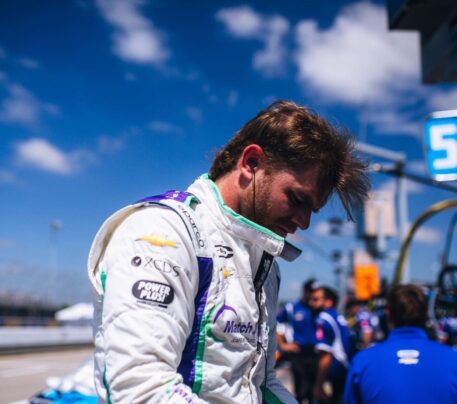 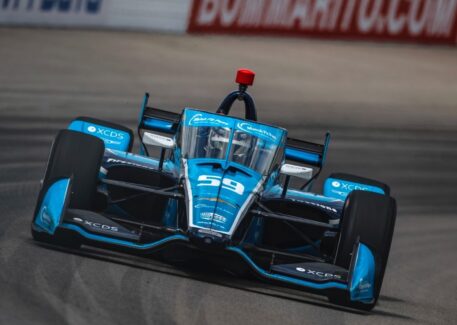 Race-used Sparco suit worn by Conor Daly during the 2021 IndyCar season while driving  for Carlin Racing in the Bommarito Automotive Group 500 at the Gateway Motorsports Park.

Conor Daly, the son of former Formula One and IndyCar driver Derek Daly, has carved out quite the name for himself in U.S. racing, with 2022 being the ninth season he has competed in the NTT INDYCAR SERIES.

Daly won the Star Mazda Championship in 2010 and has been clawing his way to the top of motorsports ever since. He was a Force India F1 test driver in 2012 and made his Indianapolis 500 debut in 2013 with A.J. Foyt Racing. Daly enters the 2022 season with 80 IndyCar starts, winning the pole at Iowa Speedway in 2020. His signature moment thus far has been leading 40 laps in the 2021 Indianapolis 500, the home race for the native of the Indianapolis suburb of Noblesville, Indiana.

The suit is signed by Conor and comes with a Certificate Of Authenticity.