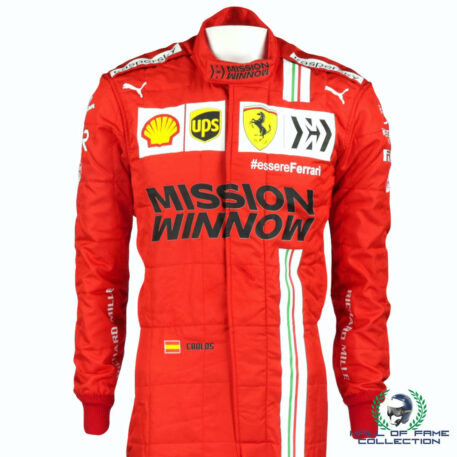 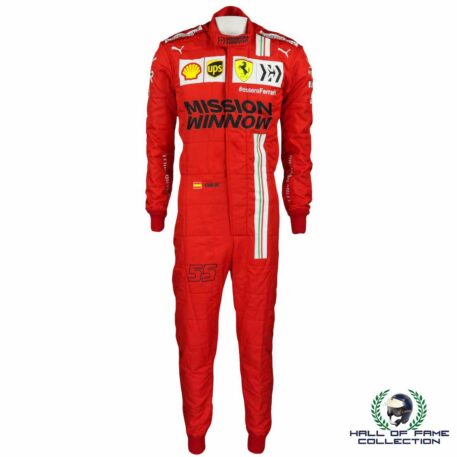 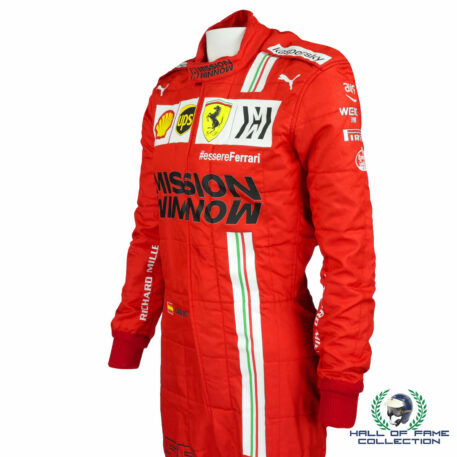 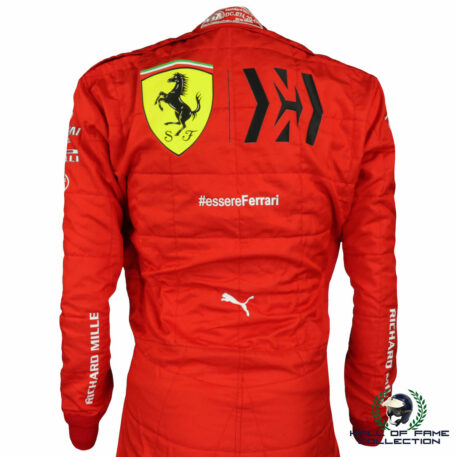 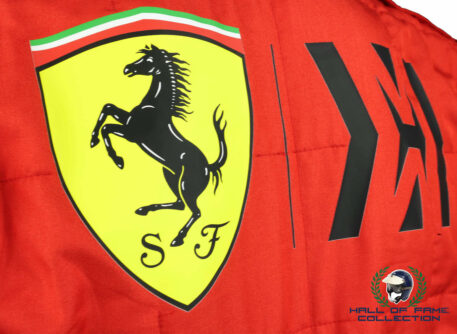 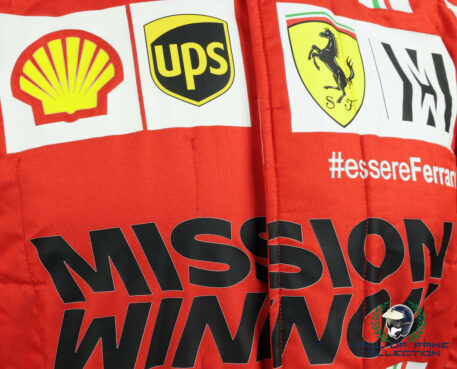 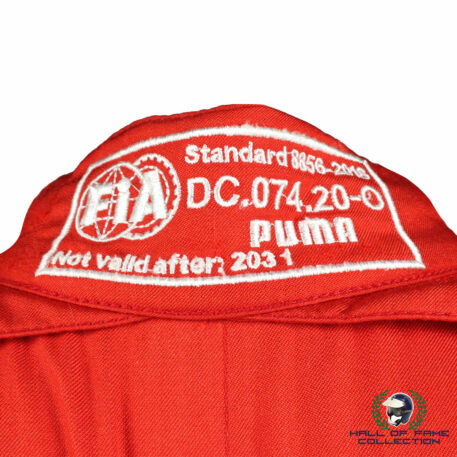 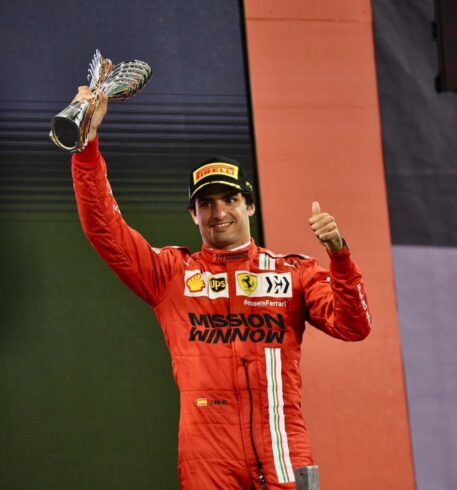 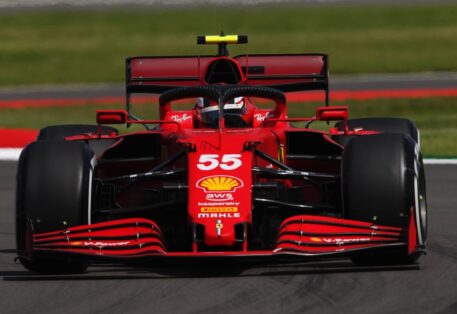 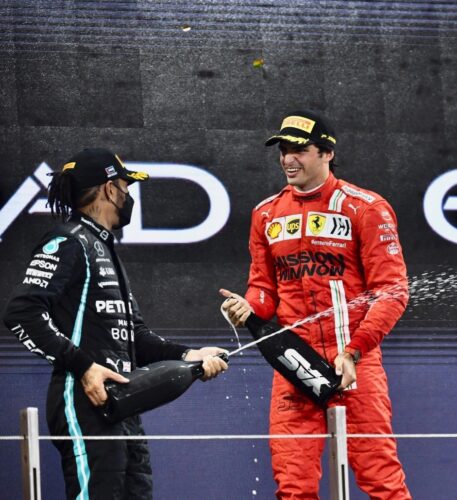 Race-used Puma suit worn by Carlos Sainz during the 2021 Formula 1 season while driving in his first season for Scuderia Ferrari.

In 2012, Sainz raced in the British and European Formula 3 Championships for Carlin. He raced for DAMS in the 2014 Formula Renault 3.5 season, winning the championship before moving to F1 with Toro Rosso. Sainz moved to McLaren for the 2019 season, while at the same time ending his contract with Red Bull Racing. At the 2019 Brazilian Grand Prix Sainz took his maiden Formula One podium with a third place finish. Sainz would move to Ferrari at the end of the 2020 season. During the 2021 season, Sainz scored 4 podiums finishing 5th in the overall Drivers’ Championship, ahead of teammate Charles Leclerc.

This Misson Winnow suit is less common that the non sponsored Ferrari suit from the 2021 season. Don’t miss this very rare opportunity to add this one to your collection today.