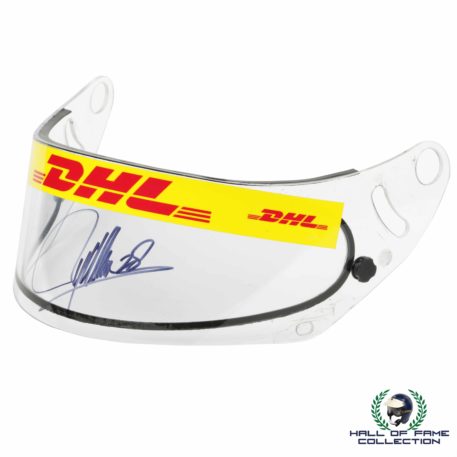 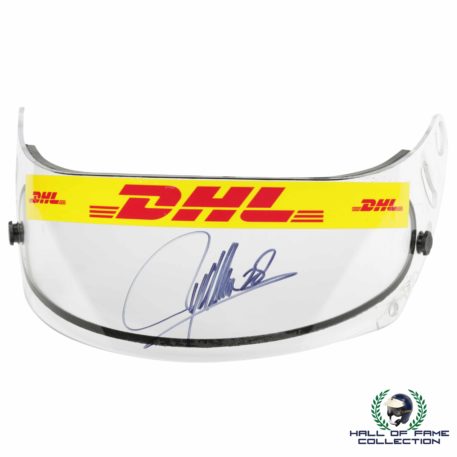 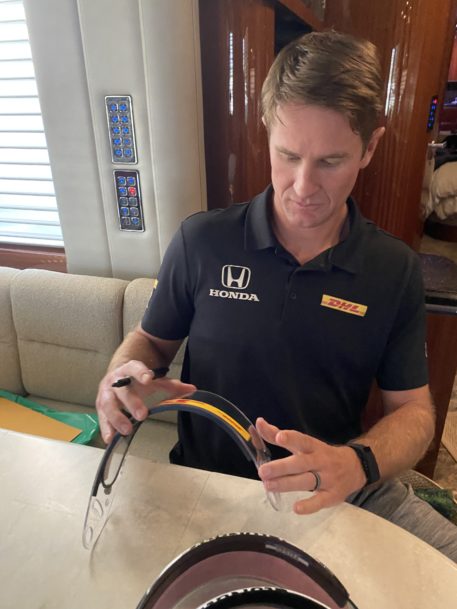 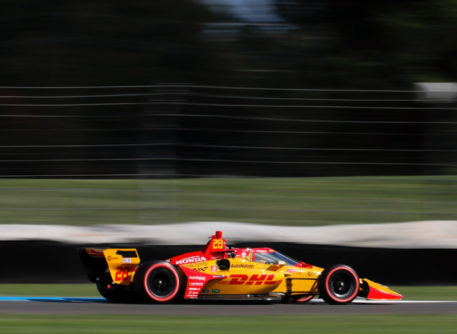 This Arai GP6 Double visor was used by Ryan Hunter-Reay at the Indianapolis Grand Prix in the 2020 IndyCar season. The American driver finished 13th that day on the Road Course. It was the first race in Indianapolis Motor Speedway history to be run without fans.

Hunter-Reay, who often gets referred to as “Captain America,” was the NTT INDYCAR SERIES’ winningest active U.S.-born driver — with 18 career series wins — until Josef Newgarden passed him during the 2021 season.

The visor is signed by Hunter-Reay in black marker and comes with a Certificate of Authenticity.