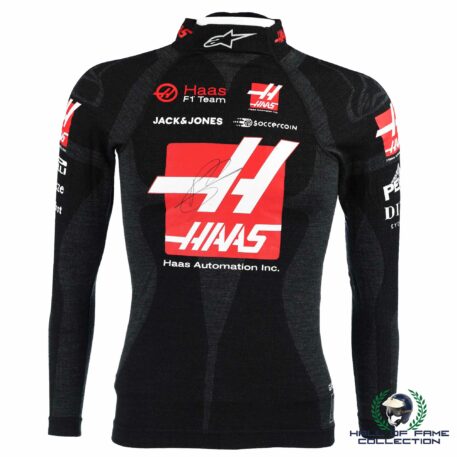 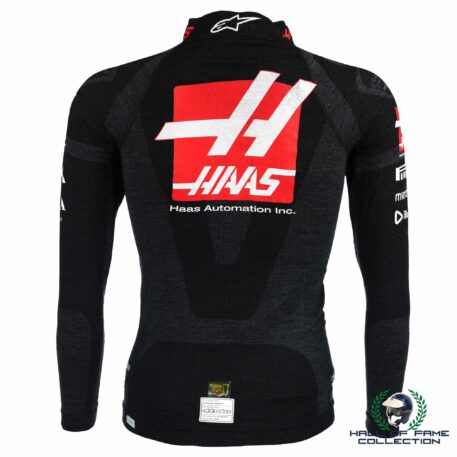 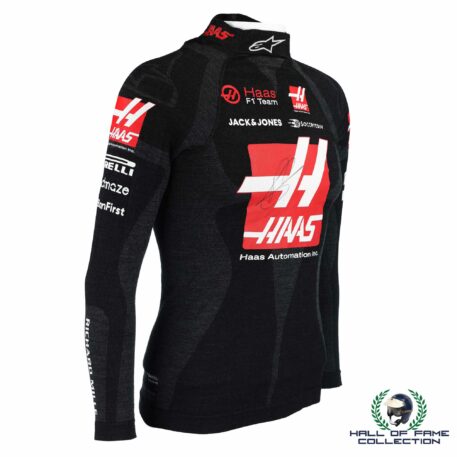 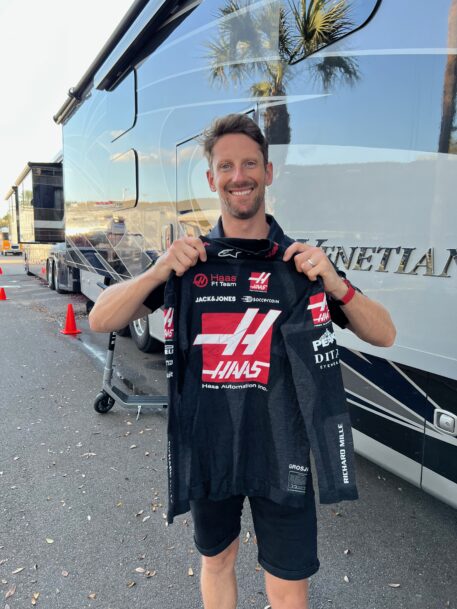 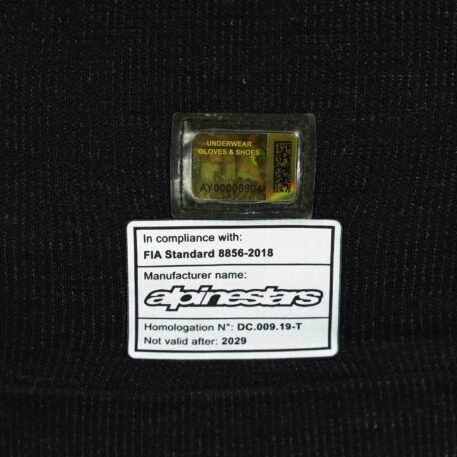 Race-used Nomex worn by Romain Grosjean during the 2020 Formula One season while driving for the Haas F1 team.

Grosjean is currently competing in the NTT IndyCar Series for Andretti Autosport in the 2022 IndyCar season. Grosjean had previously spent nine full-time seasons in Formula One for a variety of teams, picking up 10 podiums, all with Lotus.

Grosjean raced with Haas from 2016 to 2020. In what would be his final Formula One race, Grosjean survived a dramatic crash during the 2020 Bahrain Grand Prix when his car separated in two and caught fire after penetrating a metal guardrail on the first lap. Grosjean sustained minor burns and credited the halo with saving his life.

The Nomex is signed by Grosjean and comes with a Certificate Of Authenticity.