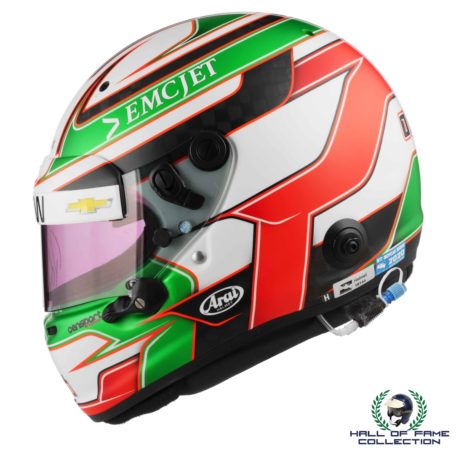 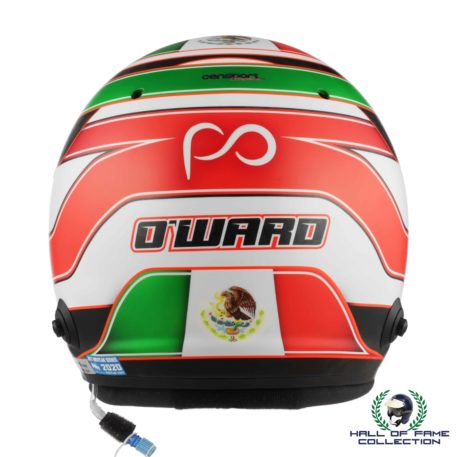 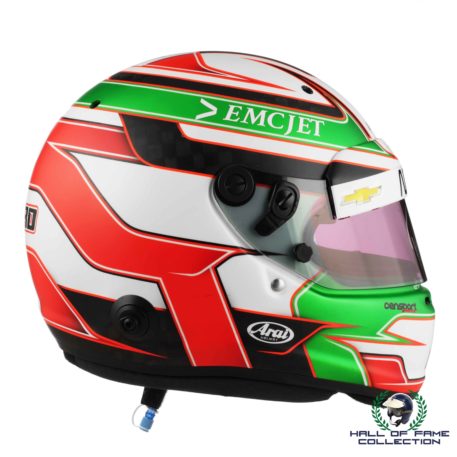 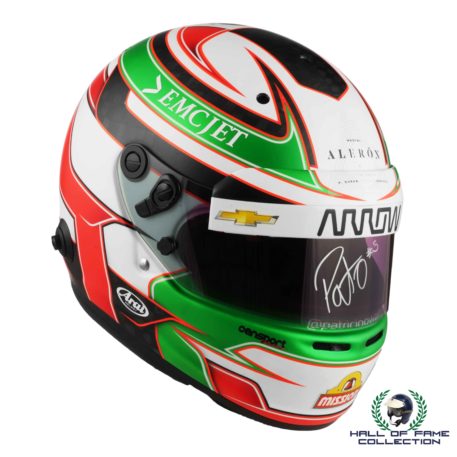 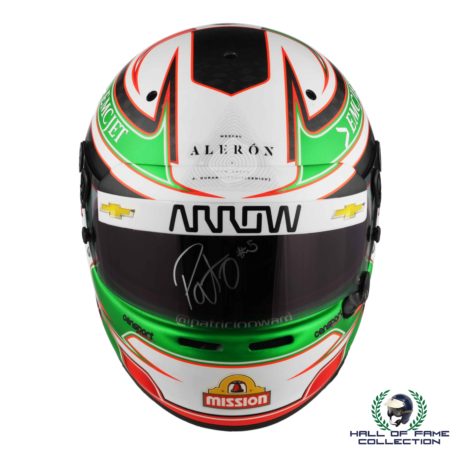 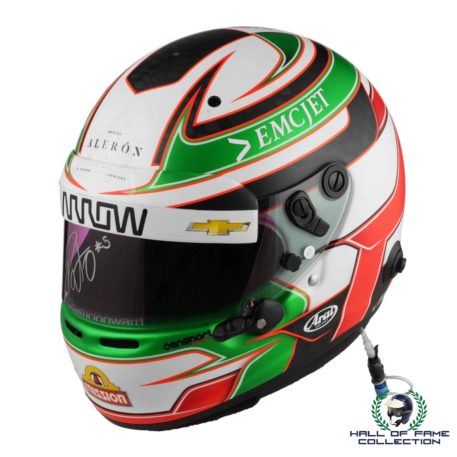 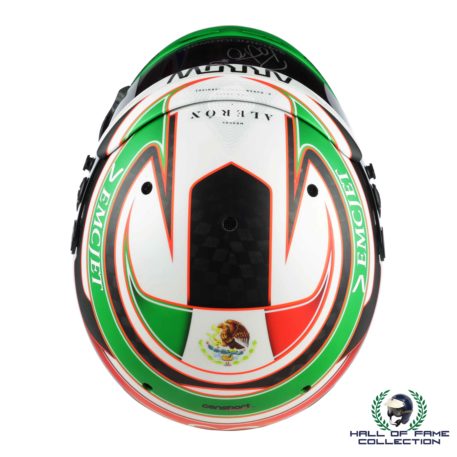 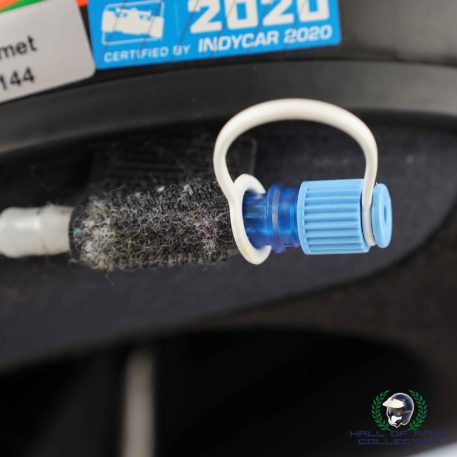 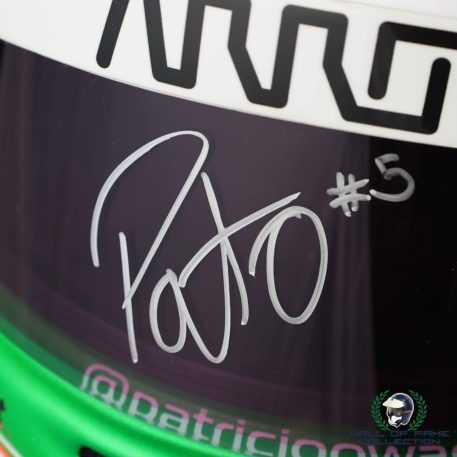 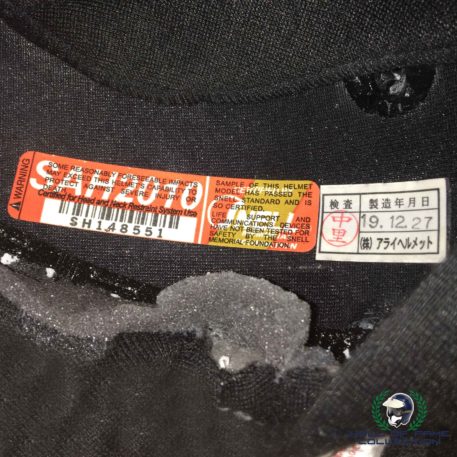 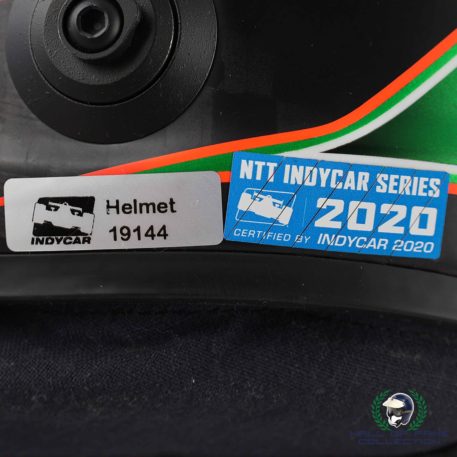 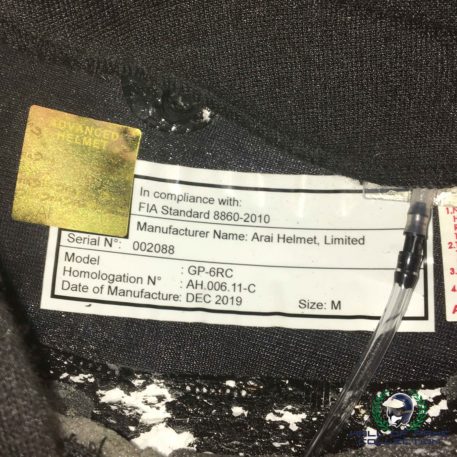 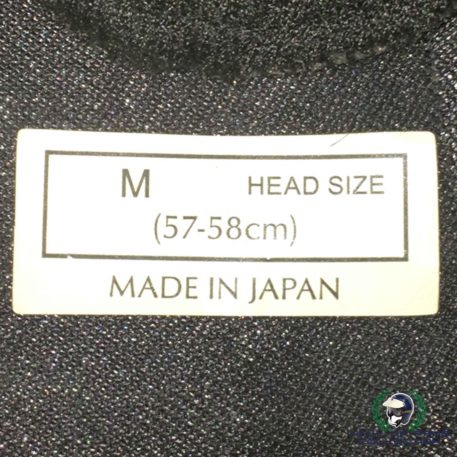 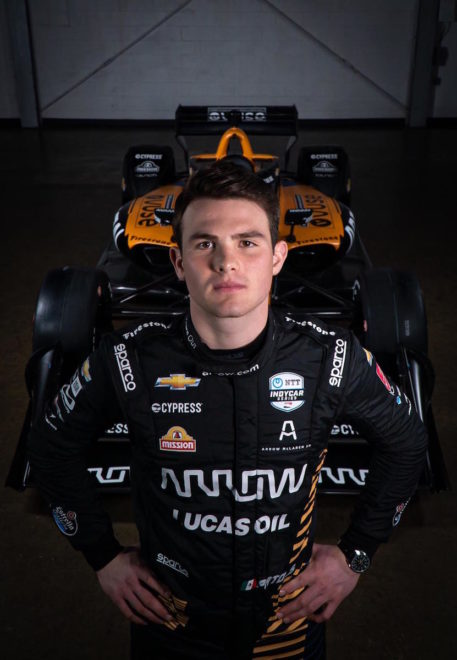 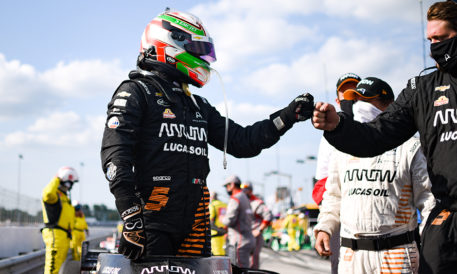 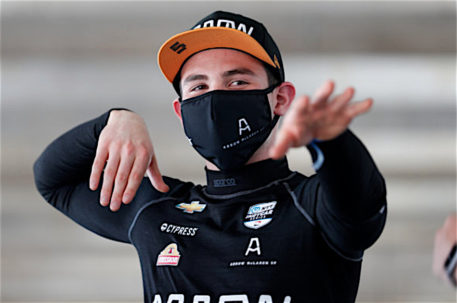 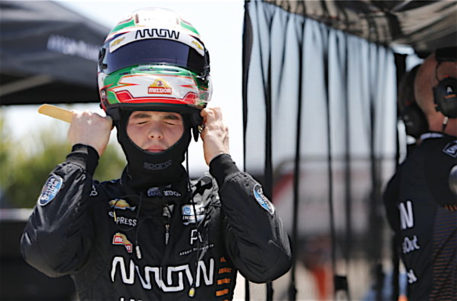 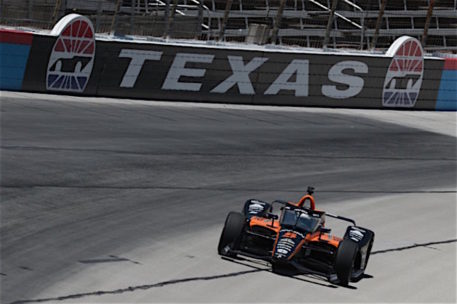 This stunning Arai helmet comes straight from one of IndyCars brightest new stars. Pato O’Ward has just won his first IndyCar race with Arrow McLaren SP (McLaren’s first open wheel racing victory since their Brazilian GP win in F1 back in 2012) at the Texas Motor Speedway in May 2021.

O’Ward shot onto the scene in spectacular fashion winning both the 24 Hours of Daytona and 12 Hours of Sebring in the PC class (the youngest driver ever to do so at only 17 years old!) on his way to winning the 2017 WeatherTech Sportscar Championship, as well as the North American Endurance Cup that year. The following year in 2018 he won the Indy Lights Championship, then graduated to IndyCar in 2019. The 2020 IndyCar season saw him end up 4th in the standings, as well as achieving Indy 500 Rookie of the Year honours when he finished 6th in his first Indy 500 start. These results meant O’Ward was re signed for the Arrow McLaren SP Team for 2021. He is a very a exciting driver to watch, and the now 21 year old’s future is even brighter with a promised test drive in a McLaren F1 car at the end of the season.

This helmet was used in his 2020 season at several events including Texas and is beautifully signed on the visor in silver marker by O’Ward and comes with a Certificate Of Authenticity.