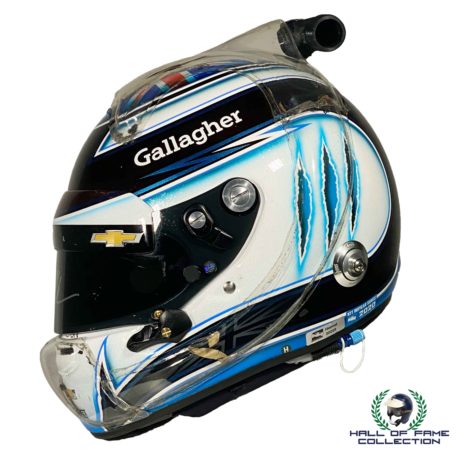 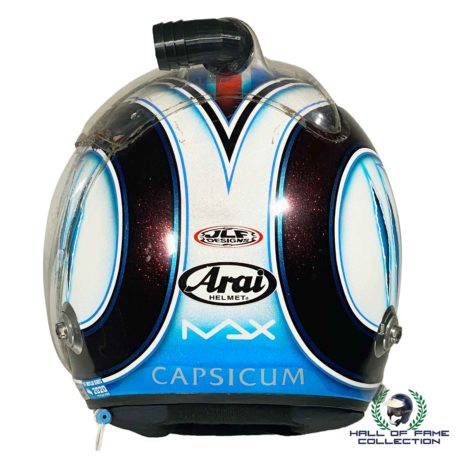 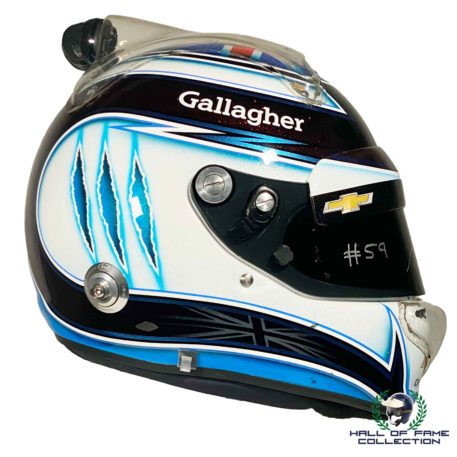 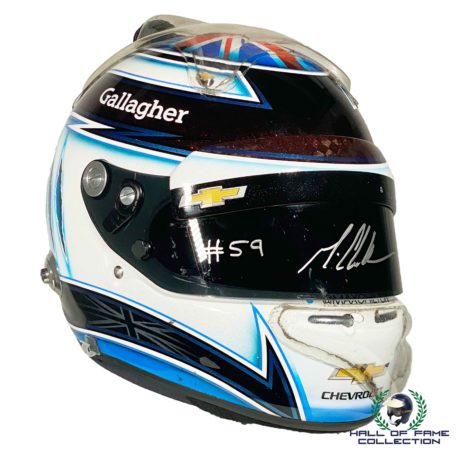 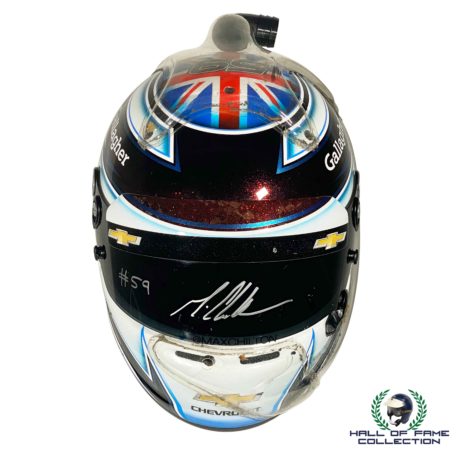 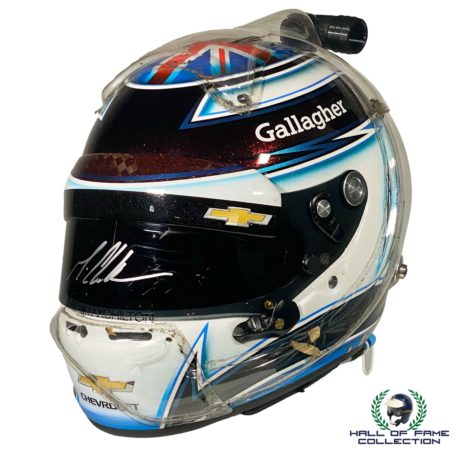 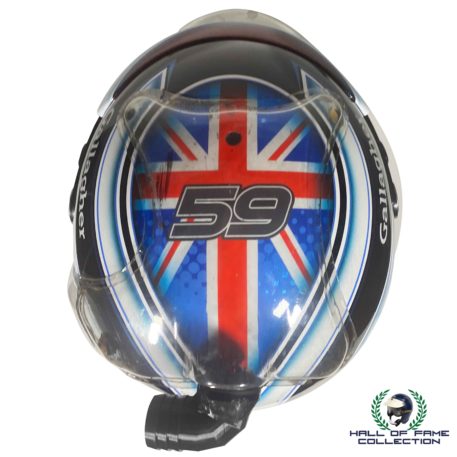 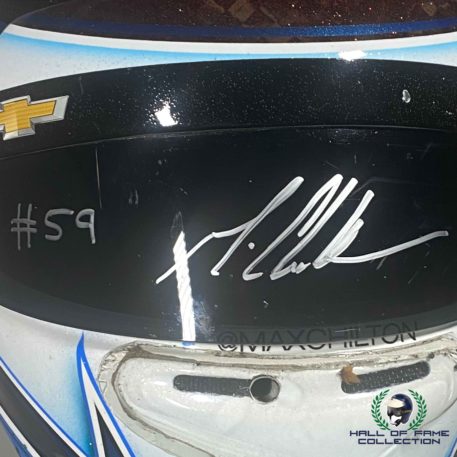 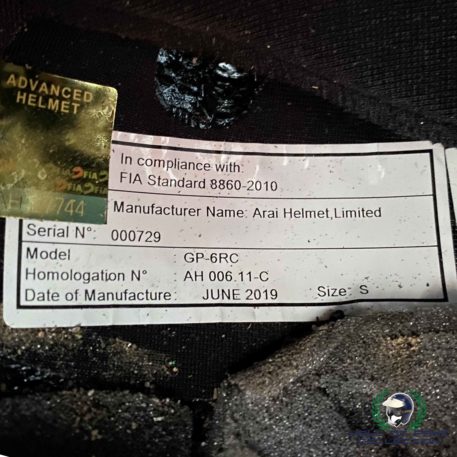 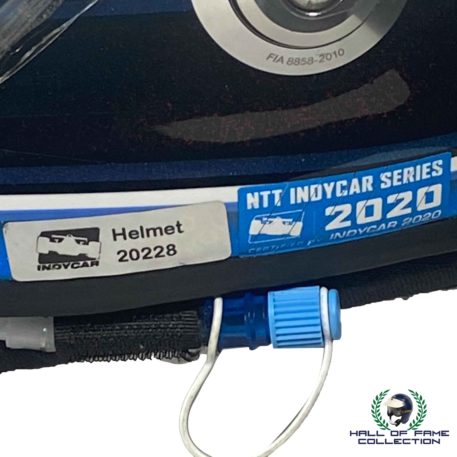 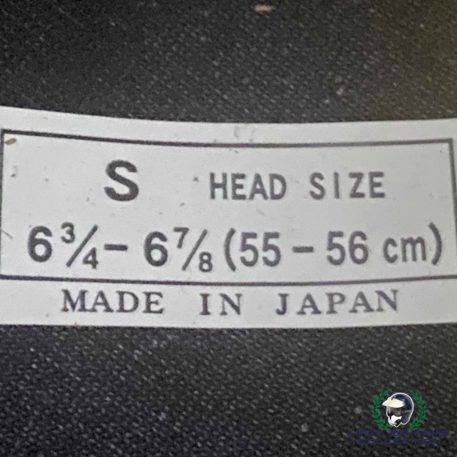 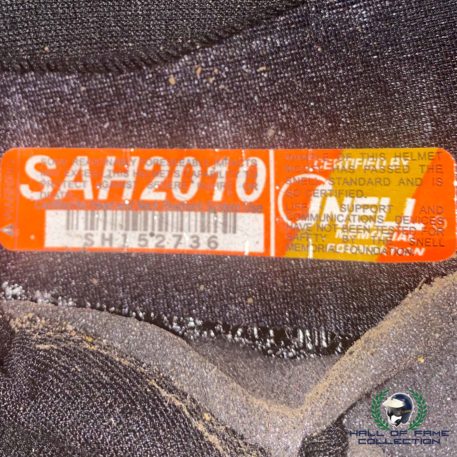 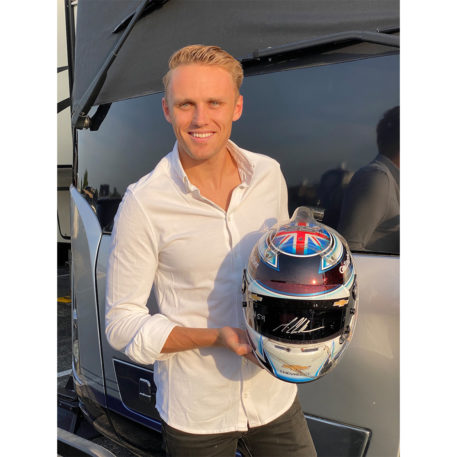 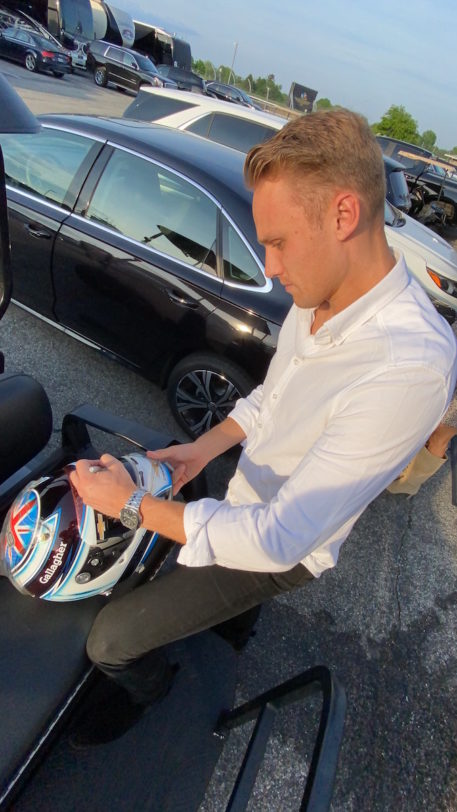 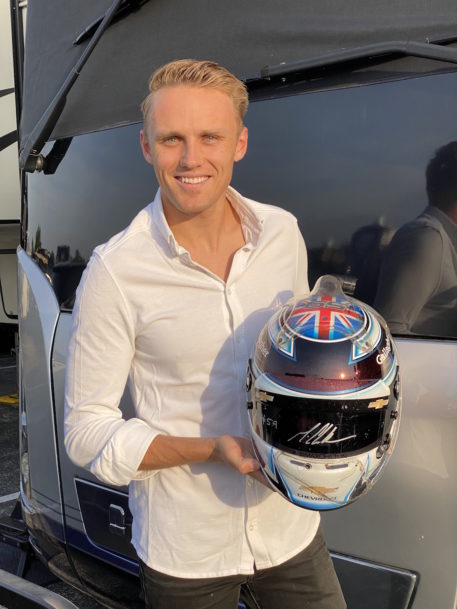 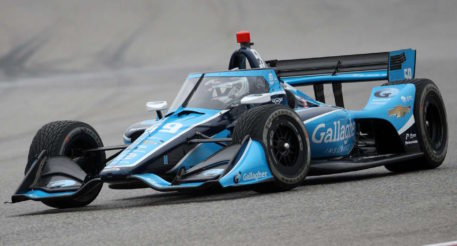 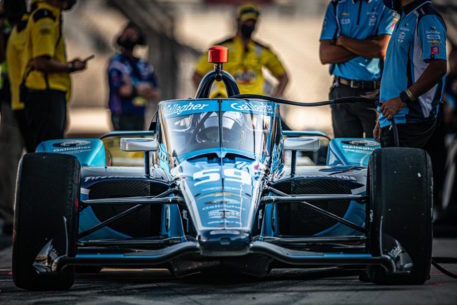 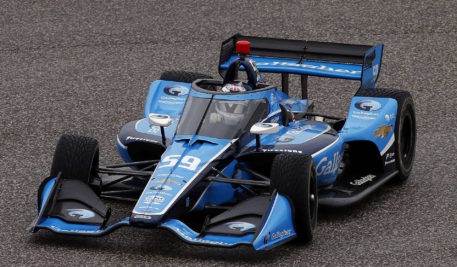 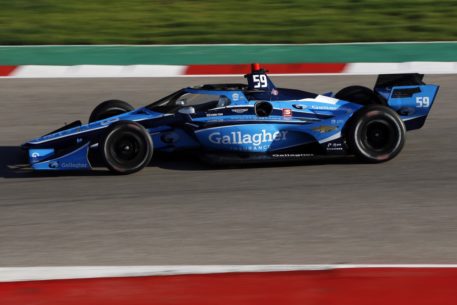 Arai helmet worn by IndyCar driver Max Chilton in most of the races during the 2020 IndyCar season!

Max Chilton drove for the Carlin Motorsport in the 2020 season and is racing with the team again for the 2021 season. Chilton competed for two years in F1 (2013-14) with Marussia before moving on to Indy Lights in 2015. He scored a victory at the Iowa Speedway that year, as well as notching 9 other top-5 finishes and ending up 5th in that year’s Drivers’ Championship .The following season Chilton would sign with Chip Ganassi Racing to race in the IndyCar Series for the 2016 season. He raced for Ganassi again in 2017, before signing with Carlin Motorsport the following year.

This great looking helmet is signed by Max Chilton in silver marker on the visor and comes directly from his private collection.