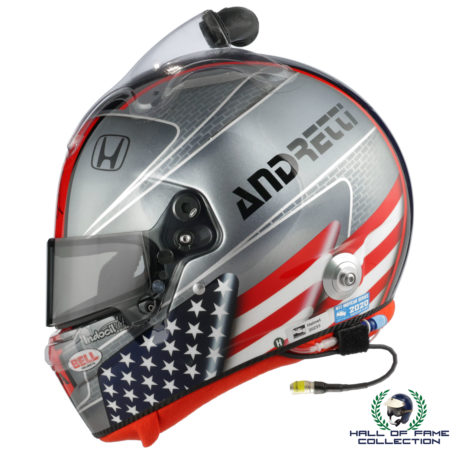 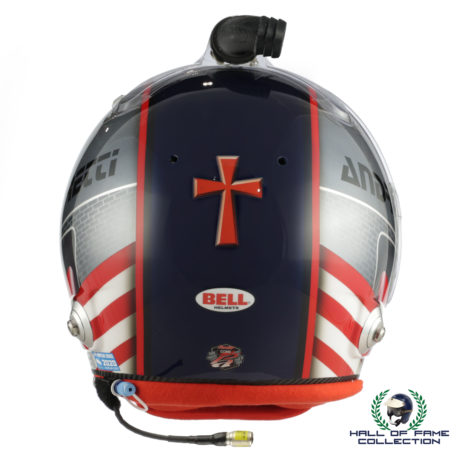 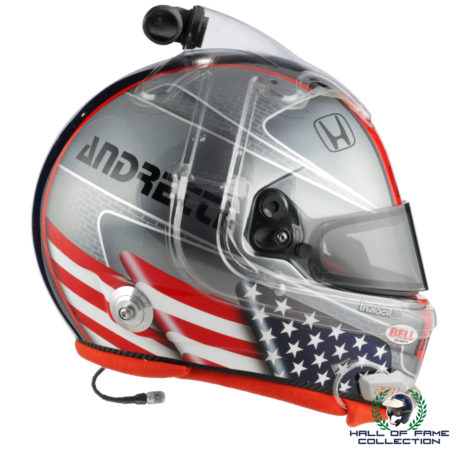 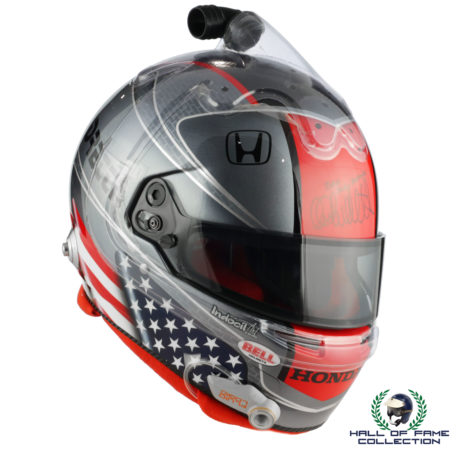 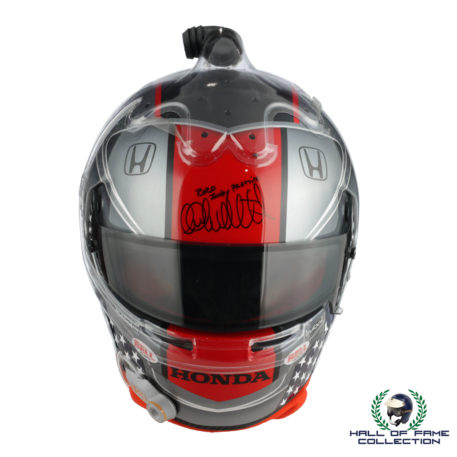 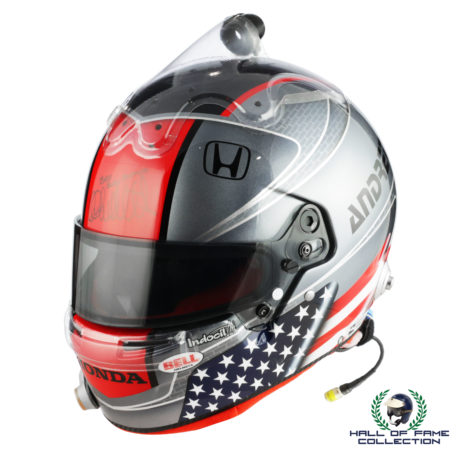 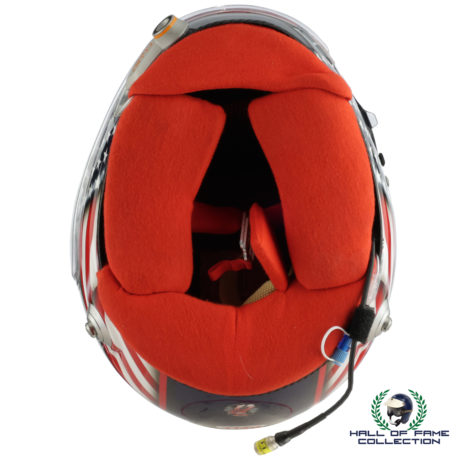 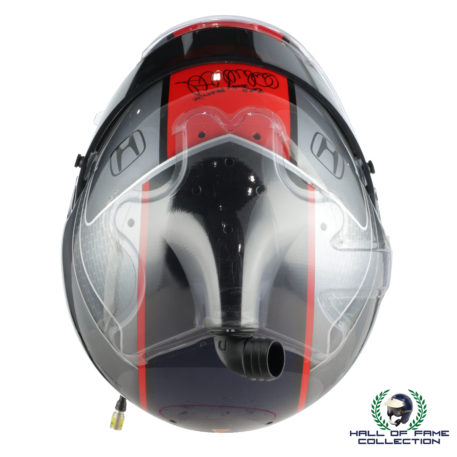 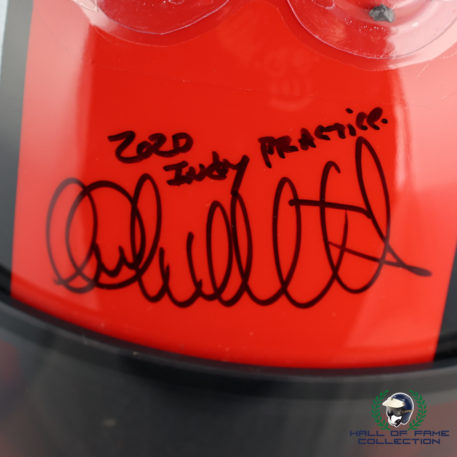 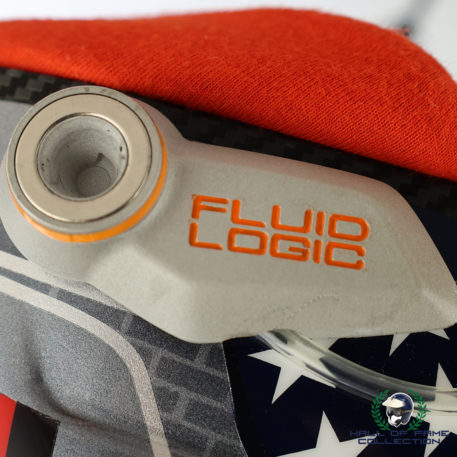 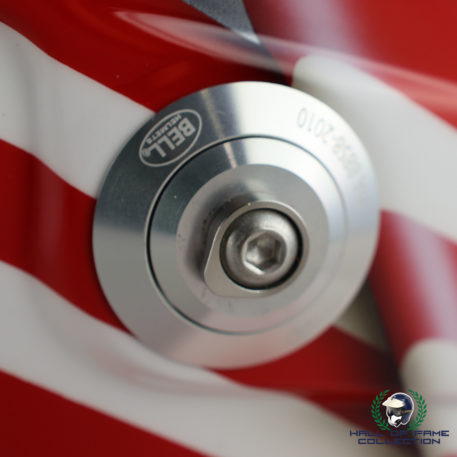 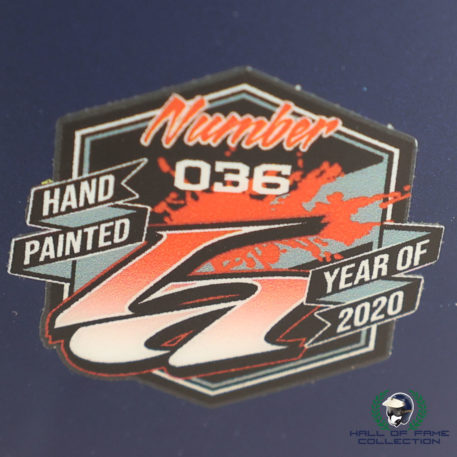 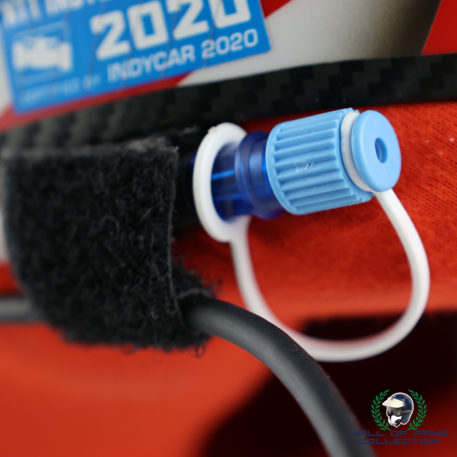 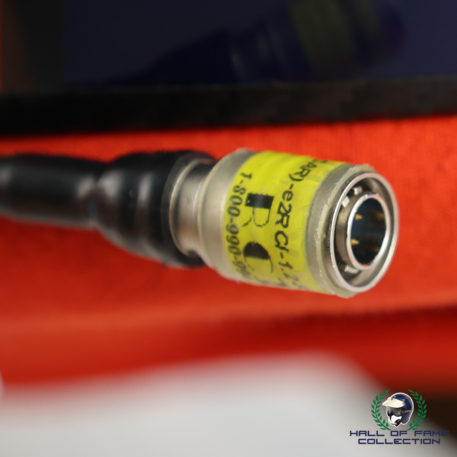 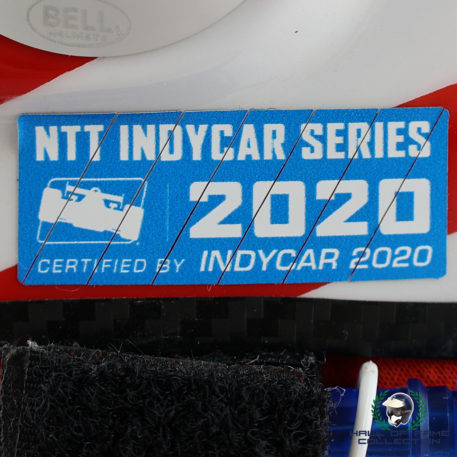 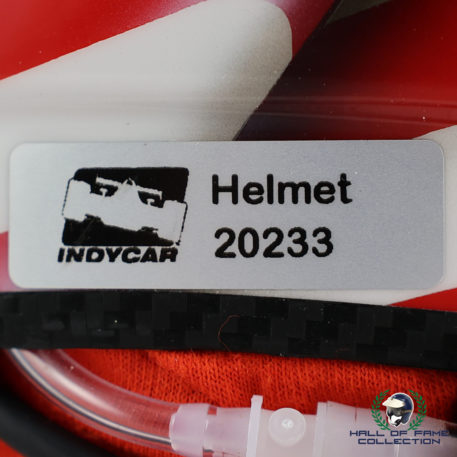 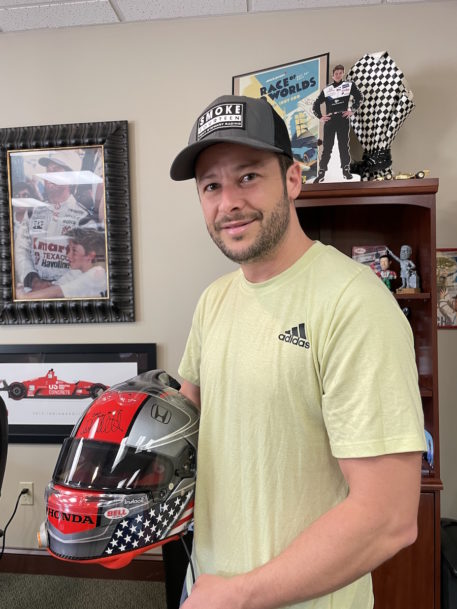 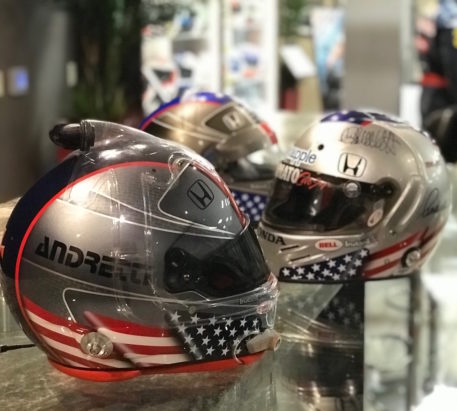 original used Bell HP-77 helmet worn by Marco Andretti in the 2020 Indy 500 during practice while driving for Andretti Autosport.

Marco Andretti drives the No. 98 car for Andretti Herta Autosport in the IndyCar Series and also competes in the newly formed SRX series as well as the IMSA Sportscar Series. He is the third generation of the famous Andretti racing family to do so. Following disappointing 2018 and 2019 seasons in which he failed to secure any podium finishes, Andretti qualified for the pole position at the 2020 Indianapolis 500, posting an average speed of 231.068mph. This was the first time an Andretti had sat on pole for the Indy 500 since his grandfather Mario had done so in 1987. Marco has raced in the Indy 500 a total of 15 times, scoring a 2nd place in 2006 (his rookie season) and 3rd place in 2008, 2010 and 2014, respectively.

This Bell HP-77 helmet is hand-painted by Indocil Art in the iconic Andretti style with a few twists. The helmet has the now familiar red chevron in front, over the grey base and has the ‘Stars & Stripes’ on the lower cheek portions on either side.  The chevron continues in the back in a blue, edged in red, with an orange cross and Bell Helmets logo within this blue portion. Andretti is emblazoned on both sides of the helmet and this time, in a special homage to his cousin John Andretti, the same font John used for the Andretti name is used on this helmet. With the addition of  windscreens on Indy cars every helmet now incorporates an air tube connector which can be seen on the top of this helmet and the ducting adapter is still attached. The helmet still has the hats off device and radio/fluid logic hydration system attached. The Fluid Logic Hydration system is a state of the art radio/drinks combined system that is fully-programmable through an IOS smart device with volume of fluid, interval and strength adjustments available. Hydration is delivered through the Aquacom microphone cover.

The helmet is hand-signed by Marco just above the visor and comes with a Certificate Of Authenticity.