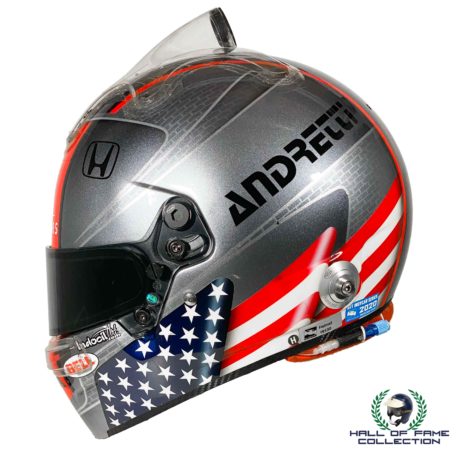 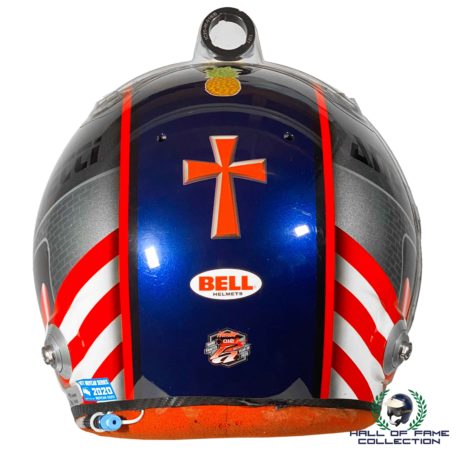 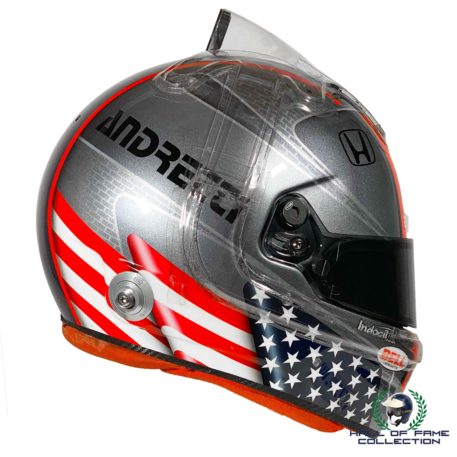 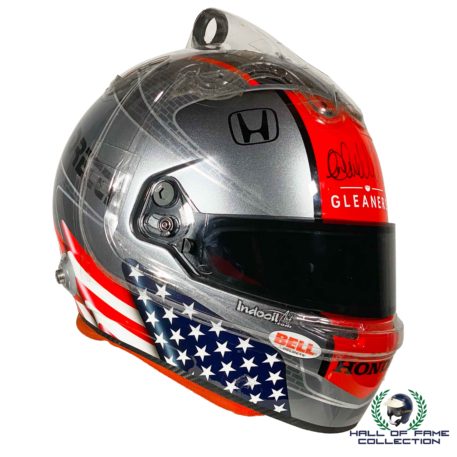 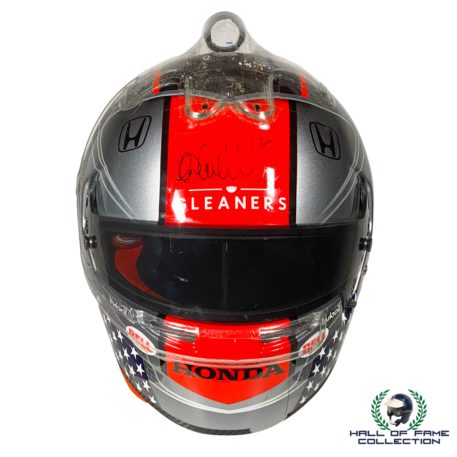 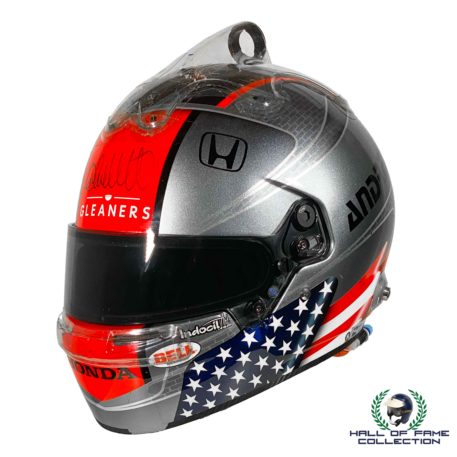 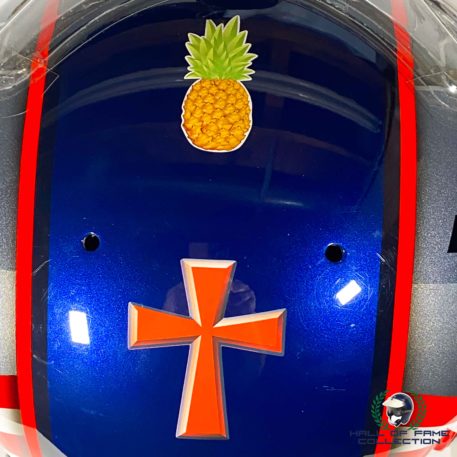 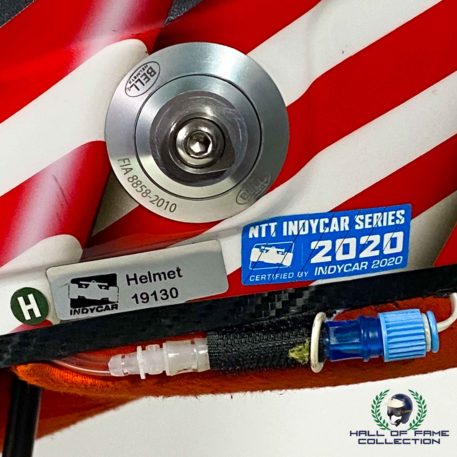 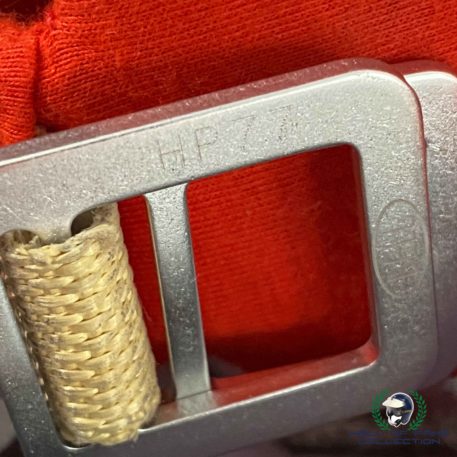 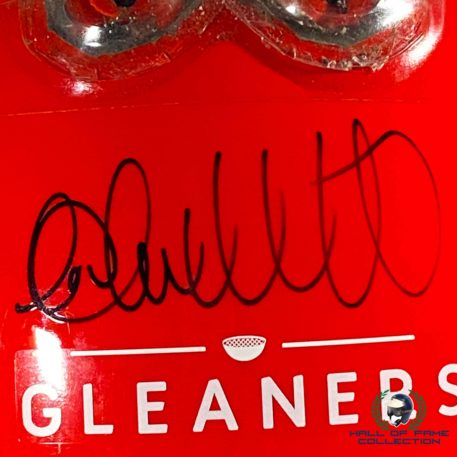 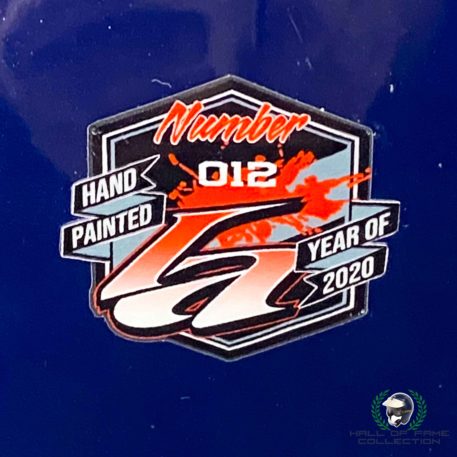 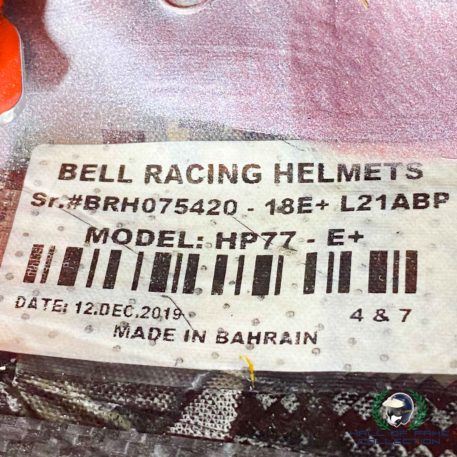 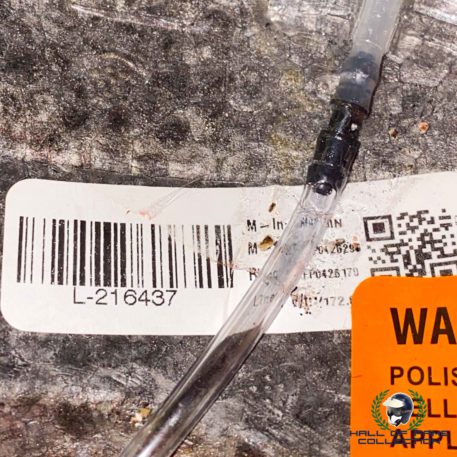 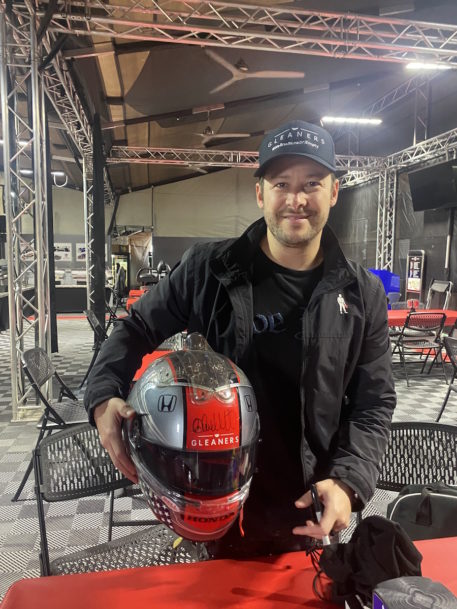 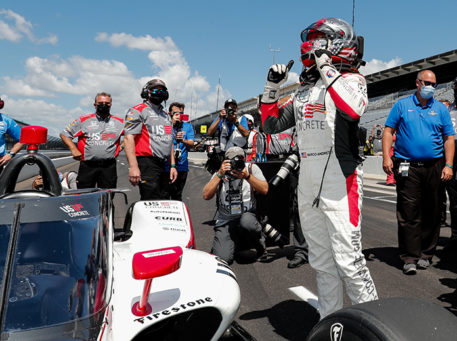 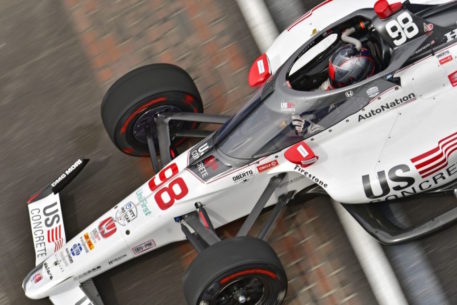 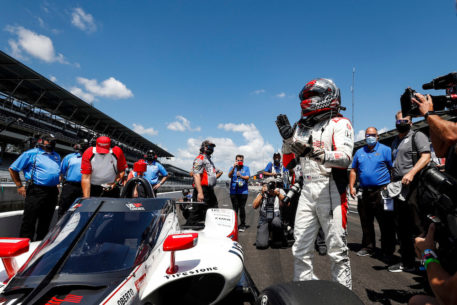 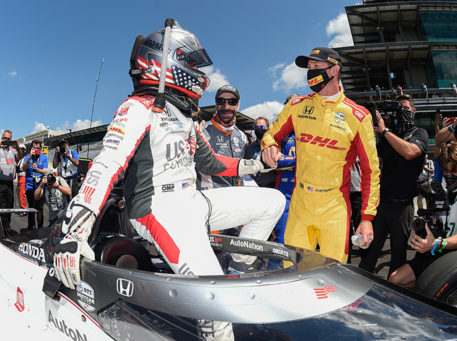 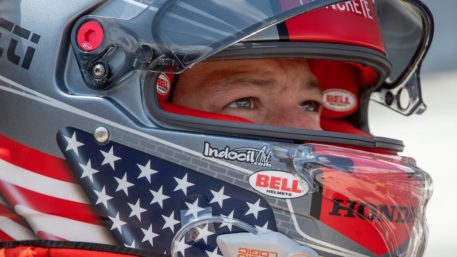 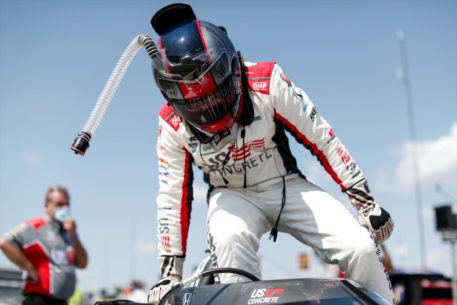 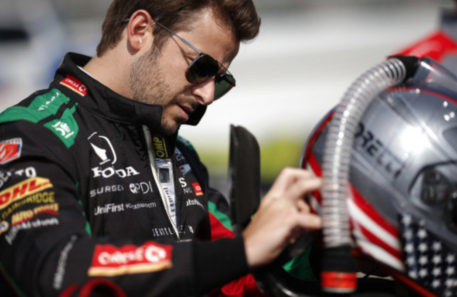 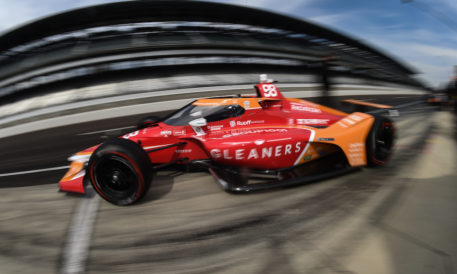 Race-used Bell HP-77 worn by Marco Andretti during the 2020 IndyCar season while driving for Andretti Autosport.

Marco Andretti is an American auto racing driver who drives the No. 98 car for Andretti Herta Autosport in the IndyCar Series. He is the third generation of the famous Andretti racing family to do so. Following disappointing 2018 and 2019 seasons in which he failed to secure any podium finishes, Andretti qualified for the pole position at the 2020 Indianapolis 500, posting an average speed of 231.068MPH, the first time an Andretti had sat on pole for the Indy 500 since his grandfather Mario had in 1987. Marco has raced in the Indy 500 a total of 15 times, scoring a 2nd place in 2006 (his rookie season) and three 3rd places in 2008, 2010 and 2014.

This Bell HP-77 helmet is hand-painted by Indocil Art in the iconic Andretti style with a few twists. The helmet has the now familiar red chevron in front, over the grey base and has the ‘Stars & Stripes’ on the lower cheek portions on either side. The chevron continues in the back in blue, edged in red, with a pineapple, cross, Bell Helmets and Indocil logos within this blue portion. With the addition of  windscreens on Indy cars every helmet now incorporates a air tube connector which can be seen on the top of this helmet. Marco used the helmet during pre-season testing in 2021, subbing in for James Hinchcliffe, who couldn’t make in down from Canada. Hence the sponsor logo above the visor is Gleaners as opposed the usual US Concrete logo that Andretti wore on his helmets.

The helmet is hand-signed by Marco just above the visor and comes with a Certificate Of Authenticity.