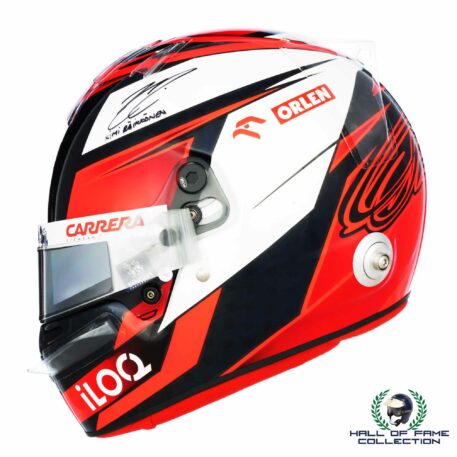 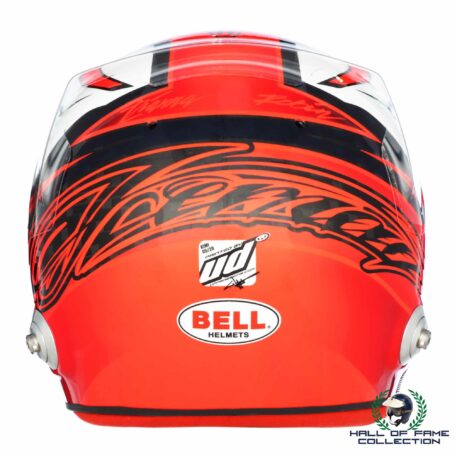 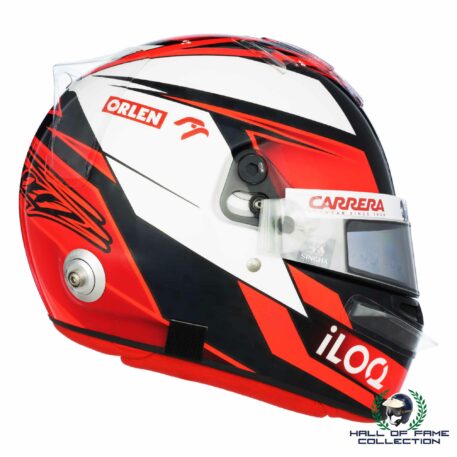 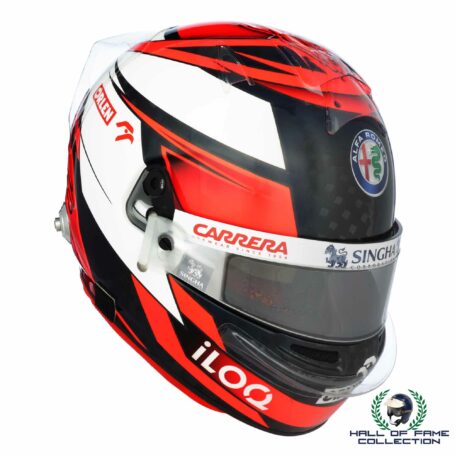 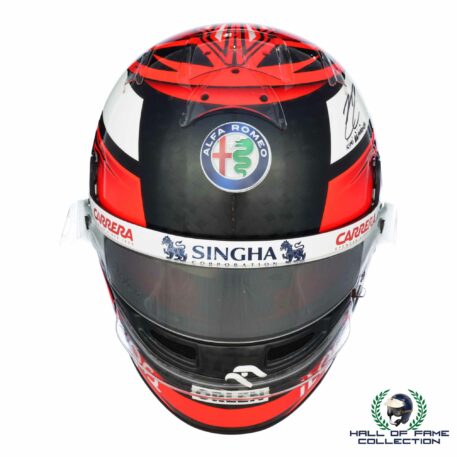 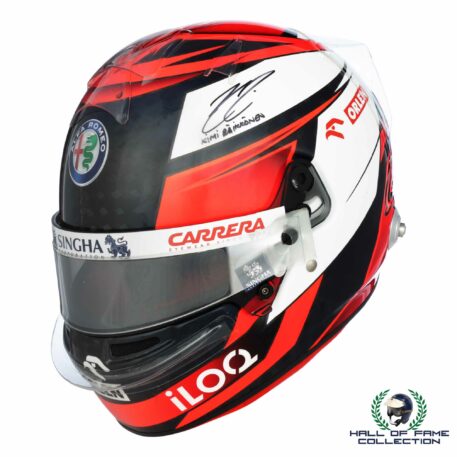 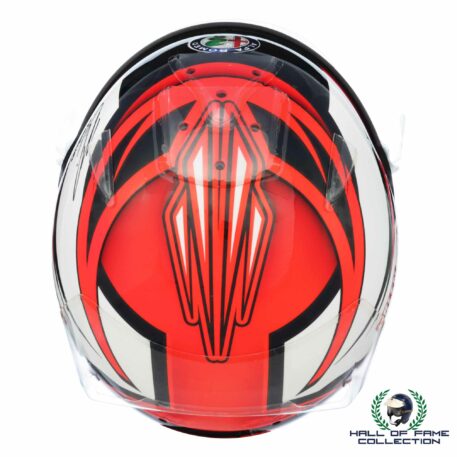 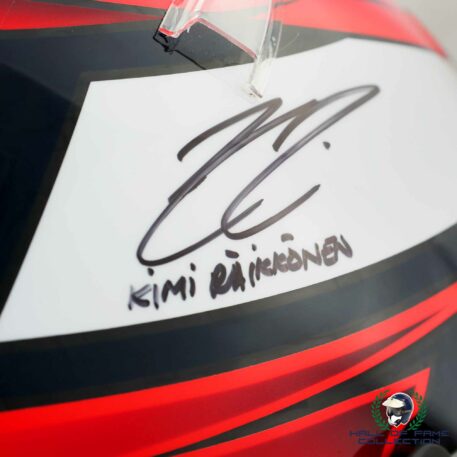 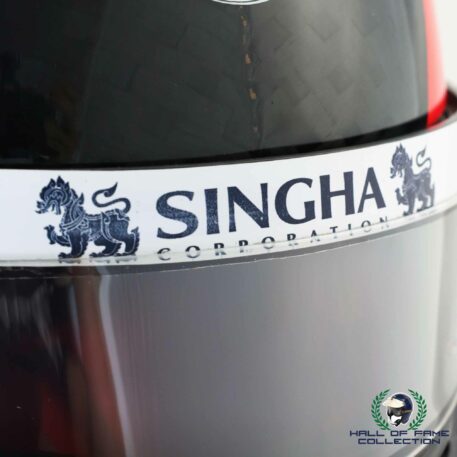 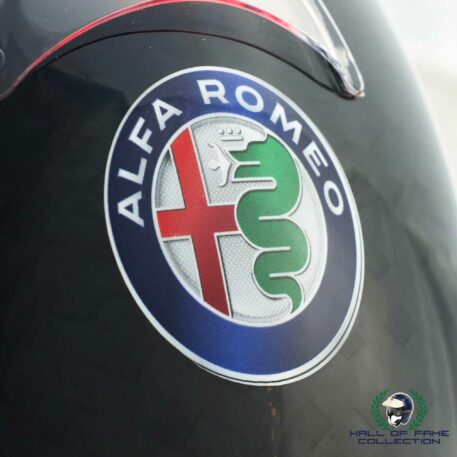 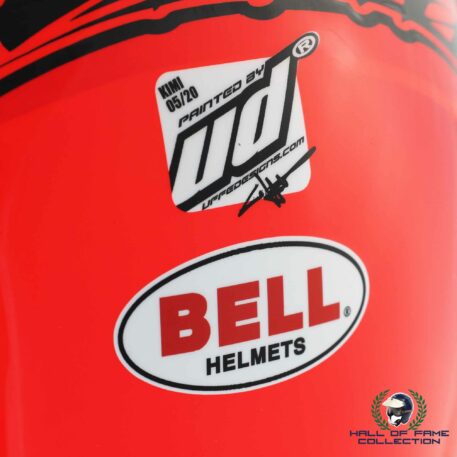 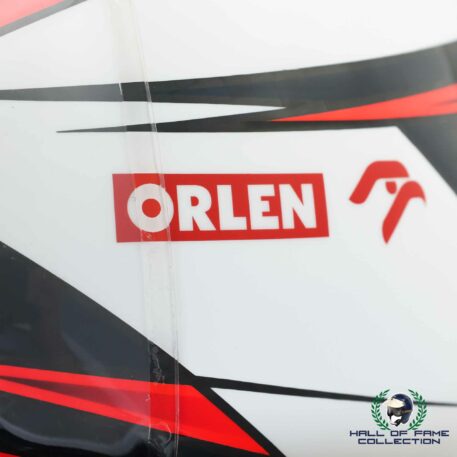 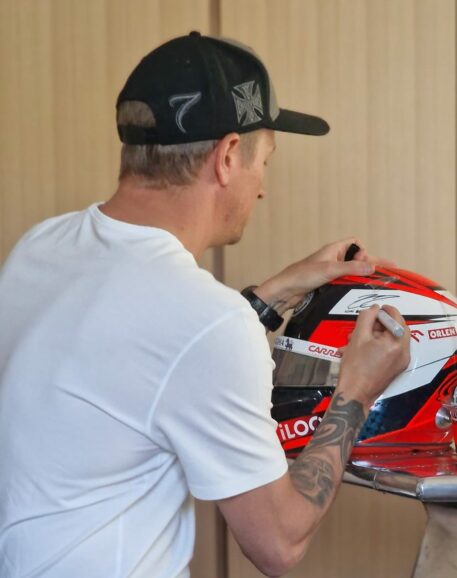 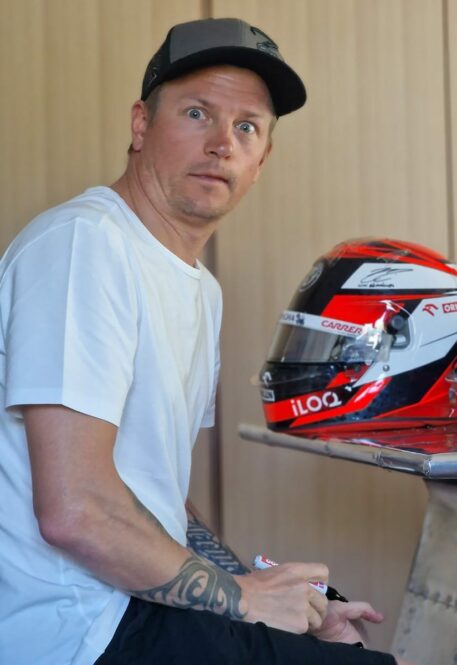 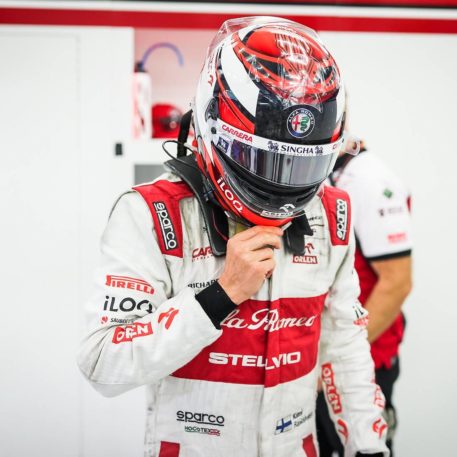 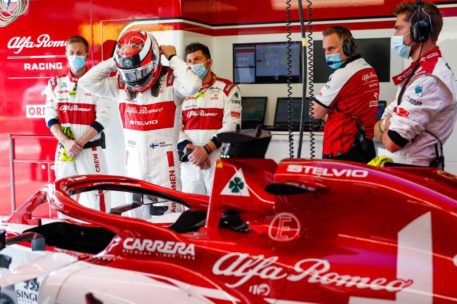 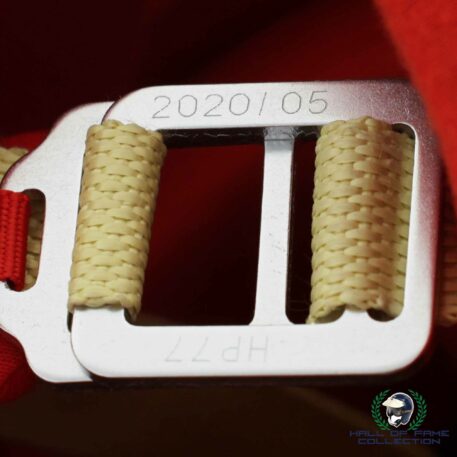 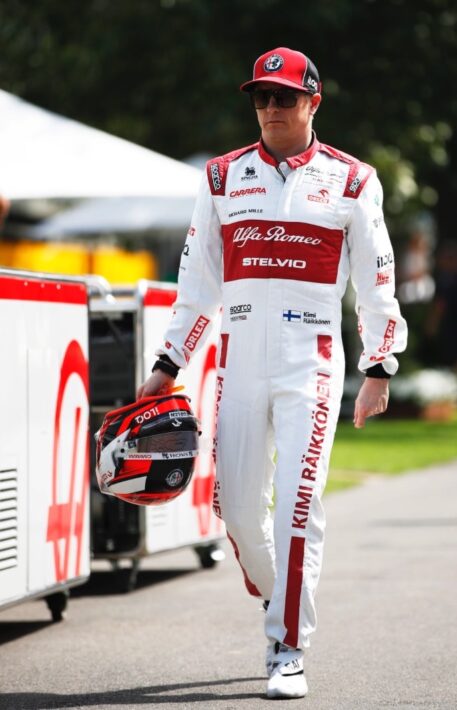 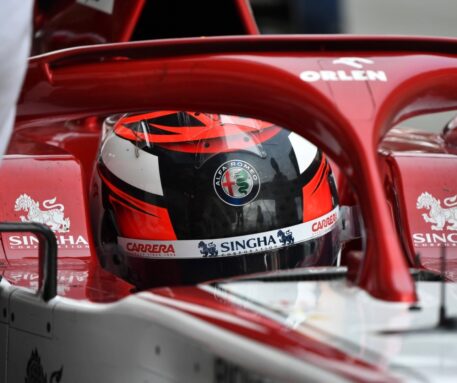 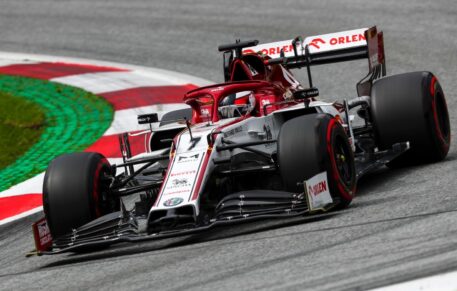 Bell HP77 helmet worn by Kimi Raikkonen during the 2020 F1 season while driving for Alfa Romeo.

This stunning helmet is a sight to behold, with its colorful graphics and the beautiful carbon fiber weave visible on the front and back. An iridescent blue, semi-clear band wraps all the way around the helmet starting at the Alfa logo on the front, allowing the carbon fiber weave to show through the blue tint under direct light. The bright red & white design of the helmet is broken up with carbon fiber sections, with the ‘Iceman’ logo on the back, as well as the names of his two children. The top of the helmet is finished off with a design that Kimi has used, in a number of variations, on nearly all of his helmets since the start of his career.

Raikkonen was the Formula One World Champion while driving for Scuderia Ferrari in 2007. In addition, he also finished second overall in 2003 and 2005, and third in 2008, 2012 and 2018. With 103 podium finishes, he is one of only five drivers to have scored over 100 podiums. Raikkonen has won 21 Grands Prix in total, making him the most successful Finnish driver in terms of Formula One race wins, and is the only driver to win in the V10, V8 and the V6 turbo-hybrid engine eras. He also holds the record for having raced in the most Grands Prix of any F1 driver to date.

Kimi retired from F1 racing at the end of the 2021 season, so don’t hesitate to add this race-worn helmet from one of modern-day F1’s most iconic drivers to your collection today.

The helmet comes directly from Raikkonen’s personal collection and Kimi has signed the side of the helmet in black marker pen.

The helmet comes with its own original Bell Helmets bag and a Certificate Of Authenticity.