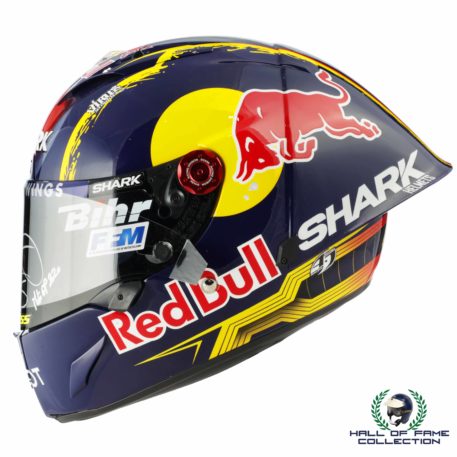 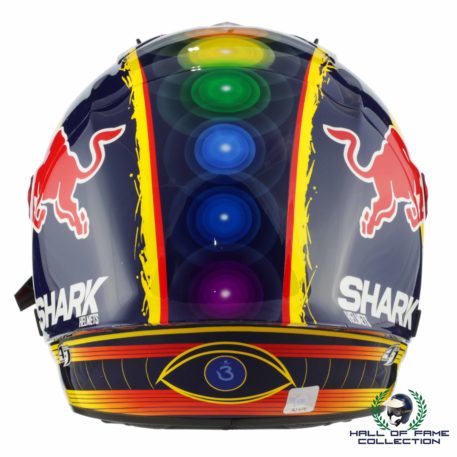 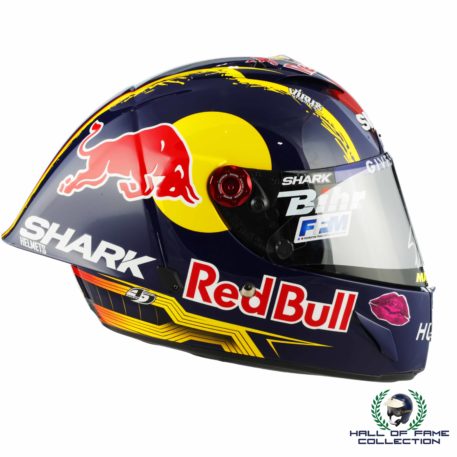 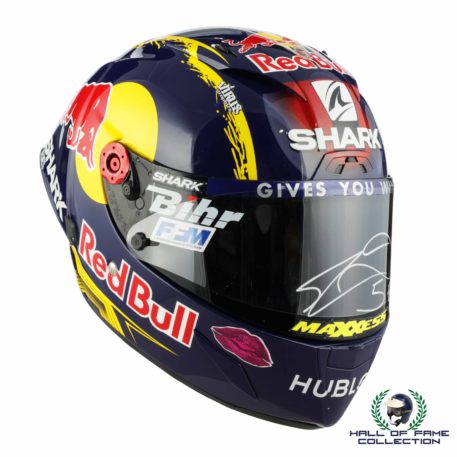 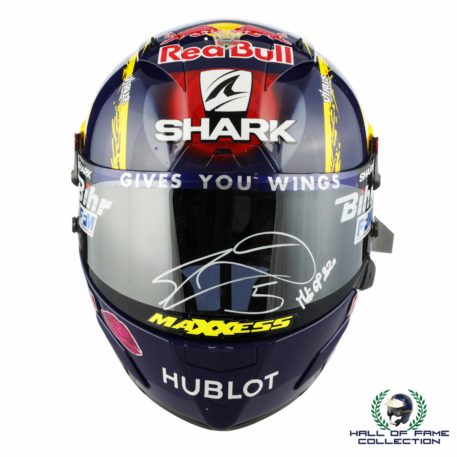 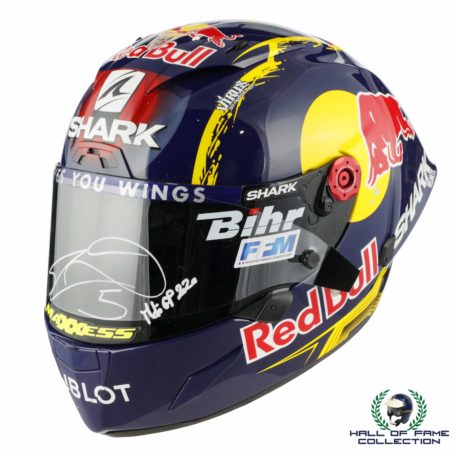 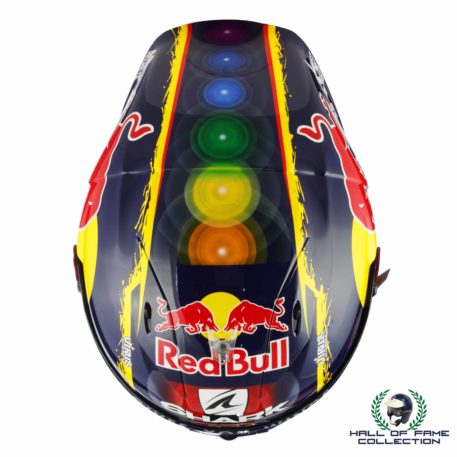 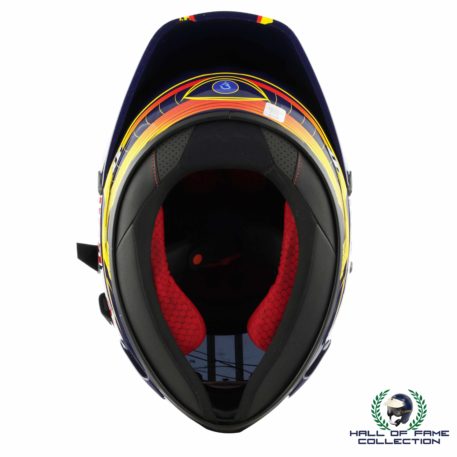 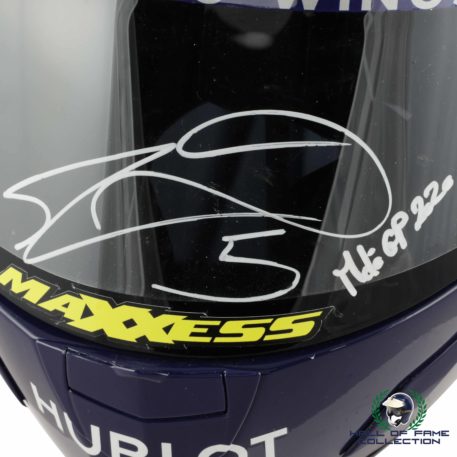 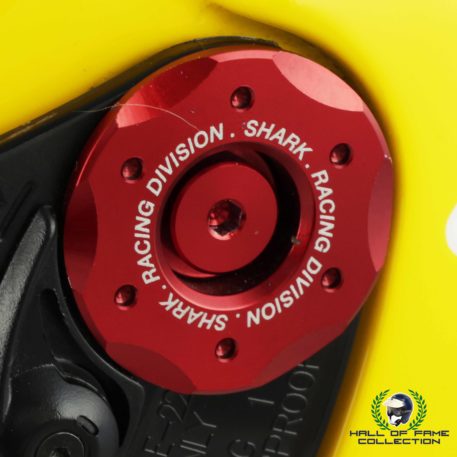 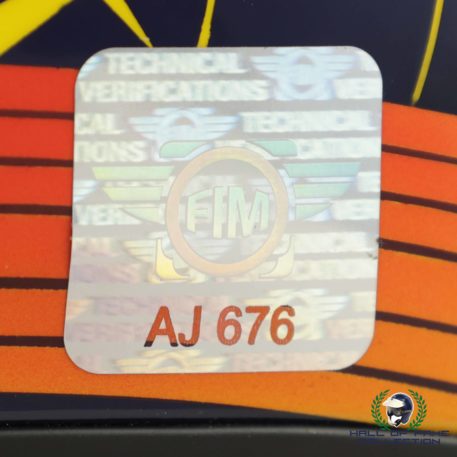 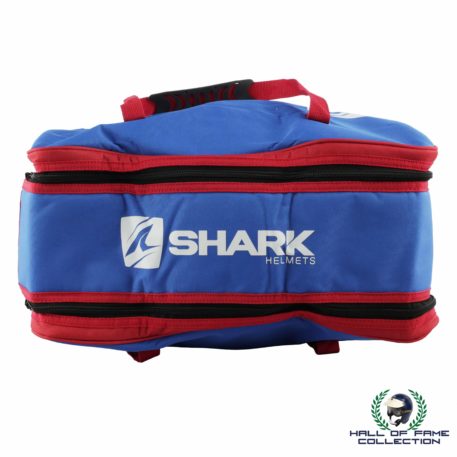 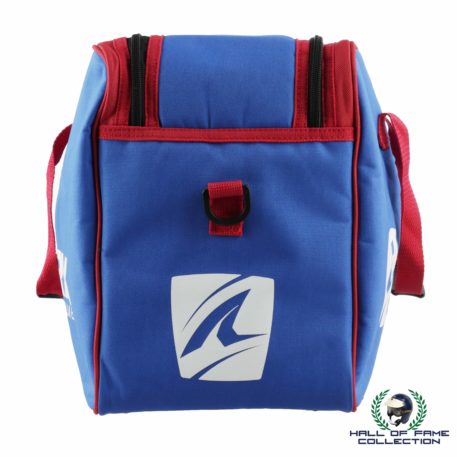 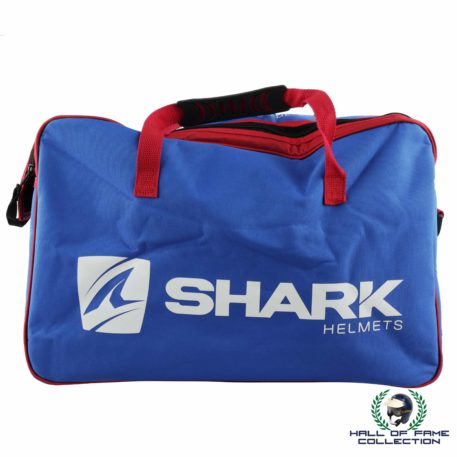 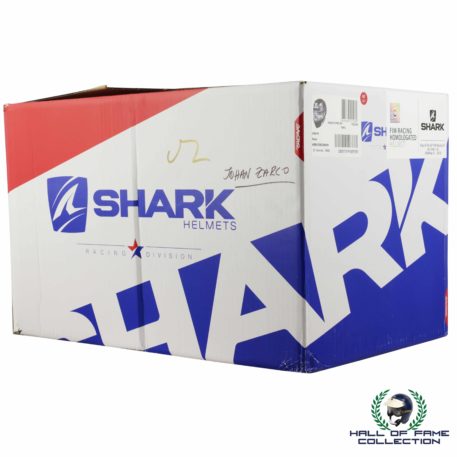 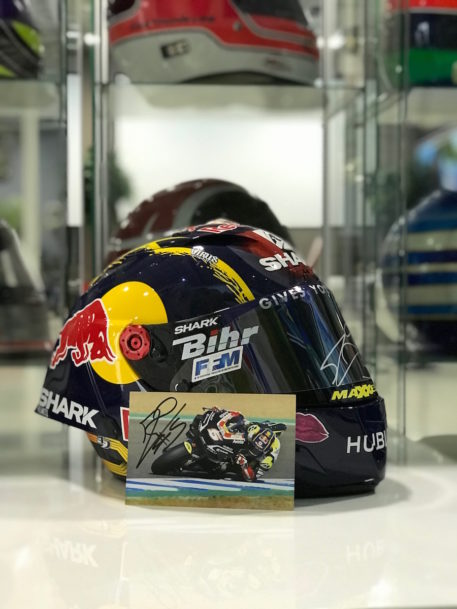 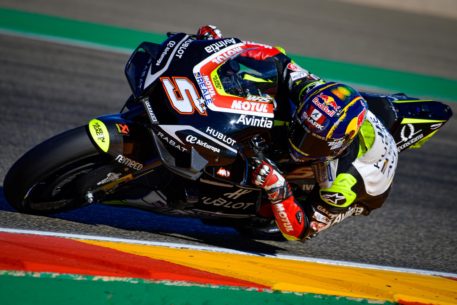 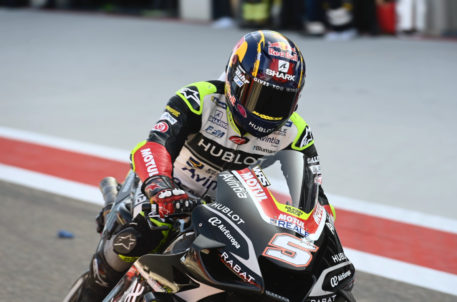 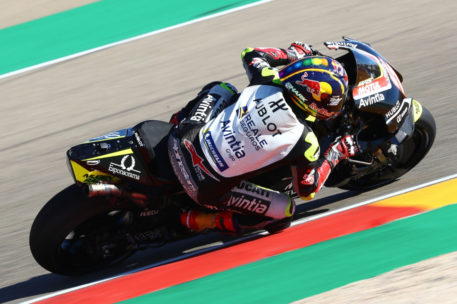 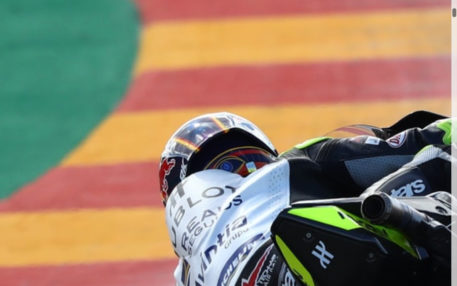 Race-used Shark helmet worn by Johann Zarco during the 2020 two race weekends held at Motorland Aragon and last seen in being used in the Teruel GP, while riding a Ducati for Avintia Esponsorama Racing.

The Frenchman Zarco is best known for winning the 2015 and 2016 Moto2 World Championships. He currently rides for Pramac Racing in MotoGP. With 16 Grand Prix victories across all classes and two Moto2 championships, Zarco is the most successful French rider in Grand Prix racing history to date. For the 2020 season, the Frenchman signed a one-year deal through Ducati to ride for Esponsorama Racing. During the Czech Grand Prix in Brno, Zarco took Esponsorama’s first ever pole position, followed up with a podium finish in 3rd a day later. Consistently finishing within the points, Zarco ended the season in 13th position overall in the riders’ standings.

This very distinctive helmet is signed on the visor by Zarco in silver marker pen and comes with a Certificate Of Authenticity. 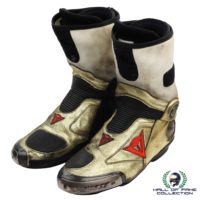 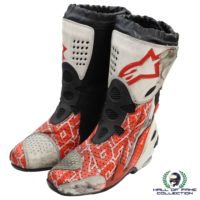