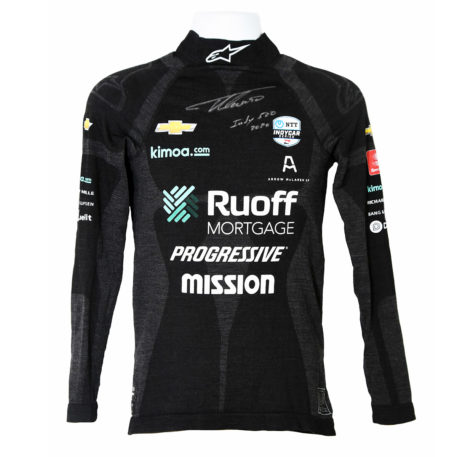 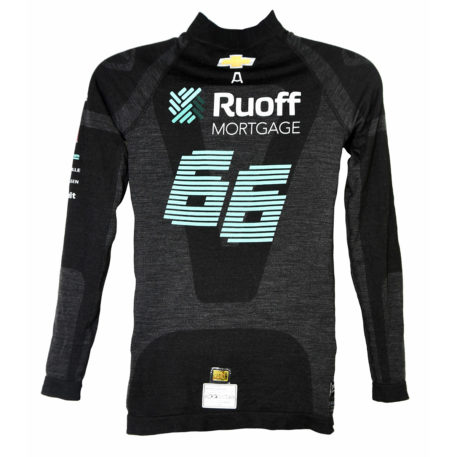 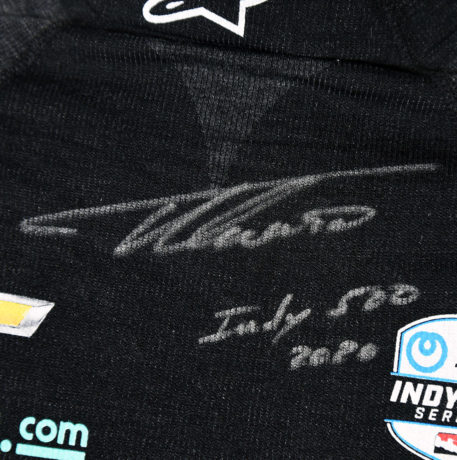 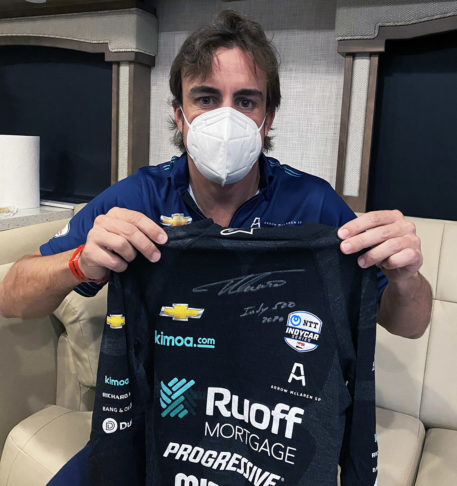 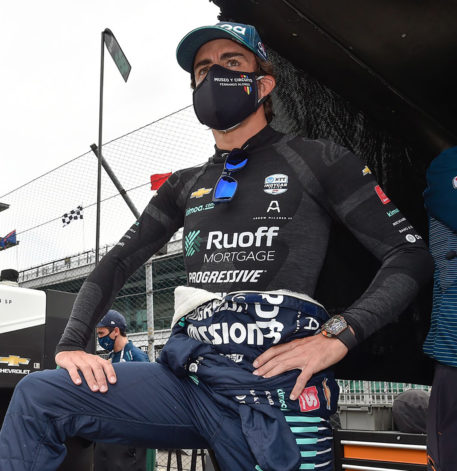 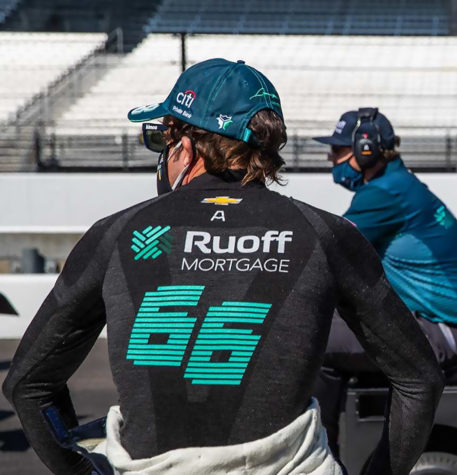 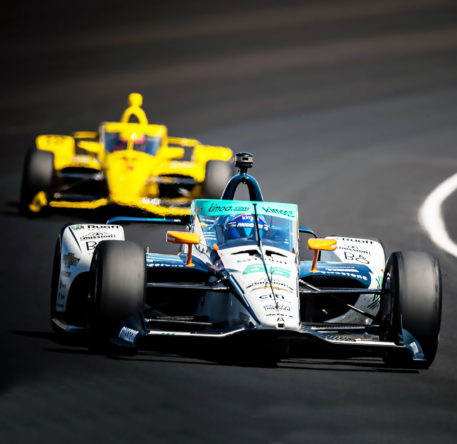 This Nomex fire retardant undershirt worn by two-time Formula 1 champion Fernando Alonso in his third attempt to win the final part of racing’s Triple Crown (Monaco Grand Prix, 24 Hours of Le Mans, and the Indy 500). The undershirt was worn during the recent 104th Running of the legendary Indianapolis 500 race which was postponed due to the Coronavirus Pandemic from its original May date and held in August. Alonso would drive the #66 Arrow McLaren SP entry during the race, unfortunately, clutch problems developed in his machine thwarting the Spaniards attempt to win the coveted Borg-Warner Trophy.

The black undershirt has many team and Alonso personal sponsorship brandings printed to the shirt. These include the main team sponsor Ruoff Mortgage as well as Kimoa, Progressive, and Mission to name but a few. The back of the shirt has Alonso’s race #66, engine supplier Chevrolet’s‘ bow tie’ logo printed to it with an FIA standard label and hologram to the bottom of the garment. Fernando Alonso has personally signed, dated and race documented the undershirt in silver marker pen to the middle of the chest and it will come accompanied with a full Certificate of Authenticity.