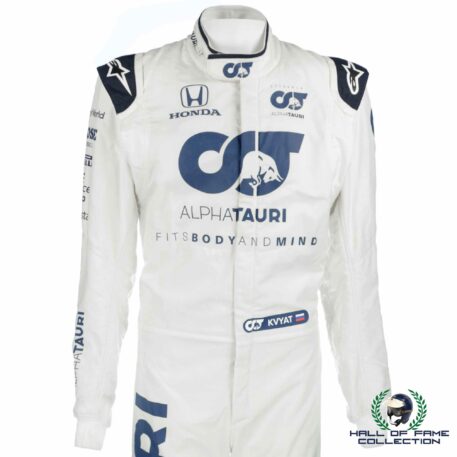 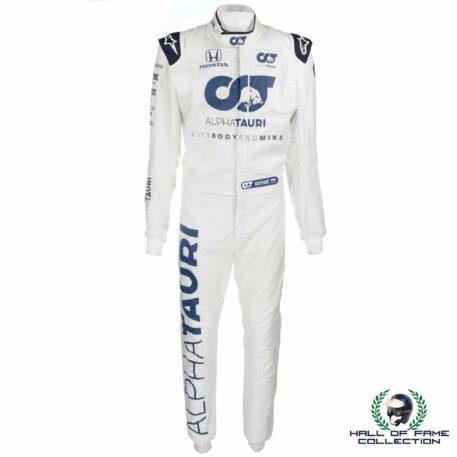 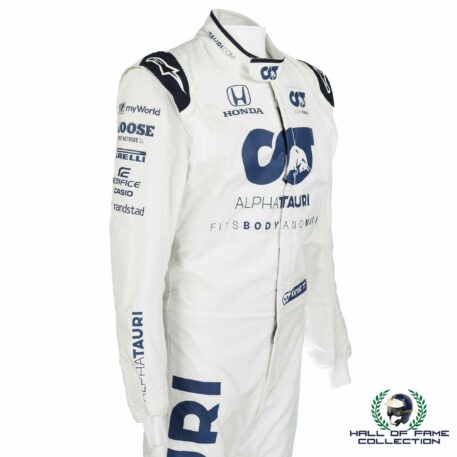 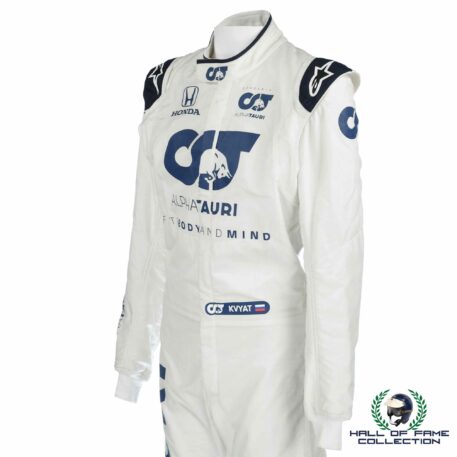 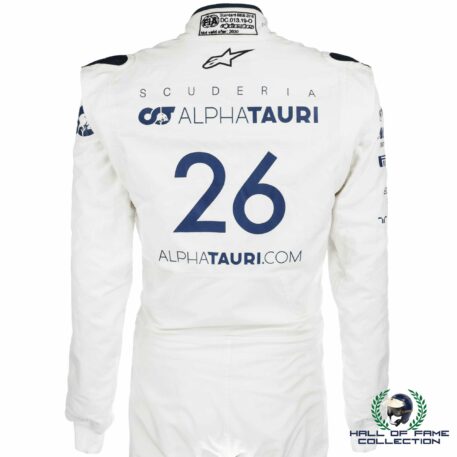 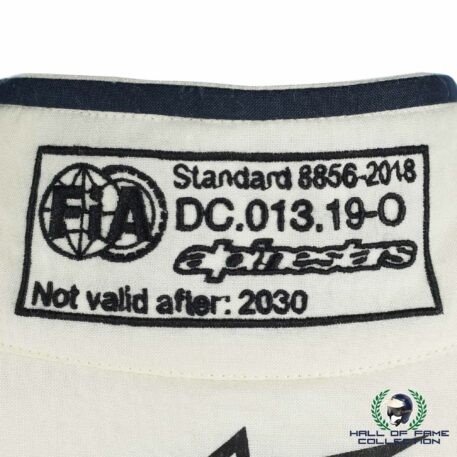 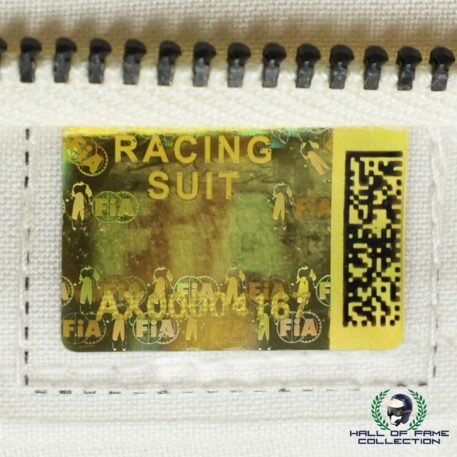 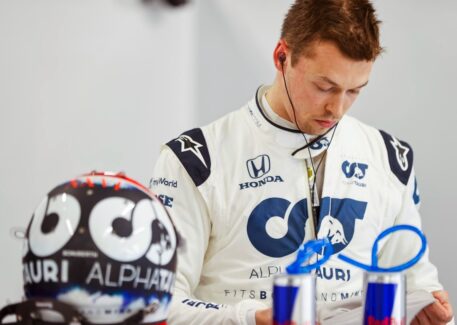 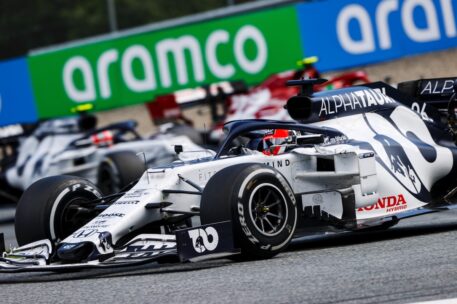 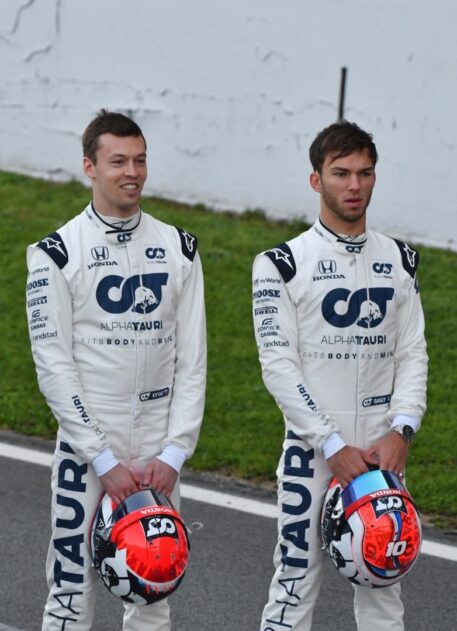 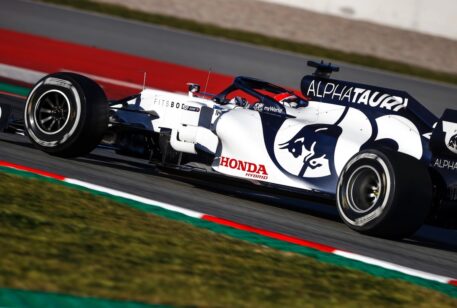 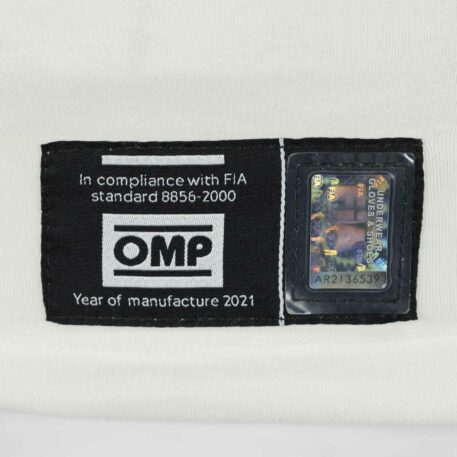 Race-used Alpinestars suit worn by Daniil Kvyat during the 2020 Formula One season while driving for Scuderia Alpha Tauri Honda.

Kvyat, who competed in Formula One between 2014–2017 and 2019–2020, racing under the Russian flag, became the second Formula One driver from Russia and is the most successful with three podiums to date. His most impressive podium was a fourth place finish in the 2020 Emilia Romagna Grand Prix where Kvyat pulled off a succession of masterful overtakes on Alexander Albon, Sergio Pérez and Charles Leclerc after the Safety Car restart. In all, Kvyat would score an impressive 7 top-ten finishes during the season.