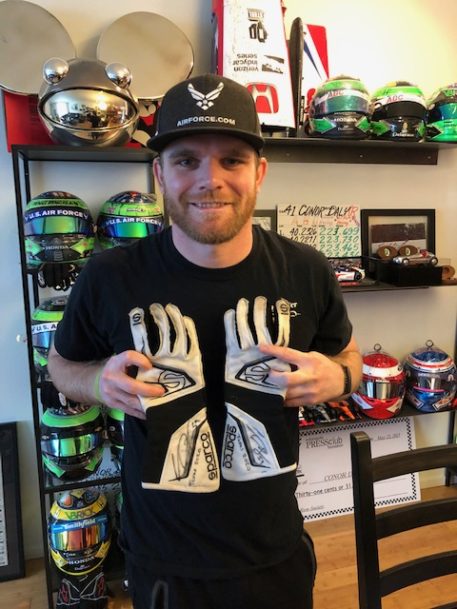 The race-used and signed gloves from NTT INDYCAR SERIES standout Conor Daly come from his five-race stint with Carlin Racing in the pandemic-impacted 2020 season.

Daly, who split the season with Carlin and Ed Carpenter Racing, had five races with Trevor Carlin’s team, and each resulted in a successful finish. Four of them were top-10 finishes, including a sixth-place finish in the season-opening race at Texas Motor Speedway and an eighth-place finish at World Wide Technology Raceway at Gateway.

Daly also scored the first pole of his IndyCar career, and it came at Iowa Speedway. He started third in the second of the two races held at Iowa that weekend.

These Sparco gloves, which were used by Daly in the Texas race, come with a Certificate of Authenticity, and they are the only such gloves in the Hall of Fame Collection inventory, and they figure to be snapped up quickly.