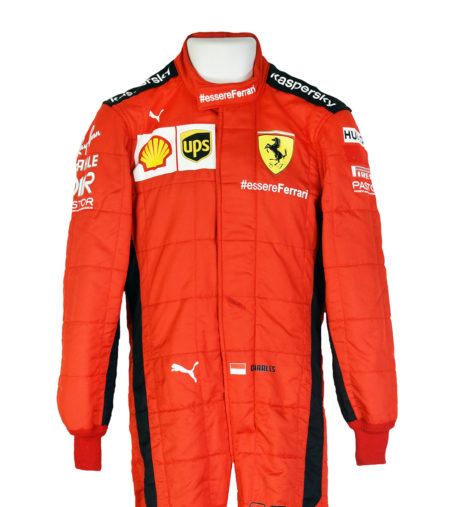 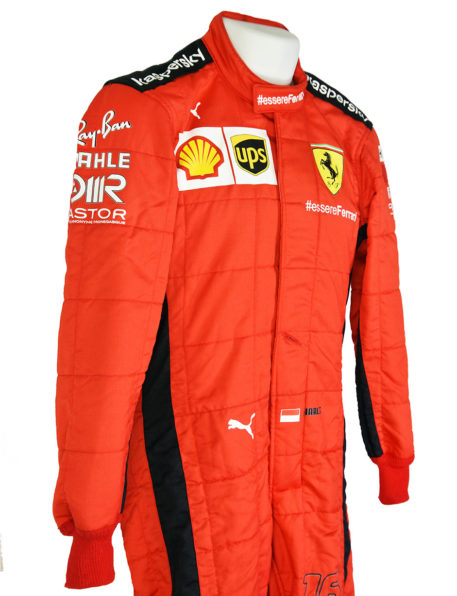 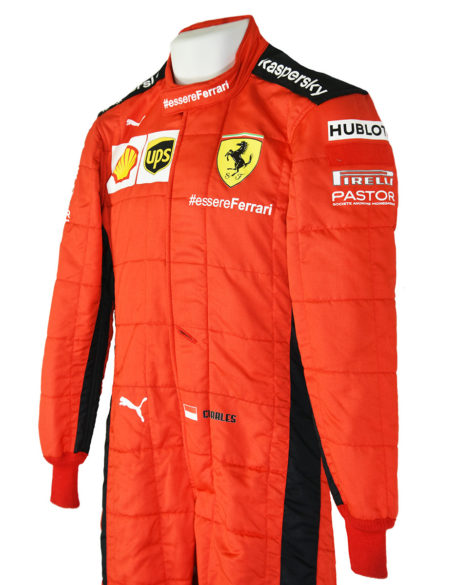 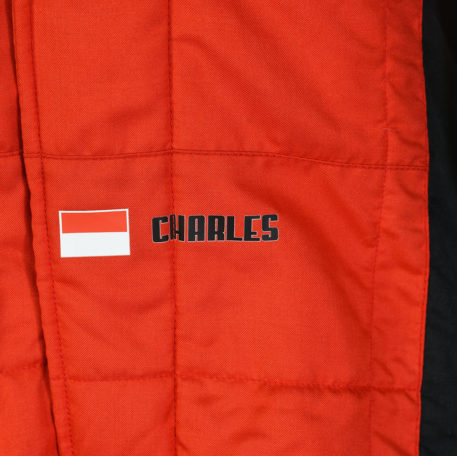 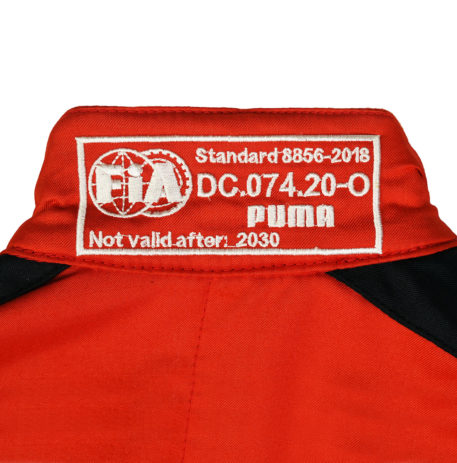 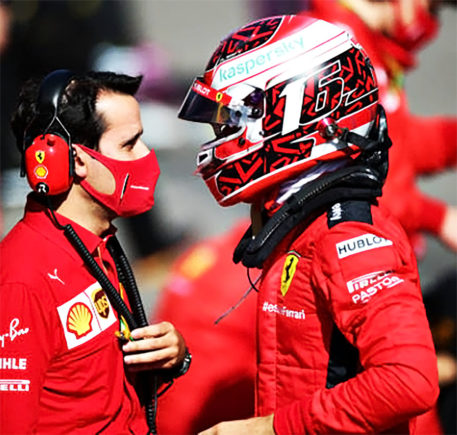 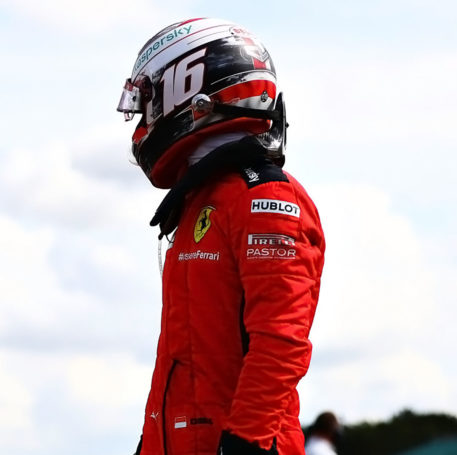 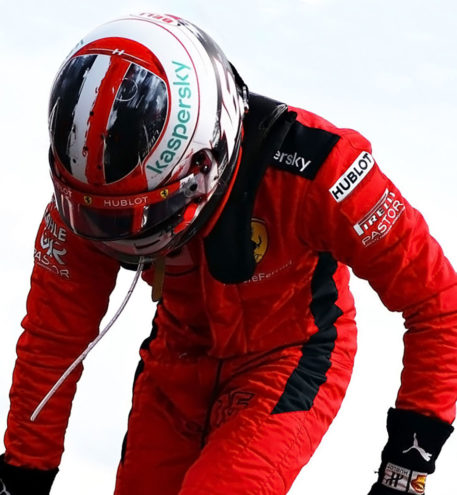 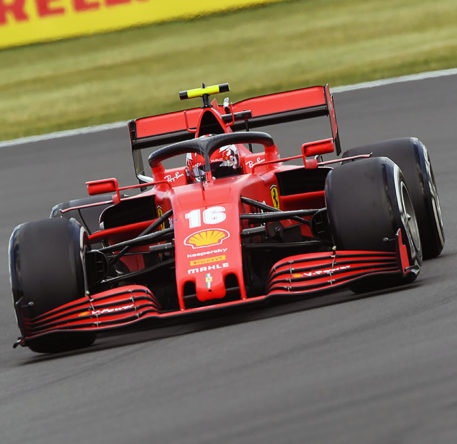 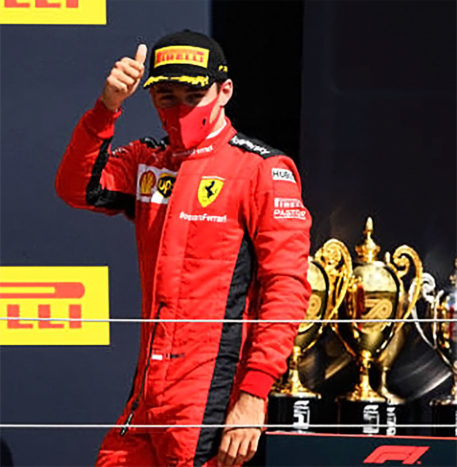 This Puma Racing Products Scuderia Ferrari race suit was worn by Monegasque driver Charles Leclerc during the Covid-19 affected 2020 Formula 1 season. The suit was race-used over both weekend events that were held at Silverstone Circuit in England, where he finished on the podium at the British Grand Prix and then an impressive fourth place in the 70th Anniversary GP the following week. This suit was also last used at the Sochi Autodrom in Russia.

If you closely study the suit’s left arm you will notice a ‘blanking patch’. The reason for this is that the Weichai Holding Group, one of Scuderia Ferrari’s corporate sponsors, had ended their association with the team after the season’s first two Grands Prix held in Austria. The team then removed all of the Weichai branding logos from the cars and equipment, as well as from all team wear as a result.

Many of these items can be seen in pictures with ‘blanking out patches’ throughout the rest of the season. However, most of the driver’s race suits after the Austrian events were printed without the Weichai branding but there were some suits the team used that had the branding logos covered with a red ‘blanking patch’ on their left arm. This is one of those suits (photo-matched) and, as already mentioned, only used for the British and Russian Grand Prix (see pictures).

The Ferrari red suit has black stripes running down its sides and inner arms. On the right upper chest are Shell Oil and UPS logos and the Scuderia Ferrari ‘Prancing Horse’ shield and #essereFerrari Twitter tag on the left. The arms have trademark branding logos printed on them, with Ray-Ban, Mahle, Pastor, and OMR Automotive on the right arm and Hublot, Pirelli, and again Pastor along with the blanking patch on the left. Both shoulders have Kaspersky lettered branding on them. The back of the suit has a repeat of the Scuderia Ferrari ‘Prancing Horse’ shield and #essereFerrari hashtag. Leclerc‘s name and national flag are printed on the waistband and his race #16 is printed on to the left thigh.

Race-used Ferrari suits are hard to acquire, especially ones as current as this one. This would be a great opportunity to add one to your collection.